Visit of New Democracy in the prefecture of Kozani

Visit of New Democracy in the prefecture of Kozani

The Secretary of the Political Committee of the New Democracy Pavlos Marinakis visited the prefecture of Kozani, the General Manager Giannis Bratakos and the Organizational Secretary Stelios Kontadakis accompanied by the Deputy Minister of Infrastructure and Transport Michalis Papadopoulos, MPs Stathis Konstantinidis and Paraskevi Vryzidou and the president of DEEP Lyssandros Metaxas.

The first stop of the visit was Siatista, where the Secretary of PE ND met with the Mayor of Voio Christos Zevklis and members of the municipal authority, discussing the issues of the Fair Development Plan and the main pillars of the region's economy: the primary sector and energy. The Mayor stressed that, actually, The Government has secured large funds for the development of the region, while he also referred to proposals that could contribute even more to the smooth implementation of the projects, equal distribution of resources and development initiatives, such as the new photovoltaic and wind farms, that will create new jobs.

Then the party executives visited the company Alfa Pastry, where they were welcomed by the owners Athanasios, Dionysis and George Koukoutaris. Alfa Pastry is one of the largest companies in Western Macedonia, which employs hundreds of employees in its branches maintaining its main production line in Kozani. The owners of the business referred to the direct function of the company's turnover from exports, highlighting the issues of increases, but also the measures taken by the Government to compensate.

The Regional Governor of Western Macedonia, George Kasapidis, was then met by the executives of New Democracy, talking to him about all the issues that concern the local community., with the top one being the energy transition and gradual de-lignification. The Governor stressed that the programs of the Region are adapted to the five objectives of sustainable EU development, as well as the public investment program. He mentioned, characteristics, that it is a historic opportunity for the country to utilize new green technologies and especially of green hydrogen, especially in industry, creating jobs in all sectors. The meeting was also attended by the President of the Regional Council West. Of Macedonia Kalliopi Kyriakidou.

Then, A meeting was held with the members of DEEP Kozani, where party officials discussed recent political developments and the upcoming New Democracy Congress to be held in May. Organizational Secretary Stelios Kontadakis even noted that a special base is given to Western Macedonia and the executives must be in the front line.

The General Manager of New Democracy, Giannis Bratakos, noted: "We fight every day. And through our struggles, we have become the faction that can get the country out of all the difficulties that have arisen. That is why it is necessary for New Democracy to win the next elections. We will therefore unite the vitality and appetite of the new generation with the wisdom of the older one. And we will manage in the next elections for New Democracy to be the government, to continue her excellent work. A lot of work awaits us. But we have people who are not afraid of work. And a DAP-NDFK and an ONED excellently organized and staffed ".

The next stop of New Democracy's visit was the Compulsory Cooperative of Kozani Crocus Producers. There, the party executives were welcomed by the Vice President of the Cooperative George Vatalis and the member of the Board Nikos Patsiouras. The compulsory cooperative is one of the two in the country with the second being that of Chios mastic. Kozani yolk is a special local product with increased quality characteristics and is exported worldwide, a product that promotes Greece and has many applications. The members of the Board focused particularly on the fact of keeping the traditions but also on the fact that this product creates many jobs in the local economy.

The visit to the prefecture of Kozani continued in Ptolemaida where the party executives met with the Mayor of Eordea Panagiotis Plakentas. Mr.. Plakentas stated that the Municipal Authority seriously and responsibly records the demands of the local community and is in constant dialogue with the Government on the issue of de-ligation. Write down, In addition, that recently thanks to the actions of the Ministry of Development and especially if. Minister Nikos Papathanasis has made significant improvements and referred to the need to support the local community until the projects and investments that have started can be completed.. The main topic of discussion was the proposals of the Municipality for the wider context of de-ligation and the possible exploitation of land, while the Secretary of PE ND Pavlos Marinakis stressed that de-ligation is a great effort that concerns everyone and that New Democracy is on the side of anxious citizens. The meeting was attended by the Deputy Mayor of Everyday Life, Cleanliness & Prasinou Christos Keskeridis and the General Secretary of the Municipality Savvas Papazoglou.

The visit of the executives of New Democracy in Kozani ended with a meeting with the representatives of the initiative "Greece 2028 – Depoliticization Observatory "at the Solergon factory. This initiative was created as an association of businesses in the area employing more than 3500 and is articulated in three pillars related to maintaining the stability of the energy network, the complete restoration of the area and the provision of the conditions that will make possible the transformation of the companies into other activities. At the meeting, where the proposals of the initiative regarding the de-lignification were developed with the Secretary of ND emphasizing that from the program itself and with the view to the next day we must develop the Fair Development Transition Plan for how we should move, The president of the initiative Kleanthis Aktenizoglou participated, Anastasia Karalipoulou, Chairman of the Board. of Solergon SA, George Lamprianidis, CEO of Kivos Atevee and Andreas Adamidis, Technologist-Engineer, owner of Adams Technology & Adamidis Co. OE.

The Secretary of the Political Committee of New Democracy Pavlos Marinakis stated: "The important meetings we had in Kozani and Ptolemaida with the representatives of the Depoliticization Observatory, with players, with the Local Government, with businesses, with the executives of DEEP, prove that our visit is anything but ceremonial, is deeply essential. Our own President and Prime Minister Kyriakos Mitsotakis attaches special importance to Western Macedonia, in the prefecture of Kozani and after many years we see that there is a specific plan for the development of the region, which begins and is implemented. We want Western Macedonia to become an "investment" Macedonia, to become an existing investment hub and we send the message that nothing will be left to chance and nothing will be left behind. We listen with great care and it is our duty to take the pulse of the local communities as well as the Government that has helped the citizens more than any other, but also the Local Government. New Democracy as a government does not legislate on the basis of possible political costs, but with a view to a better future for all citizens. The purpose of our presence today is clear: to record the concerns of the inhabitants, their issues, what concerns them and with them to try to solve them. On the other, we are here to promote the work of this Government which is unprecedented, depending on the difficulties we have encountered. For the first time, a Government and a Prime Minister have implemented their election program to the letter and we are very proud of that and at the same time we want the citizens to know that everything is being done to improve their daily lives.. We are on their side, we are all together for a better Greece ". 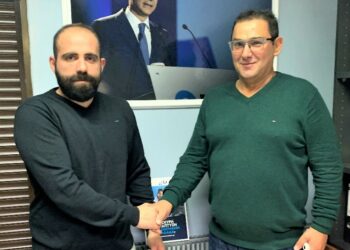 DEEP Kozani was formed into a body

After the recent internal party elections of the NEW DEMOCRACY and the invitation of the newly elected President of the Organization of the Electoral District (ΟΕΠ)...

Following the recent internal party elections of the NEW DEMOCRACY and the emergence of the new Administrative Bodies in the N. Kozani,... 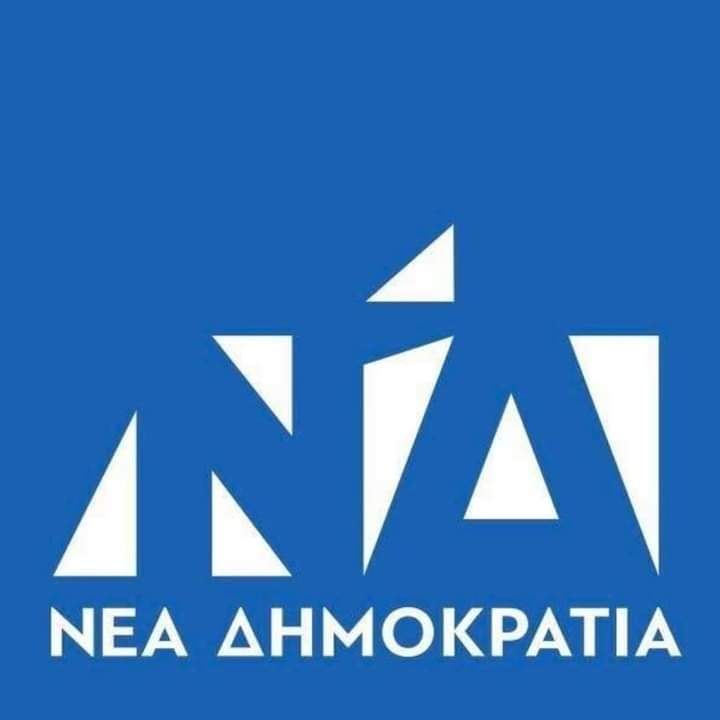 Xanthippi Tsitsa was the only candidate for DIM.TO. Voio and will be the new president of her organization ...

Lyssandros Metaxas will be the new president of DEEP (ΝΟΔΕ) Kozani

Lyssandros Metaxas will be the new president of DEEP (ΝΟΔΕ) Kozani, as (according to unofficial results) prevailed in ...