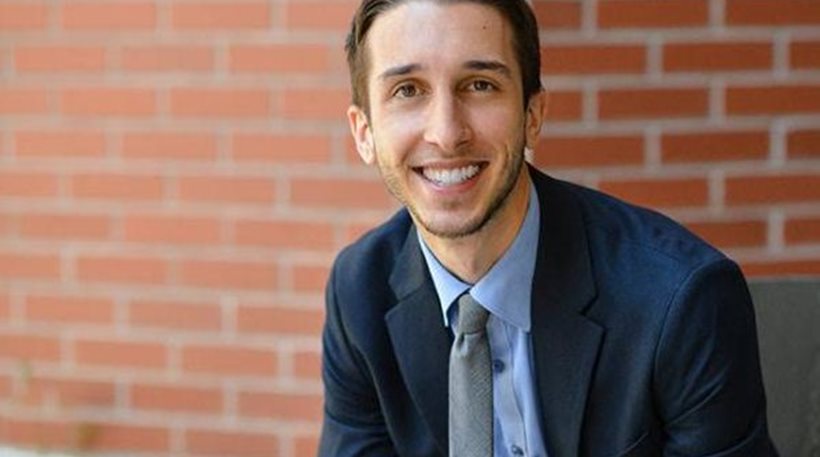 Thanos Nioplias: The son of the veteran football player, originating from Galatini, Kozani, excels as a psychotherapist in Manhattan

Thanos Nioplias: The son of the veteran football player, originating from Galatini, Kozani, excels as a psychotherapist in Manhattan

Many would expect to see him in the stadiums enchanted by the round goddess and the moments of glory that his father Nikos Nioplias lived in Greece and abroad, but football was just a childhood hobby for him.

Thanos Nioplias crossed the Atlantic to make his dream come true and dedicate himself to the science he loved, psychotherapy. Today he works at a treatment center in Manhattan that specializes in anxiety disorders and talks to protothema.gr about the decision to "immigrate", the brain drain but also the misunderstood concept of psychotherapy in Greece.

"Let me start by saying that my family is generally democratic! They did not try to impose their opinion on me and they still believe that I have to decide for myself about my life. Football was a childhood activity, a hobby, I admire my father but I never thought of becoming a professional. I received my degree in Psychology from Panteion University and my Master's Degree in Clinical Psychology from City University of New York. I had traveled to New York before and I was fascinated by the city, so I tried to get into a graduate program there. An important motivator was of course the way clinical psychology is studied and practiced here, which is more developed compared to the rest of the world. Moreover, Most clinical approaches and interventions in psychotherapy have been produced in American universities in recent decades., so a clinical psychologist has a lot of stimuli and opportunities for training ", reports.

Today he works as a psychotherapist at the "Center for Anxiety", a center specializing in anxiety disorders and previously worked as a counseling therapist at two New York universities, where he provided individual and group sessions to students. According to Mr.. The financial crisis of recent years has burdened the mental health of the world as each person can no longer organize their choices, his future. "Man needs to exercise some control over his future- to be able to predict to some extent in important areas of his life, such as work, health and family or interpersonal relationships. So, in times of crisis everything is fluid - as we have seen in recent years with political developments in Greece- and therefore it is difficult for many Greeks to exercise control over their choices and lives both individually and socially. This condition brings feelings of anxiety. Alongside, Sadness is a basic emotional state that we experience when we feel that no action can change a problem.. I think this very feeling of helplessness in times of crisis can make us more prone to depression. ".
Although New York fascinates him, Thanos Nioplias would like to return to Greece although professional opportunities here are limited. He also states that the "brain drain" is unfortunately a serious problem facing the country and has caused confusion among young people who are unable to define their true values ​​and needs.. "Although the prospects are quite limited for the industry, although a few years ago it was growing, I am thinking of returning in the coming years, to work privately, to transfer my knowledge from the USA to Greek patients, as well as to continue my research interests in Greece. I would suggest to the thousands of young people who immigrate to think about the values ​​and needs they consider important in their lives and how moving to a foreign country will favor or hinder these needs.. If the work, education and economic development are priorities, then immigration to a more economically viable country is likely to be smooth or even positive. If values ​​such as family and interpersonal relationships are more important at the moment, Immigration may be quite difficult ".

According to Mr.. Newly used in Greece, the term "psychoanalysis" has prevailed rather incorrectly instead of "psychotherapy", where the patient lying on a sofa was talking incessantly. In New York psychotherapy is very popular and widespread in relation to the big cities in Greece. "The mental health sector here is closely linked to other structures and systems of society. Schools and doctors in America refer people to psychologists when they think they need help.

In Greece it seems that this is not done while many times it is up to the individual to seek the help of a psychotherapist.

It is not taboo in America. Psychologists in America work in schools and universities and often even businesses. But even this seems to be changing in Greece in recent years. ", he tells her protothema.gr.