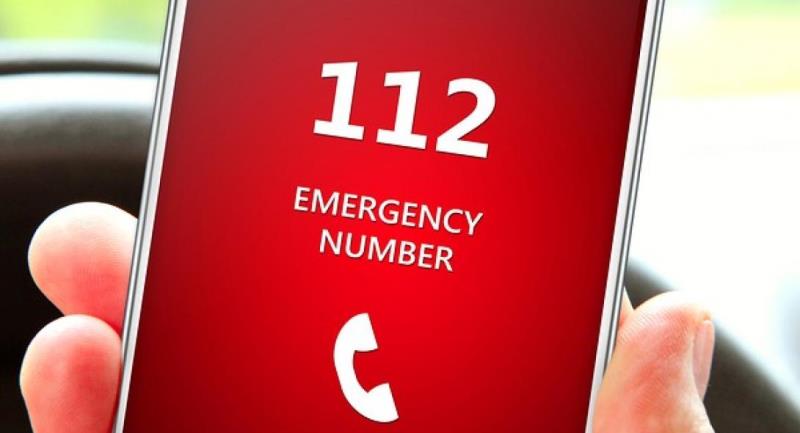 Upgraded to 112: The new feature..The exact callers will be located

Upgraded to 112: The new feature..The exact callers will be located

A major upgrade to the emergency number 112, who will now pinpoint who they are calling.

Specifically, The geolocation of all those who call the European Emergency Number is now done with absolute accuracy 112, from "smart" Android mobile phones, after the implementation of a program, by the General Secretariat for Civil Protection, in collaboration with the Ministry of Digital Governance, Google and mobile providers in Greece (Cosmote, Vodafone, Wind, Forthnet).

The program, after a pilot operation carried out the interval from 20 June to 14 July, in Attica, as part of its ongoing upgrade 112, was formally implemented by GGP, from the 15 July, as the Android Emergency Location Service was launched (THEM) for mobile phones with Android operating system throughout Greece. This is a service that automatically detects the exact location of the caller in case of his call 112 or sending a message from a smart phone.

For as long as the call lasts, the device automatically activates its geolocation service and collects location data. Once the position of the mobile is found with sufficient accuracy, the information is sent directly to 112.

As announced by GGP, detection is now done by automatically activating the mechanism, provided the caller uses existing mobile telephony technologies (Wi-Fi, GPS, Mobile antennas and sensors on smartphones). Accuracy of location, according to the tests performed is better than 100 meters, even indoors at 90% of cases. Until now, the location was based on the antenna station in the area from’ where the call was made, with an accuracy of the order of 500 meters to 40 kilometers.

The GPA points out that: "ELS is a significant upgrade of its business capabilities 112, because it allows emergency services (Greek police, Fire brigade, National emergency center, Coast Guard – Hellenic Coast Guard) to reach the person in urgent need faster.

The service can be especially useful in cases of search and rescue operations in mountainous areas, in isolated areas, in the countryside in general, but also at sea. In addition, This service significantly improves the access of people with disabilities to emergency services, as it is now possible to quickly locate the position of our fellow human beings who communicate with 112 via SMS ».

Please note that the service is provided free of charge and works on all mobile phones running Android (version 4.1 or newer) and have a connection of any kind (contract, card contract, card etc.) with any mobile telephony provider in Greece, when they are in their provider's network and have unlocked their mobile SIM card. In the context of its constant upgrade 112 in our country, the General Secretariat for Civil Protection is considering extending the function to roaming users.

They were looking for the elderly man in the whole area and he was his home. Σε συναγερμό τέθηκαν οι αρχές πραγματοποιώντας μεγάλη κινητοποίηση για...