Inhibition of all ranitidine drugs (Zantac) -They contain a carcinogen

Inhibition of all ranitidine drugs (Zantac) -They contain a carcinogen

It reaffirmed its recommendation to suspend all ranitidine drugs in the EU, the EMA Committee on Human Medicines (CHMP), due to the presence of low levels of impurity called N-nitrosodimethylamine (NDMA).

NDMA is classified as a potential human carcinogen (a substance that could cause cancer) based on animal studies. It is present in some foods and water and is not expected to cause harm when consumed at very low levels..

What we know about ranitidine

Ranitidine belongs to a class of drugs known as H2 blockers (histamine-2), which work by inhibiting histamine receptors in the stomach and reducing stomach acid production. It is used to treat and prevent conditions such as heartburn and stomach ulcers. Ranitidine-containing drugs have been nationally approved for approximately 30 years and are available as tablets, syrups and injectables.

Available safety data do not indicate that ranitidine increases the risk of cancer and any potential risk is very low.. However, NDMA has been found in many ranitidine drugs above the levels considered acceptable and there are unresolved questions about the source of this impurity.

There is some evidence that NDMA may be formed by degradation of ranitidine itself with increasing levels observed during its lifetime.. It is not clear whether NDMA can also be formed from ranitidine in the body. Some studies show that it can, while others do not. Because of the uncertainties, the CHMP recommended it in April 2020 the preventive suspension of these drugs in the EU.

Note that ranitidine is used to reduce stomach acid in patients with conditions such as heartburn and stomach ulcers.. Alternatives are available and patients should contact their healthcare professional for advice on their medication..

Many ranitidine medicines are not available in the EU for several months. This is due to the fact that the national authorities withdrew them as a precaution while the EMA review was ongoing.

The review of the Drugs Committee

After the review, the CHMP maintained the conditions for the lifting of the drug suspension, including requirements for companies to provide more data on the possible formation of NDMA by ranitidine in the body. NDMA formation in the body is expected to be very low after a single low dose of ranitidine given by injection or infusion. (stagnant). Hence, CHMP slightly modified suspension removal conditions for those ranitidine drugs administered by injection or infusion as a single dose, low dose.

From 2018 NDMA and similar compounds known as nitrosamines have been identified in many drugs. EU regulators have acted to identify potential sources of contaminants and set strict requirements for manufacturers.

The EMA will continue to work with national authorities, the EDQM, the European Commission and international partners to ensure that effective measures are taken to prevent the presence of these contaminants in medicinal products;.

What patients need to know

Ranitidine is inhibited in the EU as a precaution due to its presence, at low levels, called NDMA.

Alternative medicines are available to reduce stomach acid. If you have been prescribed ranitidine, your doctor will advise you on an alternative.

Contact your doctor or pharmacist if you have any questions about alternatives..

Ranitidine is inhibited in the EU due to the presence of NDMA impurity.

Available clinical and epidemiological data do not indicate that ranitidine increases the risk of cancer. However, NDMA has been found in many ranitidine drugs above the levels considered acceptable.

Although the exact source of the ranitidine impurity has not yet been determined, It is possible that NDMA is formed by the degradation of ranitidine even under normal storage conditions. Some studies have shown that ranitidine can induce endogenous NDMA formation by degradation or metabolism in the gastrointestinal tract., but other studies did not.

While ranitidine drugs are not available, patients should be informed about alternative medicines.

Health professionals should advise patients taking ranitidine, with or without a prescription, on how to treat or manage conditions such as heartburn and gastric ulcers. 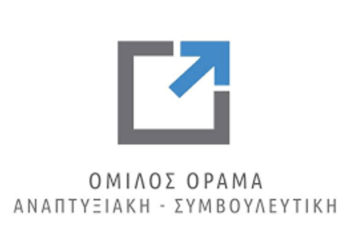