Andreas Patsis: "I feel justified now that the immigrants have left the hotels of Grevena"

Andreas Patsis: "I feel justified now that the immigrants have left the hotels of Grevena"

Interview on the radio station Star FM of Western Macedonia and to journalist Mimi Christos on Monday 22 February the MP of N.. Grevena of New Democracy, K. Andreas Patsis.

The topics of the debate were numerous with the Member mentioning, including, in the case regarding the complaints against the former artistic director of the National Theater, K. D. Lignadis, the final removal of refugees and the final closure of the Structure in Grevena, in the recent letter of the Commercial Association of Grevena and in the unpleasant event of the beating of the Deputy Mayor of Grevena, K. D. Μπόλη.

The following are the main points of the interview:

Regarding the complaints against the former artistic director of the National Theater, K. D. Lignadi and the responsibilities of the Government, the MP stated categorically that for the choices of each person in his personal life "it is clear that the Government has no responsibility" emphasizing that "the issue of political responsibility is completely different and concerns each politician Separately", while he concluded by claiming that all these shocking events as a whole "have neither color nor party".

"The structure in Grevena is closed. It was a political position that I expressed from the beginning of my term, and now I'm right. What we need to take advantage of are the Social Tourism programs, where with them, Grevena will start moving and there are other suggestions of mine that we will see along the way ", was the MP's statement regarding the evacuation of refugees and the final closure of the Structure in Grevena, emphasizing that "all together from now on we must look to the next day".

Regarding the letter of the Commercial Association of Grevena, Her positions are in agreement with the Member of Parliament, who asked the Region of Western Macedonia to increase the percentage corresponding to Grevena from the program: "Support for small and micro-enterprises affected by the Covid-19 pandemic".

Referring to the recent incident that took place inside the City Hall against the Deputy Mayor of Grevena, Dimitrios Bolis, which will be defended by the Member of Parliament in court, he clarified that "such behaviors which directly affect democracy and the democratic right to freedom of speech of every human being, and bullying, should be punished exemplary by the Greek justice "leaving tips against the Greek Police.

Listen to the full interview here: 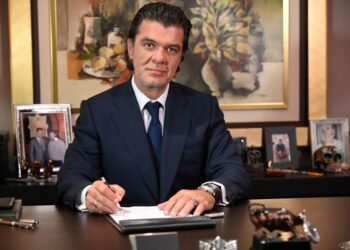 Question by Member of Parliament P.E.. Grevenon Mr.. Patsi for compensations of affected producers of PE Grevena from frosts

In a Question submitted to the Minister of Rural Development and Food, Mr.. Georganta proceeded, on Thursday 14 April 2022, the Member of Parliament .... 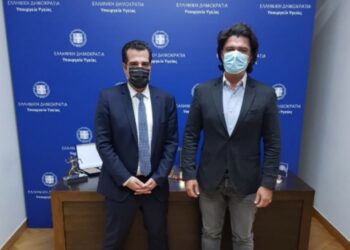 Meeting of the MP of Grevena Mr.. Patsi with the Minister of Health Mr.. Side

The Member of Parliament for Grevena, Mr.. Andreas Patsis had a meeting with the Minister of Health Mr.. Athanasios Plevris. The meeting was held in a warm ... 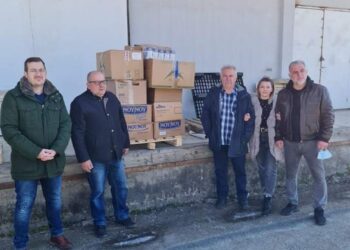 Andreas Patsis: Humanitarian aid to the people of Ukraine

In the shadow of the horror of dramatic developments in Ukraine, we say NO to war. We say NO to the unjust killings of the innocent. The...

I am pleased to announce a great project to improve the quality of life of the residents of the Municipality..