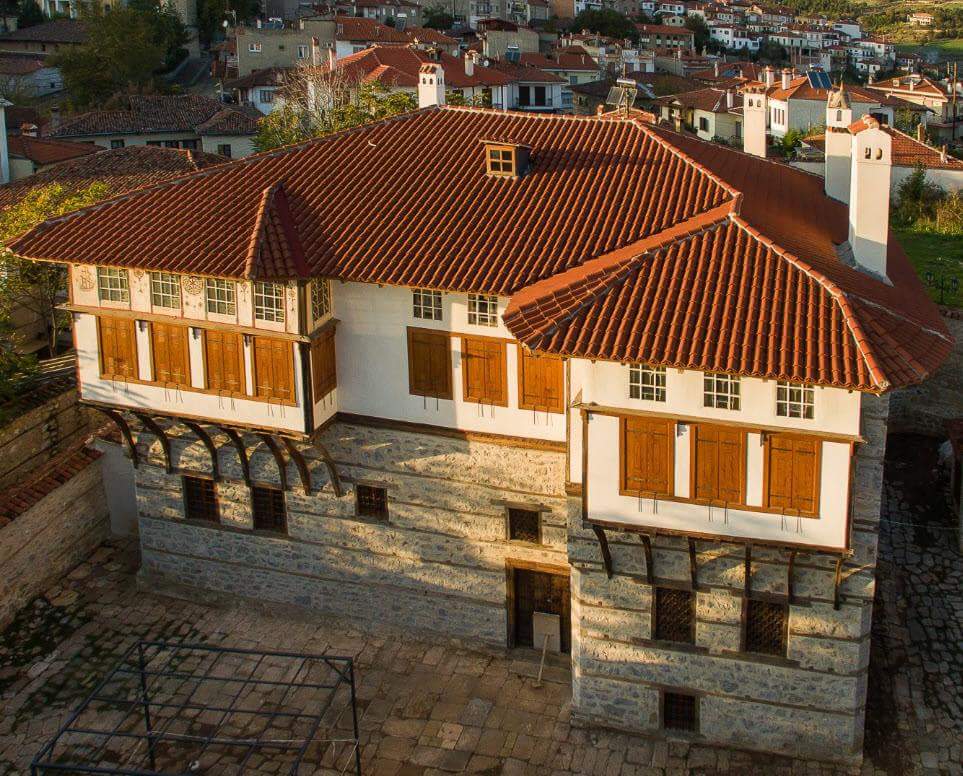 One of the most famous mansions in Western Macedonia with unique frescoes and original decoration.

Hearing the name Shiatista, the first thing that comes to mind is a small town in the mountains of Macedonia that has locked its history in more than a hundred scattered mansions.

Some can be visited and others are in a dilapidated state, the mansions of Shiatista became identified with family histories, riches and past glories of another era. Inside this "mansion oasis", better known to the general public is the mansion of Pulkos.

Turning into the small alley at Gerania district of Siatista, the whitewashed stone-built mansion with its dark-colored eaves and small wooden windows immediately catches the eye. With a quick glance, the tall and imposing mansion leaves the bittersweet feeling of a bygone and somewhat forgotten glamor of a different era. Standing in the door of the stone wall, you wonder who this mysterious one could be Pulko for whose sake such a magnificent mansion was built.

In fact, the famous mansion, not only was it not built for the sake of the mysterious Pulkos, but it became her property nearly two centuries after its foundation. The story of the majestic mansion almost begins 300 years earlier, when the wanderer Greek merchant of Ottoman Empire originally from Siatista, Theodoros Emmanuelides, he decided to build a huge mansion in his hometown.

As the stone inscription next to the main entrance of the mansion also states, the mansion was founded on1752 and, according to historical sources, it was intended as the main residence of the Shia merchant, who had then acquired administrative powers in the region. Designing down to the smallest detail, TheEmmanuelides invited the most famous artisans of the region to take care of the interior of the large residence he intended for himself.

The result; An ultra-luxurious – by the standards of the time – mansion with two floors, hustle and bustle, fireplaces, auxiliary spaces, a huge cellar for wine storage and spiral staircases for the giants.

In addition to the complex layout of the space, what attracts the attention of every visitor is the luxurious interior decoration that literally covers every corner of the space, leaving no surface uncovered.

As a wealthy merchant, The Emmanuelides he had ordered stained glass windows, carved painted ceilings, skylights, city ​​murals, mesanders, wooden wardrobes and ornate doors to decorate the huge rooms he had designed. Such sophisticated decoration makes you wonder what the mansion would be like, if inside these spaces there were also the divans with the colorful flokates and the laid out tables with the Macedonian pies and hot tea.

As a cosmopolitan merchant of 18century, The Emmanuelides he wanted to show off the vast wealth he had amassed, but also to keep the memories of the trips he had made. Because, Nevertheless, photography was an unknown word then, Emmanuelides hired the best painters in the area to paint the best city murals, as well as the rare valuable stained glass windows with which he filled the rooms of the mansion.

Including, the mansion of Pulkos it is known for its rare fresco Istanbul – based on a corresponding lithograph by Vatopedi Monastery – with pastel colors, the thin black lines and the flying dragons, while Byzantine eagles, plants and painted garlands adorn many of the exceptionally well-preserved frescoes in various parts of the mansion. No reason, of course, for the painted square ceilings and all sorts of surfaces covered with elaborate plant motifs in shades of green, red and yellow.

Maybe, Nevertheless, more impressive are the mansion's rare stained glass windows. Painted in bright colors that allow the little light of the cloudy area to harmoniously penetrate the space, they create a feeling of warmth in a colorful feast that fills the space. Plants with elaborate flowers, Byzantine eagles, coats of arms and other symbols fill the square stained glass windows placed with mathematical precision high on the walls.

Although the luxury of the mansion exceeded all imagination for the conditions of the time, luck was not on his side Emmanuelides. Fate had other plans and he didn't get to enjoy the luxurious residence he was preparing, as he died of an unknown cause without ever having time to inaugurate the house he so painstakingly designed from scratch.

Very fast, the mansion changed hands, as a fellow citizen of Emmanuelides and an acquaintance tobacco merchant in Vienna, The Lazaros Pulkidis, he wanted to endow his beloved daughter and was looking to buy for her one of the best houses in Siatista. Something like that, the demon merchant paid land and water, to buy the finished house of Emmanuelides, and the new owners immediately settled in the magnificent mansion. Within the next two centuries, the mansion was passed down from generation to generation until the 1910 the infamous Pulko - scion of the Pulkidis family - inherited the mansion from her mother. For some - unknown to this day - reason, the heiress Pulko also bequeathed her name to the mansion, which remains to this day known as mansion of Pulkos.

The mansion was inhabited continuously by the descendants of the owners until 1965, when the Greek government expropriated most of Siatista's mansions with the aim of protecting them from the furore of the consideration that threatened them with definitive disappearance. Expropriation, Nevertheless, accompanied by a very slow restoration and the mansion finally became open to the public almost fifty years later.

Before restoration, the mansion was in very bad shape. Two centuries of continuous habitation had left their mark for good. The frescoes had faded and the wooden decoration had nothing to do with its original glory, while the garden of the mansion was filled with auxiliary parapets that buried the imposing facade of the building for good. This resulted in the mansion-jewel remaining in obscurity for many years and after constant restorations finally becoming visitable for public the 2017. Although today it has ceased to be a residence, the luxurious mansion of Pulkos constantly hosts cultural events and is open daily to the public for tours offering a nostalgic tour of a bygone past. 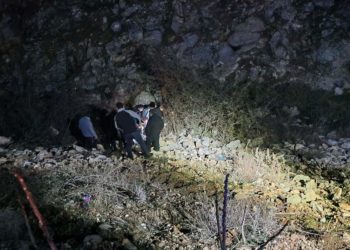 A happy ending for 66-year-old Filio. Video of the rescue

The mobilization of the volunteers and the Mountaineers of Shiatista, was decisive for locating and rescuing 66-year-old Filios... 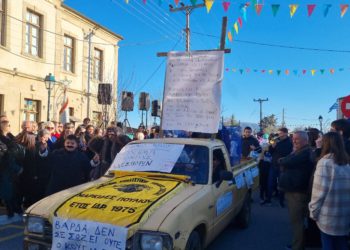 Photos from the Boubousaria parade in Siatista 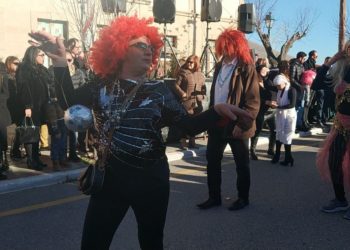 The Boubousaria of Siatista were revived on Epiphany. Topics like gnomes, I move electrically, grandfathers and grandmothers, the strays, the ...

On the eve of Epiphany, the feast for the Boubousaria Siatistas began in Gerania Square. See the video and photos...