The news of the death of a 69-year-old woman spread grief in the small community of Velvento, which was bitten by a bee or wasp, on Saturday, while she was at home.

According to Kozanimedia, the unfortunate woman was allergic and, in fact, after the sting he allegedly managed to do the necessary, in such cases, injection, without, however, to successfully treat the allergic shock caused by the sting, with the result that the 69-year-old ends up.

It should be noted that an EKAB ambulance arrived in Velvento immediately, whose crew made superhuman efforts to save the unfortunate woman

Velvento: Complaint about the monument at the Shelter

Amanatidis: The process of establishing a Police Station is completed (LET) Velventou 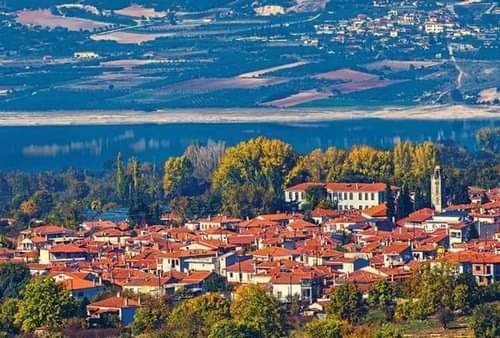 Manolis Stergiou: “The P.E.. Kozani enters the deep red level of alarm and with it the Municipality of Velvento. One wonders why this generalized decision was made

Manolis Stergiou: “The P.E.. Kozani enters the deep red level of alarm and with it the Municipality of Velvento. It is surprising ...

Sorry, wrong "from the central EODY - They take back the case they announced in Velvento

"Sorry… wrong" from the central EODY for a case that was officially announced as recorded yesterday, Sunday, in Velvento! According...