Meeting with the Minister of Rural Development and Food Spilio Libanos, held on Wednesday morning 17 Of March, the mayor of Voio Christos Zefklis and the Regional Governor George Kasapidis.

According to information of siera fm, in the discussion, her issue was raised change of use of the plot of VIOPA, as YAAT is also involved, and the bureaucratic procedures to be handled as quickly as possible.

Also on the table was put the long delay in disbursing the compensation of furriers with 3 euros per skin due to the pandemic.

Finally, the consent of the ministry was requested in concession of the nursery of Naples in the Municipality of Voio for its utilization. 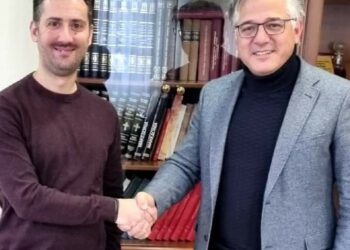 We welcome Dimitris Zagoudinos from Mikrokastro to our lineup, entrepreneur, network/communications technician with IT studies. Dimitris, thank you... 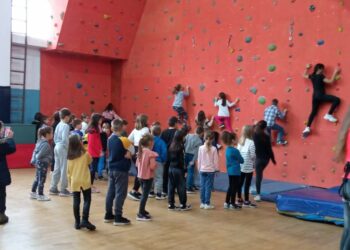 Siatista: The inauguration of the new climbing track of the Siatista Mountaineering Association took place. Video

The new climbing track at the Siatistas school gym was inaugurated today by the Mayor of Voiou Christos Zeuklis with the Siatistas Mountaineering Association.... 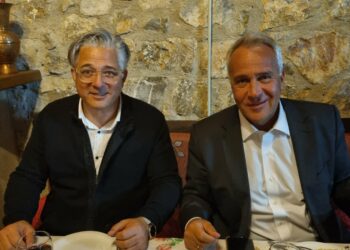 The Minister of Interior Makis Voridis in Siatista

At a friendly table organized by the Mayor of Voiou Christos Zeuklis, found Wednesday night 2 November, the Minister of the Interior...

The Mayor of Voiou Christos Zeuklis for the natural gas networks in Siatista, Neapolis and Galatini

One step closer to realizing one of our commitments. The gas networks were licensed by the Energy Regulatory Authority..