Because there was no decision for the schools in the Municipality of Voio due to cold;

Because there was no decision for the schools in the Municipality of Voio due to cold;

The schools in the Municipality of Voio operated normally from the first hour on Thursday.

Given that in the other Municipalities a decision had been made for an hour delay in the start of classes, There were several comments on the internet why the Municipality of Voio was differentiated.

In a relevant response from the Municipal Authority, It is reported that many factors are taken into account in making decisions.

The situation on the road network, the change of bus and taxi routes, the problems that can arise in working parents.

The Municipal Authority states that there were no substantive reasons for such a decision.

Life: Rejection of the precautionary measures of the former employees in Pentalofos

According to exclusive information of siera fm, on Tuesday 17 The decision on the appeal of the former employees was issued in May..

Municipality of Voio: Granting scholarships from the income of the inheritance Th. Manousi

The Municipality of Voio will grant from the revenues of the Heritage "Th. MANOUSI "to excellent students of AY and BY Lyceum, where... 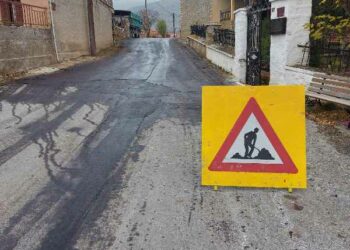 Siatista: The road to Buno is closed for repairs

Temporary rehabilitation works will be carried out in the Bunos district in Siatista. According to information from siera fm, the works will ...