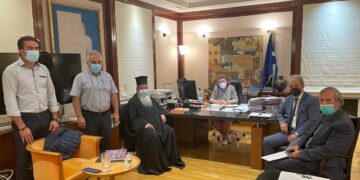 George Amanatidis: "Culture is our heavy heritage and legacy for the future"

George Amanatidis: "Culture is our heavy heritage and legacy for the future" 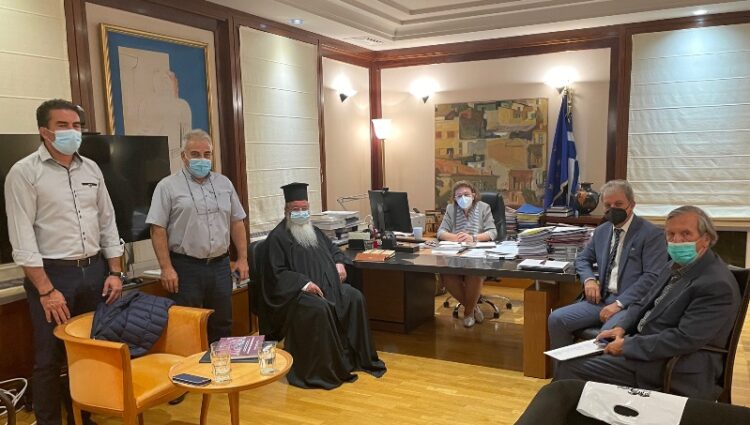 An interesting meeting took place at the Office of the Minister of Culture and Sports Ms. Lina Mendoni on the initiative of MP N. Kozani Mr.. George Amanatidis.

They participated, also, His Excellency Mr. Pavlos of Serbia and Kozani, the Mayor of Velvento Mr.. Manolis Stergiou, the Deputy Mayor Mr.. George Achillas and the President of the Association of Letters and Arts of the Prefecture of Kozani Mr.. Polyneikis Angelis.

Issues related to the utilization of the old Gymnasium-Lyceum located right next to the Holy Church of the Assumption of the Virgin Mary were discussed and various issues of protection and utilization of the cultural heritage raised by the Mayor were addressed on the spot.. (Exhibition of Archaeological and Byzantine Collection, maintenance of Agios Dimitrios Gratsanis, expropriation of the private property Kamkouti on which the Early Christian Villa is located).

The Museum of the Macedonian Struggle in Burino was presented as an emblematic work that is the reference point of the beginning of the struggle for the liberation of our Macedonia and for this purpose the necessary actions were planned..

The Folklore Museum of Kozani is the flagship of culture in the city and the steps for its upgrade were agreed.

During the meeting of MP N.. Kozani Mr.. George Amanatidis, at Drepano on 16-01-2022, a productive dialogue took place according to ...

Amanatidis: "The prediction I suggested is a birthday, has joined and is in force in the recruitment system in the public sector through ASEP, for the benefit of the Prefecture of Kozani ”

The Community of Sparta was visited by MP N.. Kozani George Amanatidis

On Sunday 9/1/2022 Member of Parliament N.. Kozani Mr.. George Amanatidis met with residents of the Community of Sparta in order to ...

Following recent meetings in Tranovalto on the integrated management of the Tranovalto marble area, after the publication of the Environmental ...