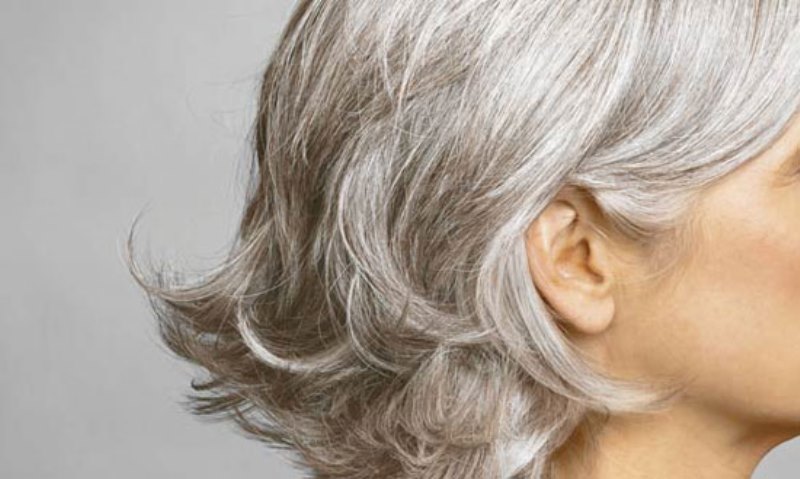 Gray hair is unavoidable for most people. It is a natural biological process that accompanies aging. However, could also be due to other factors.

Gray hair has a much greater effect on a person's appearance than on biology. For this reason, Many people panic when they see gray hair and try all sorts of things to hide it. Others dye them before the gray hairs appear.

The chance of graying increases by about 10 to 20% in every decade of your life after the 30th year of your age. However, there are people with gray hair under the age of 30 years.

Well, what causes this natural process; Keep reading to find out.

Gray hair usually appears gradually as we grow older. However, Note that we all have white hair before we are born, at the beginning of our lives. During the process of fetal development, begins to acquire colors due to melanin, of a pigment.

There are two types of melanin:

Both combine from time to time and create other hair tones such as brown, red etc.. They form melanin in cells called melanocytes, whose function is the production of hair dye. Gray hair appears because the melanocytes no longer produce pigment.

This can happen at any age, but it is very rare to occur in people under 20 years. When it happens before their age 30, due to premature graying

There are some common myths about the reasons why hair turns gray. However, science has identified only two fully proven causes.

Some suggest that other factors promote or speed up the process. However, there is no evidence that this is the case, although there is evidence of their influence. They are:

A group of German scientists conducted a study in which they concluded that low melanin production is due to the excessive presence of hydrogen peroxide in capillary cells. The way to avoid it is to you consume foods rich in catalase, such as avocado, leeks, onions and beef liver.

Similarly, Professor Desmond Tobin, from the University of Bradford in the United Kingdom, concluded that there is a kind of biological clock in the hair follicle. This determines when the melanocytes stop producing hair dye. The innovation here is that there is evidence that the graying process is reversible.

In the meantime, a study conducted at Cairo University in Egypt, led by Professor Irini Samuel, found that there is a link between the tanning process and coronary risk in men. Gray hair at a young age could be indicative of this.

The fruit that will slow down the whitening of the hair

Let's start by saying that we value women (and men) who let their hair whiten naturally and do not ...