Raising the minimum wage by 2% ( about 13 euro) not immediately but from 1 January 2022 approved today by the cabinet after a relevant suggestion of the Minister of Labor K.. Hatzidaki.

The decision was taken after the completion of the consultation in which the social partners participated, research and scientific bodies, the Bank of Greece etc., based on the proposals made, the resilience of the economy and business, especially small and medium-sized enterprises but also the international situation.

Weighting the data was difficult for the government as all employers and academics were in favor of "freezing" the minimum wage at current levels, arguing that the consequences of a possible increase in the ominous environment created by the pandemic would be detrimental to business viability and unemployment.

However for the final decision , workers' needs and emerging inflation were taken into account.

According to the reasoning of the financial staff, even the symbolic increase of the minimum wage will stimulate the market psychology and will mark the return to normalcy..

The Minister of Labor and Social Affairs, Kostis Hatzidakis, he stated:

"The Greek economy has experienced a deep recession due to the effects of the pandemic, which came in the wake of the financial crisis. Government concern with the decision to increase the minimum wage by 2% from January 1 2022, but also with the reduction of taxes and insurance contributions - which led to an additional increase in the income of employees by 1,6 % - is to support the purchasing power of employees without jeopardizing businesses and jobs. Taking into account the results of the consultation, we give a prudent increase that does not hinder the upward trajectory of the economy and in addition maintains the minimum wage in the middle of the table of the countries of the European Union. From now on, employers and employees have the opportunity to agree better pay with the Collective Bargaining Agreements they sign in a business, sectoral or national level. I know, of course, that this increase does not solve the problems of the workers. But we are following the path of prudence until the effects of the pandemic on businesses, especially small and medium-sized enterprises, are overcome.. And I am sure that the government's policy that leads to an increase in investment and a rise in the economic level of the country, is the only one that really creates the conditions for better pay, which will be certified in the procedures to be followed by 2022 and after".

The decision of the cabinet

The increase in the minimum wage by 2% from January 1st 2022 is, according to the Ministry of Labor, "The golden section chosen to enhance the purchasing power of employees, without jeopardizing the viability of companies at a critical point. The decision was made based on the evolution of the economy during the two years 2019 – 2020 (since the previous increase in the minimum wage took place at the beginning 2019) and the forecasts of international and domestic organizations and institutes for the development of the economy 2021 and in 2022 ". particularly:

Λαμβάνοντας υπόψη τα παραπάνω δεδομένα για τη διετία 2019 – 2020 (cumulative recession 6,29%) and estimates for 2021 (development 3,3% – 4,3%), the government decided to increase the minimum wage by 2% from January 1 2022, a sensible one, as he states, increase, which reflects the performance so far, αλλά και τις προοπτικές της οικονομίας και δε βάζει σε κίνδυνο τις επιχειρήσεις και τις θέσεις εργασίας. The forecasts for the development of 2022 (5,3% – 6%) οι οποίες είναι ακόμη πιο ευνοϊκές, will obviously be taken into account, along with the accounts that will be available then, during the minimum wage adjustment process, where will the 2022.

The minimum wage in Greece today

In Greece the legislator from 1/2/2019 The minimum monthly salary for employees is 650 euros and the wage for craftsmen in 29,04 euro. Δεδομένου ότι στην Ελλάδα καταβάλλονται 14 wages, this corresponds to 758 euro / month. With the circular 7613/395-18-02-2019 of the Ministry of Labor stipulated that these amounts be increased up to 30% depending on the years of service completed by the employee before him 2012. Therefore the minimum wage can be up to 195 euro higher (see. table).

The current and new salaries for unmarried and married employees and craftsmen with three years are presented in the table below:

Since February 2019, the purchasing power of the minimum wage has increased, on the one hand because of deflationary pressures (-1,3% the 2020), on the other hand due to the decrease by 1,63% of insurance contributions paid by employees (from 15,75% in 14,12%). For a full-time employee who receives their minimum wage 650 euro, the total benefit from the reduction of insurance contributions amounts to 10,6 euro / month or 148,3 euro / year (14 wages).

That is, συνολικά το πραγματικό ετήσιο διαθέσιμο των μισθωτών πλήρους απασχόλησης που αμείβονται με τον κατώτατο μισθό των 650 euro has increased by about 250 euros per year, due to negative inflation and the reduction of insurance contributions and will increase by 1-1-2022 in addition against 182 euros with the increase of the minimum wage. 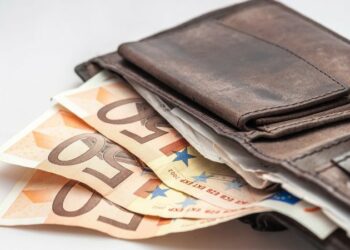 Wallet that contained a large amount of money, valuable documents as well as bank cards, was found on Friday by an employee of the OASTH, into... 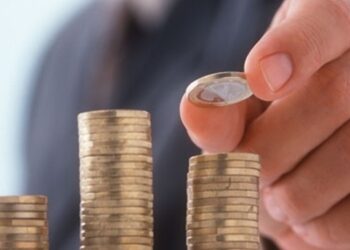 In the international list of Forbes with the richest people in the world are four Greek names, with Vicky first ... 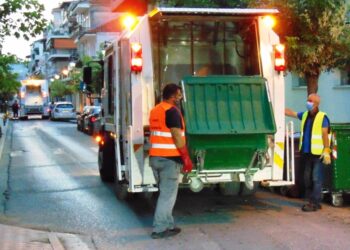 The judges of the Three-Member Misdemeanor Court of Larissa remained open on Friday, when they heard the story of a cheating spouse ....