Municipal Movement of Kozani: The participation of the Municipality of Kozani on 100 Climate-neutral cities and the inconsistencies of Mr.. Maluta

Municipal Movement of Kozani: The participation of the Municipality of Kozani on 100 Climate-neutral cities and the inconsistencies of Mr.. Maluta

Lately we are watching an intense communication activity on the part of Mr.. Malouta regarding the participation of the Municipality of Kozani in the EU initiative. for 100 climate neutral cities.

Mr.. Maloutas seems to be investing in the possible short memory of our fellow citizens, but its timeless positions on lignite support until very recently cannot be forgotten. It can also not be forgotten that one day before the second Sunday of his local elections 2019 visited and was photographed at the construction site of Ptolemaida substation V, wanting to declare his support for the project, against apparently his "traitor" opponent, thinking purely voting.

As it can not be forgotten that for micropolitical reasons the Municipal Authority devalued the work done on one of the most important tools for reducing CO2 emissions, the Sustainable Urban Mobility Plan (ΣΒΑΚ). Having avoided major cuts that would be in line with the initiative's guidelines such as the significant reduction in car traffic. in the cities and support for pedestrian and bicycle traffic ultimately preferred a lukewarm plan full of ambiguities.

Nor can we forget the fact that from 2019 submitted with absolute documentation a proposal of the then Municipal Authority for Kozani railway connection with Veria is ignored in the calendars of the administrative "continuity".

Finally, it is clear that this whole communication strategy is being developed even after the recent revelations about the involvement of local authorities in investments of photovoltaic installations.. The attempt of the trinity of the Municipality of Kozani to blur the waters is evident, betting on the misleading dilemma "for or against green growth and RES" when the questions are relentless about the proper use of municipal property, the uncontrollable without planning, plan and measure installation of photovoltaics as well the business relations of elected officials of the Municipality of Kozani and their relatives with specific investment interests .

When in a recent Municipal Council Mr.. Maloutas was asked by the former Mayor Mr.. Ioannidis for his long-term support for fossil fuels and their late denunciation, he replied that he was simply "adapting" to new developments. Mr. Maloutas' adjustment is legitimate and welcome after almost 35 years of engaging with the public, δυστυχώς όμως για τον τόπο άργησε πολύ. When discussions about climate change and the necessary social, productive and economic adjustment was launched o K. Malutas whistled indifferently, he was emphatically absent and placed disparagingly and provocatively identified with extreme and dead-end anti-environmental policies and choices.

As a Municipal Movement we look forward, We support every initiative in the right direction and welcome the environmentally friendly transformation of. Maluta, but this does not mean that we forget…

For the Municipal Movement "Kozani Place to Live"

An information meeting took place today, Wednesday 12-01-2022 at the "Mamatsio" Hospital of Kozani between the Commander of the hospital Stergios Ganatsios and her delegation ...

Municipal Movement of Kozani: The Municipal Authority of Kozani is once again under the circumstances

The seriousness was lost once again with the appointment of the new deputy mayors by the Mayor of Kozani. Will not... 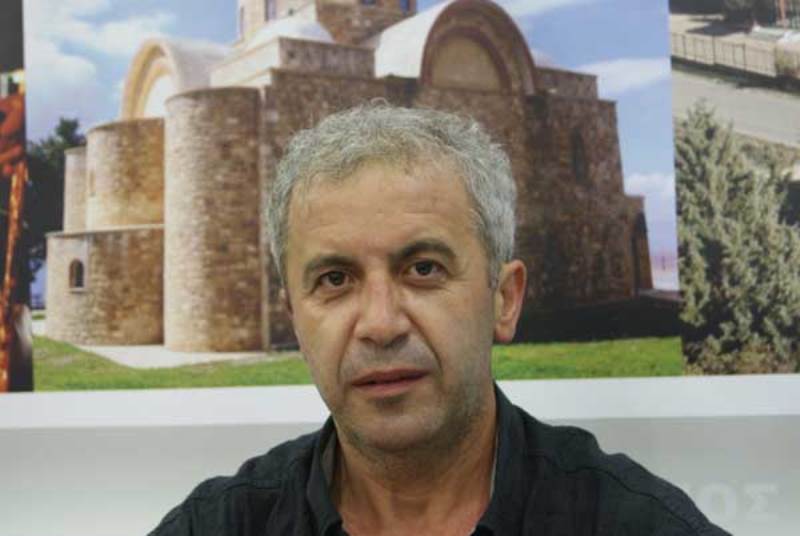 Resignation from the position of Municipal Councilor of Aristotle Putakidis

Mr Mayor, Madam President, With this letter and after consultation with the supervisor, την Δημοτική Ομάδα και την...

The devaluation of DIPETHE Kozani and the despair of Mr.. Maluta

At yesterday's meeting of the Municipal Council, we watched the desperate Mr.. Malouta who, instead of giving meaningful answers to the questions ...