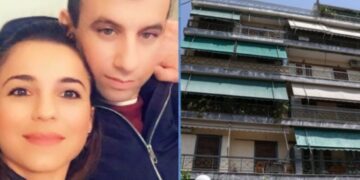 Murder in Daphne: Police officers who had ignored a complaint of domestic violence were available

Murder in Daphne: Police officers who had ignored a complaint of domestic violence were available 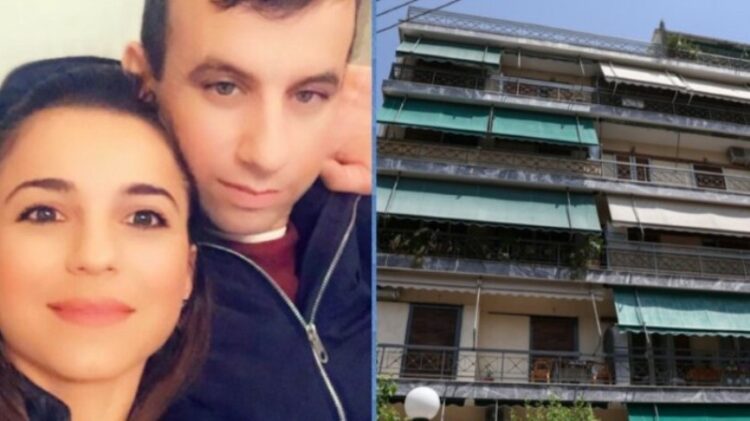 Police officers who had ignored a complaint of domestic violence in Daphne's apartment were made available, where on Friday the 31-year-old was murdered by her husband.

“Police officers are obliged to perform their duty, and indeed the vast majority do so with conscientiousness and self-denial, under all conditions, day and night, whenever citizens need their assistance. For those police officers who do not realize this, there is no position in the Greek Police.

Regarding the complaints about the incident of domestic violence in Daphne, the following are noted:

The initial investigation of the complaints reveals their validity and already with a decision of the Hellenic Police Headquarters, the two police officers who were riding in the patrol car that arrived at the spot, were made available as they did not respond properly. Much more, in fact, based on instructions given by the Center for Immediate Action, the signal was of high priority” states the Ministry of Civil Protection in a statement.

Alongside, the ministry emphasizes that further investigation is underway.

“It is noted that the Ministry of Civil Protection has set up a special service for dealing with domestic violence and clear instructions and instructions have been given from the outset for the immediate and effective management of incidents.. We will reiterate that domestic violence is a disgrace for modern societies and its elimination will require the mobilization of all of us.” concludes the Ministry of Civil Protection.

The unfortunate woman seems to have been abused many times by the 39-year-old, while the couple's neighbor, had called the police before 19 days, reporting an incident of domestic violence. According to information transmitted by mega, in the past Prof.’ Confessed perpetrator had verbally attacked and acted threateningly against the unfortunate woman, even while working, at the steakhouse they maintained in the area.

How the murder took place

The murder took place at noon on Friday. At 10.00 in the morning, the 39-year-old of Albanian origin took him 11 years old son and took him to train in football. When he returned home, he had an intense quarrel with his wife. He grabbed a knife from the kitchen and attacked her, stabbing her at least twice. The fatal wound seems to have been what hit her in the neck. The perpetrator then went to the Daphne Police Station and confessed to killing his wife. “I killed my wife in the apartment where we lived, I envied her madly”, allegedly stated. When the police went to the 3rd floor apartment, found 31-year-old Anna dead, on her bed. She had died instantly from her husband's knives.

He had hit her many times

As broadcast by mega, the woman had confided to a friend, with which he had come very close, that her husband had beaten her several times in their house and wanted to have her in complete control, trapped. Neighbors had heard her call for help other times. The parents of the 31-year-old live very close to the house where the couple lived, however, she seemed to feel quite alone.

What the couple's neighbor said

The neighbour, who had called the police on 11 July, stated in mega: “…that day we had heard a lot of noise, furniture, a general panic inside the house, I had heard her shout for help. Directly with the one who called for help, I picked up the phone I called 100, I complained of domestic violence, I gave my own bell so they could have direct access. I was waiting on the balcony, came after 25 minutes, the patrol passed, the windows opened, no one came down and they left”.

She stressed that “It was not the first time we had heard them fight, a similar incident had taken place, but I can not remember. It may be months before, which had bothered me for the first time, which had stopped, But until there. But there were fights”.

Posted on Facebook on 11 July, the couple's neighbor had made it known that the same night she had called the 100, reporting the incident of domestic violence in the apartment, where a minor also lives. As he complained then, the patrol went to the spot after 25 minutes and “they did not even bother to go down, they just opened the windows and left”. The neighbor had erupted against the police, saying how “no stress guys, only corpses count on television…”.

Analytically, had written on 11 July: “Tonight I called it 100 for domestic violence in a neighboring apartment that lives and minor. The bells were changed on Friday and I gave my own of course to enter the apartment building. The patrol came after 25 minutes did not even bother to go down just opened the windows and left!!! I DID NOT MAKE A COMPLAINT FOR A PARTY FAVORITE GREEK POLICE. I CALLED YOU WHILE EVEN THE ADMINISTRATOR WAS NOISE. NO ANXIETY CHILDREN ONLY THE BODIES COUNT TV. WHEN HE KILLS HER I WILL INFORM ANY CHANNEL FIRST TO SHOUT YOU”.

Today, shortly after the revelation of the brutal murder, The neighbor of the couple came back in a new post, writes: “He finally killed her. That's all I have to say”.