Actions for Tourism by the Municipality of Kastoria

KTEL Kozani: Extraordinary route to and from Athens due to the three days of the Holy Spirit

Privileges of vaccinated: Here comes the legislation on facilities

Actions for Tourism by the Municipality of Kastoria

The Deputy Mayor of Tourism Sakis Rimos held consecutive meetings with professional tourism sectors in Thessaloniki with the aim of attracting tourists to our area.

More specifically, with the "Partnership", created by a team 95 tourist offices of Northern Greece with the aim of developing domestic tourism and creating new alternative packages to destinations in mainland Greece, The strengthening of their tourist packages with the destination Kastoria was discussed, with priority on religious tourism.

With the company «Green Oliver», which has experience and know-how in the organization of nature trips and deals with alternative experiences and activities in Northern Greece, proposals for actions for Kastoria were discussed, which mainly concern cultural routes, cycling, Mushroom "hunting" etc..

Alongside, The promotion of Kastoria through the organization of familiarization trips remains activated (Fam Trips) with professionals in the field of Tourism, such as tour operators, tourist offices, Airlines, journalists and bloggers, with purpose, through the visit, the hospitality and the acquaintance with our area, to promote it after the means at their disposal in the best possible way.

Such an action is going to take place in the next two days 11-12 June in Kastoria with the aim of stimulating tourism in our area, in the context of the integrated central planning that has been prepared and implemented by the Municipality of Kastoria, whose actions will be announced and publicly analyzed in the coming days. 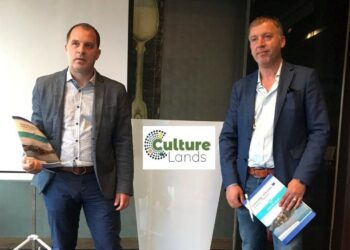 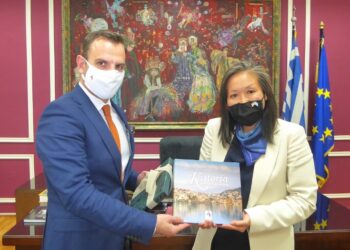 Ceremonial visit to the Mayor of Kastoria, by the US Consul General

Ceremonial visit to the Mayor of Kastoria, Giannis Korentsidis performed on Tuesday 8 June 2021, the US Consul General, Elizabeth K .... 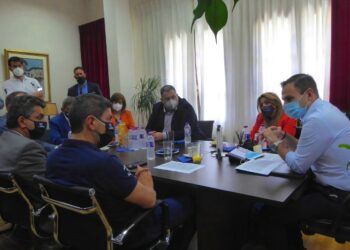 The Deputy Minister of Sports, K. Lefteri Avgenaki, welcomed on Saturday 5 June, at the town hall, the Mayor of Kastoria, Giannis Korentsidis. During the... 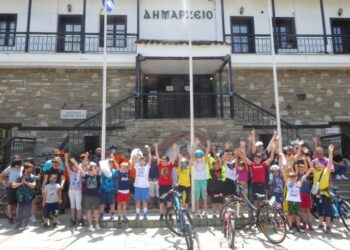 Municipality of Kastoria: Great pictures in a magical location

Great mood and many smiles at the cycling event organized by the Municipality of Kastoria on the occasion of World Cycling Day and ...