Preparing for my speech on the Bill of the Ministry of Interior, for the modernization of ASEP, I found in the article 12 the possibility to include the Municipalities of Kozani PE in those whose residents receive as a surcharge 20 additional points in the written competitions of ASEP. That is, in the recruitment process established by the article 8 par. 1 of the same bill and concerns almost all the recruitments of the State.

Shortly after the debate began in plenary, I personally operated on Mr.. Minister my proposal, which referred to lignite municipalities (since it was based on the argument of de-lignification), pointing out that all that is needed is to add the Kozani PE to the relevant provision, since the other Regional Units of D. Macedonia was already included in it.

The experienced Minister and reputable lawyer, he replied immediately that he accepted my proposal, which he will incorporate in the text with his legislative improvement, as he did on 14:30 from the ministerial seats.

The attitude of the Minister is indeed a model for dealing with a reasonable parliamentary request and will have a significant impact on the lives of many of our fellow citizens in the coming years., but also to cover the service needs of the institutions of our region, who will announce vacancies in the State.

Rightly so, Well, was greeted by’ all this important success.

There is plenty of room to meet the demands of the place and our fellow citizens.

My speech in plenary is as follows:

"Happy New Year. Congratulations, to welcome the new Minister to his new post, to wish him a good and creative term. I will start my installation now, referring to the great struggle to tackle the second wave of the pandemic and to mitigate the effects of the third wave, which is currently sweeping Europe, but also in the proper implementation of the vaccination program, a very critical issue in the process of overcoming this multidimensional crisis.

Alongside, Nevertheless, I will also refer to the need for a gradual return to normalcy, that is, in social and economic functionality, especially in areas, such as the Prefecture of Kozani, particularly affected by the prolonged imposition of restrictive measures and even severe restrictive measures.

Of course, every bona fide citizen understands that in this complex problem, solutions are sought between delicate balances., since each parameter interacts with the others. We need to open schools and market as much as possible, but at the same time to control the dispersion, so that the health system can meet the needs and not be constantly led into a vicious circle.

Critical, Nevertheless, A condition of this effort is valid and timely information. Citizens need to be aware of the key factors that justify restrictive decisions. There should be no confusion in society from personal points of view, from inaccuracies, inaccuracies or distortions. We owe, Well, let us all show the necessary responsibility. Good knowledge of epidemiological data by citizens is a necessary condition for demonstrating individual consistency and social responsibility.

Now in the discussed legislative initiative of the Ministry of Interior I would say that first of all two basic assumptions are recorded. The first is that the value of ASEP is widely recognized as an institution that served in the twenty-six years of its life the principles of impartiality and transparency and shielded the relationship of public trust in the state in the sensitive recruitment process and the staffing of the public sector..

The second is that despite the many legislative interventions for his adolescence, which its founding law has suffered, It is now widely accepted that the system needs reinforcement, improvement and modernization, since it shows technical weaknesses, gaps and arrhythmias.

Therefore, the necessity of this revision stems from the following three questions and answers and let the Prime Minister forgive me for the method.

First question: Greeks believe in the objectivity and inviolability of the recruitment process through ASEP; Answer: The vast majority do.

Second question: Participants feel that the process is simple, clear and evolves within a reasonable time; Answer: Definitely no.

Third question: Citizens believe that the current recruitment criteria and scoring lead to the selection of the most suitable persons for the staffing of the public sector.; Answer: Probably not.

They appear, Well, deficits in recruitment planning, the definition of the criteria and the completion times of the notices, issues answered by the draft law under discussion, further strengthening the terms of the evaluation, transparency and objectivity.

Alongside, Nevertheless, There is also a compilation of scattered relevant regulations with their incorporation into a single legislative text. Undoubtedly, the most essential part of the legislation is the introduction, since the possibility already existed, of a central recruitment planning with the realization of a pan-Hellenic written competition for the filling of the positions of special staff, permanent and indefinite scientific staff for the IP categories, TE and DE regularly every two years after recruitment planning.

Through this, the evaluation of knowledge is sought, the skills and work efficiency of the contestants. And how will this be achieved; By moving from the current largely obsolete system, dry I would say, which assesses only or primarily the formal qualifications in a new system that will examine knowledge, but also the other skills of the candidates.

Of course in view of the fact that this is an independent authority, but also to ensure transparency, the way of grading, the place and time of the competition and the supervisory bodies of the procedures will be determined by the central committee of the competition. It goes without saying that candidates are given the right to appeal at the stage of provisional lists and all other relevant rights.

Regarding the scoring now, in general, a large basis is given to the written objective tender process, but those with additional formal qualifications are rewarded, while professional experience is also evaluated. However, it is also very important to increase the score of the written competition due to locality, which will lead to newcomers staying in sensitive areas.

That is why I asked the Prime Minister to add them to the article 12, paragraph 1, in this case, the municipalities of the regions in transition. When, Mr. Minister, the executive cooperates with the legislature, the result is generally beneficial to citizens. Thank you very much for your response to my request to extend the increase of the score by twenty points due to locality in the recruitments through ASEP competitions to the residents of the municipalities of the regional unit of Kozani.. Your response is very important.

In addition, The relevant provisions of the bill ensure the participation of people with disabilities where in fact the percentage of 10% in 12%, but also of the special categories of large families, three children, relatives of the disabled in the planning and recruitment process in order of priority based on the predetermined objective criteria.

Moreover, because the need for the organizational and operational support of ASEP has been diagnosed, in order to meet the set goals within the new, more demanding framework, That is why the immediate hiring of employees and the increase of the number of its consultants is foreseen. Further, the electronicization of the procedures and the interoperability of ASEP with other bodies will contribute to the saving of resources, with the ambitious goal of completing the process from the announcement to the issuance of the list of appointees within twelve months of the approximately maybe more than twenty-four months required today.

Evaluating overall, Well, the bill to be voted on, This brings about substantial reform cuts in the direction of modernizing and optimizing the procedures to meet the needs of the public sector and that is why we call on the Minister to implement the adopted bill as his real child.. Thank you very much." 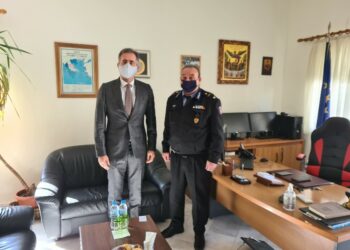 Stathis Konstantinidis: Cooperation between the Members of Parliament and the Regional Governor of Western Macedonia with the President of ELGA Andreas Lykourentzos

Proposal of the Member of Parliament P.E.. Kozani Stathis Konstantinidis "for the performance of parliamentary debates in the Greek sign language"

Proposal of the Member of Parliament P.E.. Kozani Stathis Konstantinidis "for the performance of parliamentary debates in the Greek sign language", κατά την ομιλία του...