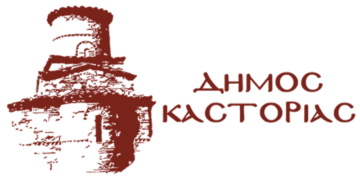 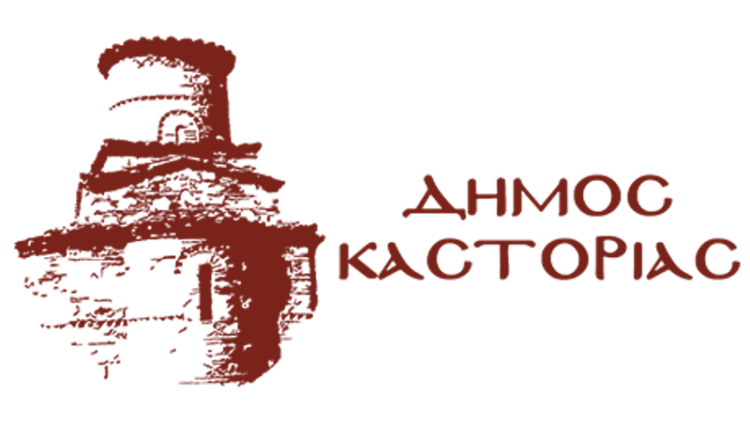 To our great surprise we noticed recently that in the local newspaper "ODOS" it is falsely written that the Municipality of Kastoria "cut the newspaper», because he is allegedly exercised "review».

In fact, for this unprecedented attempt to distort reality, which is constantly republished from the newspaper's website, an anxious attempt is made to rely on imaginative things, accompanied by pompous expressions and unacceptable characterizations such as: «dictatorial decisions ", "Third world type anachronism", "Ridiculous and unsubstantiated contradictory excuses", "Operation of punishment", "The ultimate goal is the muzzle", "Pogrom of a dark perception similar to which the place has not known", "List assignment cutter" and other pheasants.

The bad thing is not that a newspaper can have its own view of things and situations and sometimes its purposes. Her right is and is inalienable. But what he has absolutely no right to do, είναι να γράφει ψεύδη και να παραπληροφορεί σκοπίμως ή μη και φυσικά για τους δικούς της λόγους, which unfortunately mislead unsuspecting citizens.

At 2 June of 2016, following a relevant suggestion of the then President of the specific Legal Entity, unanimously decided to approve the annual subscription for the Municipal Library and while there was the relevant entry of the corresponding credit in its budget, for the SENTRA newspapers, KASTORIAN HOME, STREET, HORIZONS and NEA KASTORIA (Decision number 45/2016).

The Director of the competent Legal Entity of the Municipality of Kastoria, with her document, but also other clarifying e-mails, returned this Invoice to the newspaper, as it should, stating precisely the obvious reasons why it was not possible to "clear" this deferred Invoice. Since, through no fault of its own STREET stopped sending her newspaper to the Municipal Library of Kastoria, leaving her aware of the "Library shelves»Gaps.

Note one: for 3 whole years, from the Decision 45/2016 and then all the newspapers, including the ROAD, they sent their sheets to the Municipal Library normally.

Note two: for 3 for years no newspaper, including the ROAD, never demanded a subscription fee from the Municipal Library, he never made any "inconvenience" and never issued any Invoice for this case, until 19the June 2020 that ODOS did this and in fact postponed.

Fourth note: Respect for the Discrimination of Powers is a permanent and non-negotiable principle of the municipal authority, including the infamous "Fourth Power", which has an obligation to inform, to control, to criticize, but not to lie.

Note five: The Municipality of Kastoria was and continues to be a subscriber to the newspaper ODOS.

Note six: the Municipality of Kastoria, observes the order of awarding declarations equally and strictly, announcements, auctions, decisions, which is paid, in accordance with applicable law, in all newspapers without exception that are entitled by law, including the ROAD, which in this case as well, from the beginning of the term of this municipal authority until today has published for a fee by the Municipality of Kastoria, χωρίς να προσμετρούνται και τυχόν άλλες από Νομικά Πρόσωπα ή άλλες δημοτικές δομές, 17 Listings (in total 89 for 5 newspapers).

Note seven: the Municipal Library of the Municipality of Kastoria remains open in any edition, including the ROAD, revoke its erroneous assessment and decision so that current and future citizens can be informed and draw material for their research.

Note eight: this municipal authority, from the beginning of her term, has never dealt with any newspaper or other media outlet for any publication or "reviewNor is he going to do it, including the ROAD, no matter how much it is caused;

Note ninth: because the opinions of the Municipality of Kastoria may not be made public by the ODO, as is the case with the latter 14 months, where the specific newspaper, changing suddenly and unnecessarily, selectively presents the news of the Municipality of Kastoria, This clarifying information will be given to all Local Media without exception so that they can be informed and draw their conclusions unaffected, except for the readers of ODOU and all the right-thinking citizens of our area. 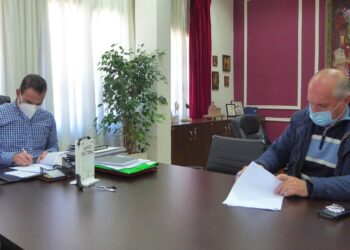 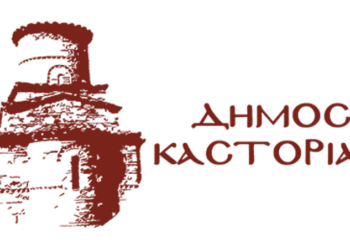 Petros Dokopoulos for the explosion of Covid-19 and the attention of all for the observance of the protection measures. The constant care of the Municipality of Kastoria.

Because in the last few days it has been found in our area as well, which for a very long time was "clean", μία μικρή αλλά... 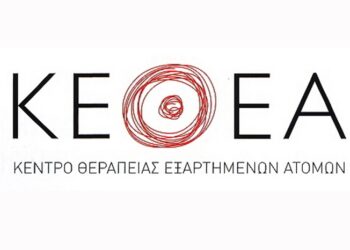 It is announced that the mobile unit of KETHEA (Addiction Treatment Center) Western Macedonia will be located every 15 days, day Friday,... 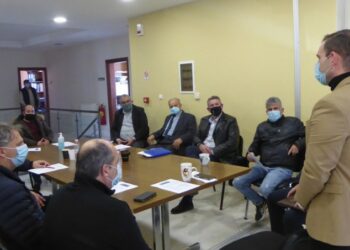 Signing of a height contract 1.840.000 for the improvement of water infrastructure in 9 communities of the Municipality of Kastoria, πραγματοποιήθηκε την Τρίτη...