A 20-year-old man was arrested in the area of ​​Eordea, Kozani, for possession of drugs

Vaccine: The platform was opened for the 3rd installment in three months - The background of the decision, the role of Omicron

16 cases in the Municipality of Voio on Thursday. See the detailed distribution in all Municipalities

Festive program "8 to 8" of the Municipality of Kastoria

Amanatidis: The innovative proposal for the Disabled "Accessible - Friendly Housing" was adopted

Coronavirus - Vaccine: To 3 months the third installment in all of 18 years and over - When the platform opens

Supporter of the 36-year-old who has confessed to the attack with the vitriol against Ioanna Paliospyrou, reveals exclusively in Live News with Nikos Evangelatos, at Mega, everything that happens inside the prisons of Thebes.

The arrogant behavior of the accused in prison, her comments about Ioanna and the words she exchanged with her father during the visit, are just some of what the woman describes that 17 The 36-year-old has been living close to the vitriol for months now.

"She is not aware of what she has done. Cold look, murderous, he underestimated us, he snubbed us. "Her nickname in prison is το 'the vitriol' and she is annoyed when she hears it because she refuses to realize the evil she has caused.", said Vasso Arabatzi.

"Of course we call it vitriol. How else to call it; The good boy; The other girl dies every day and she says what I did to be in here!», he added.

The "diligently" unpainted root and the. Okra

"These images, with… thoroughly unpainted root, in her two court appearances, is not the result of a man who has renounced female coquettishness ", says the 42-year-old, but "a well-thought-out plan for the image it should have in front of the headquarters".

The former detainee also mentions the accused: "She pays a lot of attention to her appearance and this platinum έκανε she made the root every two weeks. And beauté. And she did her fingernails on the other two who were together ", says and adds that the behavior of the 36-year-old is extremely provocative and arrogant.

«The snake is warmer. She is cold, threatened σε Underestimated okra. The Lady. And I say now she is; And when I met her in October, he was in some overalls… what can I tell you ", continues.

The cold response to her father and the theft incident

In addition, 42-year-old woman describes the one and only visit of her 36-year-old father to the prisons of Thebes.

"And he only had one visit in Thebes, as long as I was 10 months. One. It must have been her father… she said "We have no eyes to face the world" and she turns and says "put on glasses". So ironic. And otherwise they show it. It's very cold ", reveals.

The 42-year-old former detainee further insists that the confessed perpetrator has shown no sign of remorse and continues to operate, as if her criminal act, to throw the vitriol in Ioanna, it was not something tragic.

"That is, you were amazed, you were looking at her… "why should I be here"… "when will the court come"… she thought she would leave. He does not discuss it! That is, what he says, it supports it all!He says and refers to another incident, which was the cause, as it says, the accused to stop working in the prison service that distributes clothes to detainees.

"They did a search and found a stolen shorts on her, ate sentence, stole from social service, thinks some are ", noted Ms.. Arbatzi.

The lawyer of the 36-year-old, Manolis Vamvounakis, however, intervened in the Live News show, refuting these accusations.

Features stated: "My client, has no disciplinary offense ".

The difficulties in Korydallos

In the last month, The 36-year-old has been transferred and is being held in Korydallos prison, to be inside Athens for trial. Nevertheless, according to the testimony of Vassos Arabatzis, even there things are not good for the accused.

"Former prisoner Nobody talks to her, they do not digest it. He has a TV and watches all the shows. She cares what they say. They curse her, not courtyard. He is afraid. And in Thebes they insulted her», he said.

The trial of the case for the vitriol attack will continue next Thursday with the speech of the prosecutor, while the court decision is expected by the end of the month.

See everything the former inmate of the accused said 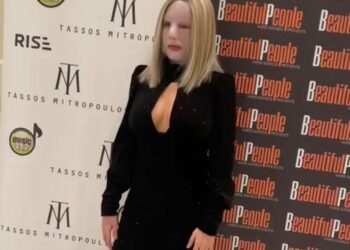 "No" said the criminal court at the request of the accused for recognition of the mitigation of his legal life Imprisonment 15 years imposed by ...

Ioanna Paliospyrou and the perpetrator of the vitriol attack in May arrived at the Athens Mixed Jury early in the morning..