Research: The DNA of today's Greeks is similar to that of the ancient Mycenaeans

West Macedonia: The Christmas events in municipalities of the Region

The Sectoral Organization of Kozani organizes a gathering with folk music

The Municipality of Voiou is looking for a purchase, plot of land near the settlement of Galatini, for the installation of the natural gas network decompressor

Friday of Vrizidou: The problems of the PWDs of the Kozani PE were submitted to the competent Ministers in the Equality subcommittee of the Parliament

Research: The DNA of today's Greeks is similar to that of the ancient Mycenaeans

The Minoans and Mycenaeans had great genetic affinities with each other despite their differences, both descended mainly from the first Neolithic farmers in the Aegean region, while today's Greeks are genetically very similar to the Mycenaeans.

These are the main findings of a new pioneering research by Greek and foreign scientists, who for the first time analyzed the ancient DNA of Mycenaeans and Minoans and compared it with other populations and with modern Greeks.

The archaeogenetic study, led by two Greek geneticists abroad, Iosif Lazaridis of the Department of Genetics at Harvard Medical School in Boston and George Stamatogiannopoulos of the University of Washington in Seattle, which was published in the scientific journal “Nature”, focused on the Bronze Age (31st-2nd millennium BC).

The origin of the Mycenaeans and Minoans has occupied archaeologists for more than a century and the relevant estimates were until now mainly based on archaeological and linguistic data.

The new study now sheds new genetic light on their origins, concluding that the Minoans -the creators of the first European writing (of Linear A, which has not yet been read)- they had deep roots in the Aegean and did not come from some other distant advanced civilization outside the Aegean area.

Genetic analysis concludes that the original ancestors of both the Minoans and Mycenaeans were primarily local agricultural populations from Neolithic Western Anatolia, mainland Greece and the Aegean islands.

Ancient DNA samples from bones and teeth were studied for the first time 19 people, including ten Minoans from Crete, from the sites of the Holy Monastery of Odegetria in the south of the prefecture of Heraklion and the cave of Agios Charalambos on the Lasithi plateau (2900-1700 e.g.), four Mycenaeans from the Argolis of the Peloponnese and Salamis (1700-1200 e.g.) and three residents of southwestern Anatolia in Turkey (2800-1800 e.g.). These ancient genomes were compared to ancient DNA 332 people from neighboring countries and 2.616 contemporaries (including two current Cretans).

As stated by I. Lazarides, "the first Neolithic populations of western Anatolia and Greece were extremely homogeneous, descendants of a common proto-agricultural population that spread from the 7th millennium BC. throughout Europe.

The new data of our study prove that both the Mycenaeans and the Minoans basically come from, at a rate 75% to 85%, from this proto-agricultural population". Eastern and Northern Genetic Contributions Research shows that in both Mycenaeans and Minoans there is also a lesser Eastern genetic influence, at a rate 10% to 15%, from Western Asia, which is related to the ancient inhabitants of the Caucasus, of Armenia and Iran.

The original ancestors of both the Minoans and Mycenaeans were basically local agricultural populations from Neolithic Western Anatolia, mainland Greece and the Aegean islands.

But the Mycenaeans differed from the Minoans, because they also had in their DNA a northern genetic "contribution" from hunter-gatherers of eastern Europe and Siberia. On the contrary, the Minoans show no such genetic inheritance from the northern steppe populations.

This, according to researchers, means that the migrant-raiders from the North spread to mainland Greece, but they did not reach Minoan Crete. According to Mr.. Lazarides, "the Mycenaeans are genetically similar to the Minoans, but they also have a small percentage of origin, of his class 5% to 15%, from northern ancient populations of eastern Europe and Siberia, which the Minoans do not have.

This genetic component appears to have spread after 3.000 e.g. west across Europe, through pastoral populations from the steppes, which were north of the Black Sea and the Caspian".

As the Greek scientist reports, "the exact geographical origin and route of these northern and eastern influences will be better clarified in the future, by sampling more neighboring ancient populations. However, it indicates some degree of population movement towards the Aegean area, a reasonable enough conclusion, since Greece is the geographical bridge between Europe and Asia".

The study shows that 'immigrants’ from regions north and east of the Aegean may have contributed to the emergence of the great Aegean civilizations of the Bronze Age during the second and third millennia BC. But the research found no distinct genetic "fingerprint" of either the Egyptians or the Phoenicians in the DNA of the Minoans or Mycenaeans. According to researchers, "this leads to a rejection of the hypothesis that the cultures of the Aegean were created by immigrants who came from old cultures of those regions (Middle East or Africa)».

Today's Greeks are genetically similar to the Mycenaeans

The genetic continuity of the Greeks As for today's Greeks, research shows that they are genetically similar to the Mycenaeans, who were the first to write the Greek language with Linear B. As expected, with the passage of time there has now been a further reduction of the genetic influence of the proto-farmers. "The main conclusion from our study", underlines Mr.. Lazarides, "is that the population history of Greece has characteristics of significant genetic continuity, but not complete isolation".

Regardless of the answers to these two questions, the researchers point out that there were at least two migration streams to the Aegean, one from the East and one from the North, which came to be added to the initial migration and dispersion in the Aegean and Greek area of ​​the first farmers from the East long before the Bronze Age.

According to Mr.. Lazarides, "it is remarkable how continuous the legacy of the first European farmers has been in Greece and other areas of southern Europe, but this does not mean that their populations were completely isolated. The Greeks did not emerge fully formed from the depths of prehistory, but in fact they were always a people in the making, a 'work in progress', as migratory layers through the ages came to be added, but they never erased the genetic heritage of Bronze Age populations".

Leading foreign scientists participated in the study, such as evolutionary geneticist David Reich of Harvard and Johanne Krause, director of the Max Planck Institute for the Study of Human History in Jena, Germany. 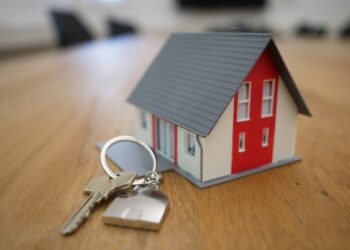 Thessaloniki: Buy a house and find marble heads of Roman statues of women

Two marble heads of female statues of the Roman Period were found in an apartment, in the center of Thessaloniki, which was recently purchased by a 35-year-old.... 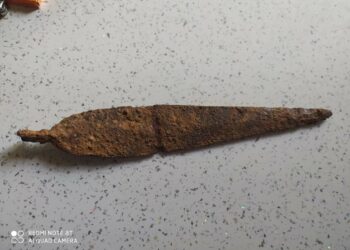 Kaloneri: An ancient spearhead was found

An iron spearhead was found in an area of ​​Kaloneri at the Draches site. According to information, archeology places it around....

A small archeological treasure was hidden by two men, 66 and 40 years, who were arrested by police on Friday afternoon..

He was arrested yesterday (14-11-2018) in the morning in the area of ​​Grevena, by police officers from the Grevena Security Department, in collaboration with its police ...