"Parapolitika" newspaper: Michalis Papadopoulos in the names for a possible position in the government

"Parapolitika" newspaper: Michalis Papadopoulos in the names for a possible position in the government

"Lifting" in the government is being prepared by Prime Minister Kyriakos Mitsotakis, with scenarios wanting change through reorganization, to be made within January.

Jerusalem residents already working on names of capable executives who could contribute to government work, some younger, but also some older ones with government positions and work on their "backs".

In the names of the old executives of New Democracy who are in the "account", according to the report of the newspaper "PARAPOLITIKA" 24 December, is also the MP N.. Kozani Michalis Papadopoulos.

We remind you that Michalis Papadopoulos has served twice in ministerial posts, as Deputy Minister of Rural Development and Food in 2009 and as Undersecretary of Infrastructure, Transport and Networks during the period 2013-2015.

The final decisions rest with the prime minister, with the benefits of a possible ministry of a fellow citizen in this difficult period for the country and the country, to be many. 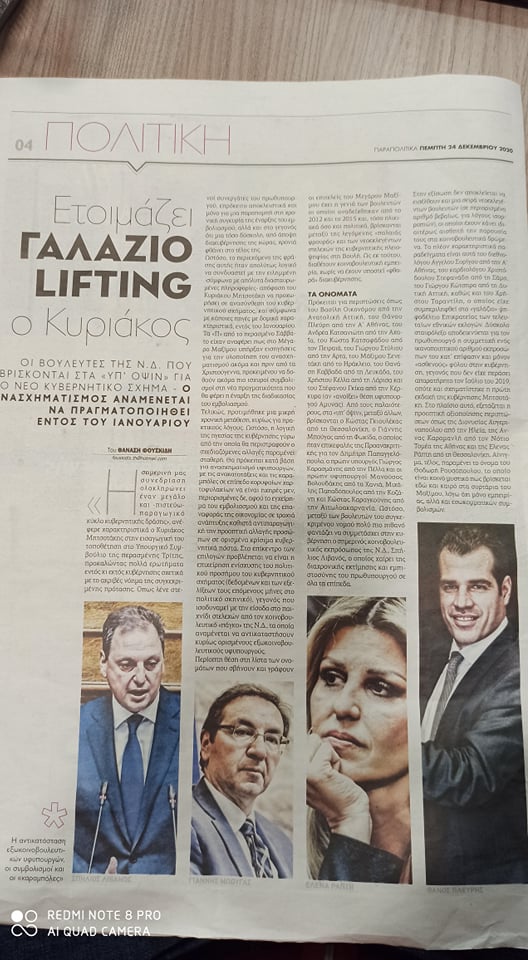 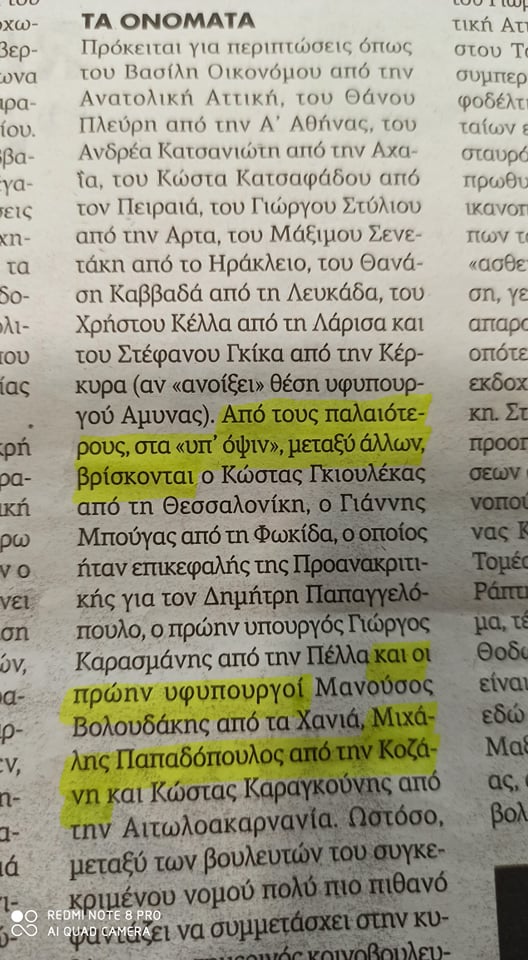 Theme: " Discussion and voting of the Ministry of Foreign Affairs "Determination of the extent of the coastal zone in the Ionian Sea region and ...

Question by Kozani MP Michalis Papadopoulos to the Minister of Health on : “Inaccurate announcement of coronavirus cases in PE. Kozani from E.OD.Y.”

Mr. Minister, According to yesterday (Tuesday 12/1/2021) announcement by EODY, 53 cases of coronary artery disease were reported in P.E.. Kozani, from...

The additional molecules of locality will be available to the residents of the Prefecture of Kozani, according to a relevant post by Kozani MP Michalis Papadopoulos ....