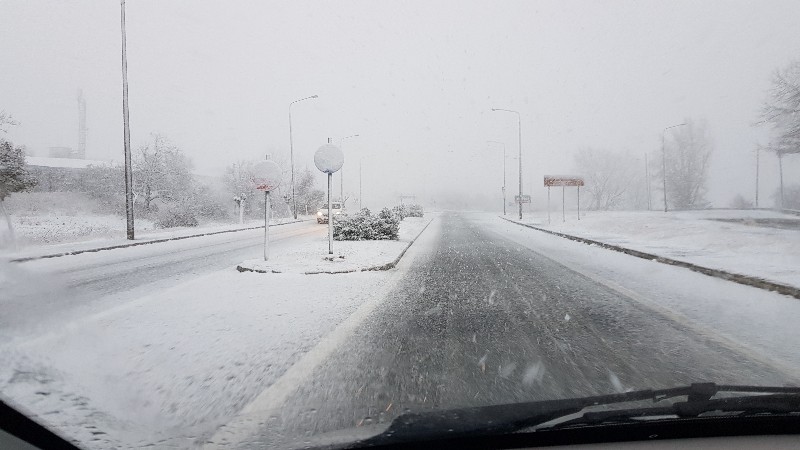 The bad weather "Medea" hits Attica: Snow in Athens as well, Athens is closed – Lamia from the Kalyftaki bridge

The bad weather "Medea" hits Attica: Snow in Athens as well, Athens is closed – Lamia from the Kalyftaki bridge

Areas in the northern suburbs of Attica have already been dressed in white, as the bad weather "Medea" has begun its operation in the Basin.

Penteli is in a white circle from early in the evening where the snowfall was heavy, while in Maroussi the citizens woke up seeing that the roads were covered with snow. Even in the center of Athens it started to snow shortly after 5 dawn, with the thermometer not exceeding them 2 grades.

Heavy snowfall in Maroussi in the early morning
According to the forecasts of meteorologists, from the evening they are expected to intensify and tomorrow the bad weather will continue in the Basin.

Penteli in white
In Agios Stefanos the traffic without chains is difficult as the snow has reached 20 centimeters.

The MMM in Attica has problems due to the bad weather
The bad weather in Attica and especially in the northern suburbs has caused problems on the routes of the Electric, but also on buses. The station in Maroussi was closed in the morning as due to the weather conditions there was no route and the trains were operating from Irini to Piraeus..

The shutters on the electric one in Maroussi are down in the morning
Buses in the northern suburbs also had problems, with the A8 (Itinerary Polytechnic, Nea Ionia, Maroussi) to stop its route.

Arnaoutoglou: This is how the bad weather in Attica will develop
Posted on Facebook, meteorologist Sakis Arnaoutoglou focused on the weather in Attica, stating that in addition to the heavy snowfall in the northern suburbs, snowfalls are expected in the center of Athens. According to the Extraordinary Weather Bulletin issued by the National Meteorological Service (ΕΜΥ), deterioration of the weather is predicted by ...

To -25,1 degrees Celsius the minimum temperature from "Medea" in Western Macedonia

Polar temperatures and strong frost are the main feature of the weather in all regions of Macedonia, κατά τη δεύτερη...