Positive opinion for the change of use in the Biopa Siatista. The procedures for the exploitation of the building in another form are in progress

Positive opinion for the change of use in the Biopa Siatista. The procedures for the exploitation of the building in another form are in progress

The opinion of the municipal council of Voio was positive, for the change of use of the building of BIOPA Gounas Siatista.

After presentation of interest by the company AVI GIANT HELLAS, the emblematic building, can be released, in terms of its use and in addition to the fur to be able to accommodate, any potential investment.

As read by the president of the city council, there is also the consent of the association of fur makers Siatista, as long as there is accommodation for his offices, as well as the money from the rents to be directed to actions that will concern the fur industry.

Positive in their placement, it was the leaders of the combinations, Dimitris Kosmidis, Lazaros Gerechtes and Dimitris Lambropoulos.

For sale of the furriers' house, by the link itself, Michalis Karabatzias spoke, saying they are the first pimples, while as he said they should be the last to hand over their house, even if there was one last fur.

In essence, his reaction concerns the concession to a private company in the field of health and that he will only consent to the creation of a state structure in health, essentially expressing the ideas of the political body it represents.

Negative in change and the municipal councilor Christos Stergiou, which declared the furriers' association and the fur federation unacceptable, while congratulating Michalis Karabatzias.

Watch the video from the live broadcast of siera fm. 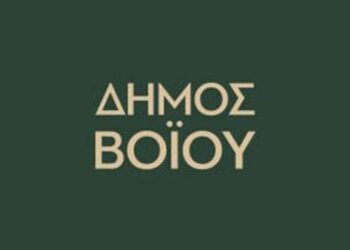 The Municipality of Voiou this year will once again distribute food for Christmas to those in need and registered by the.... Thanks from the Municipality of Voi for the events of the anniversary of the Battle of Siatista.

The Municipality of Voi on the occasion of the 110th Anniversary of the Battle of Siatista, organized a series of events, in space 30 October –...

The auctions for the lease of the plots of land of the Municipality of Voios continue in the next few days. Specifically, tomorrow, Tuesday 1 November 2022, will be conducted,... 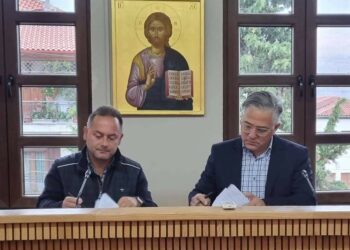 Today is Thursday 13-10-2022, was signed between the Mayor of Voiou, Mr. Christos Zeuklis and the contractor Mr. Vassiliou N. Tsitsikli, contract for...