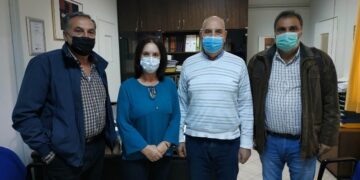 Calliope Vetta: Once again we are witnessing the abandonment of ESY. from the government – Visit to Mamatsio

Calliope Vetta: Once again we are witnessing the abandonment of ESY. from the government – Visit to Mamatsio 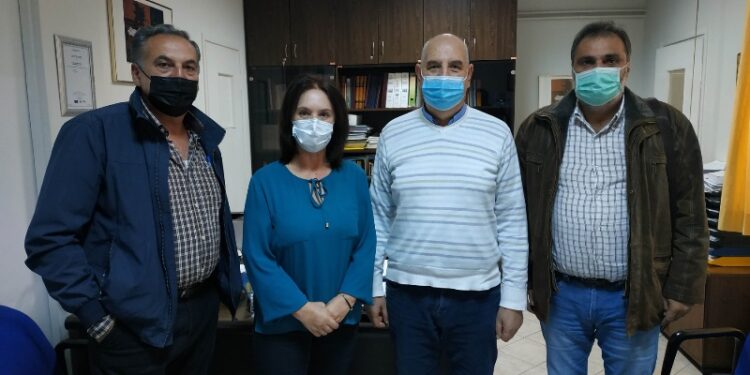 The Member of Parliament SYRIZA PS. Π.Ε. Kozani Mr.. Calliope Vetta, accompanied by the coordinator of NE. SYRIZA PS. Kozani Mr.. Costa Passalidis and the member of NE. K. Thanks Dalla, visited the G.N.. Kozani "Mamatsio", where he met with the Commander Mr.. Stergio Ganachio, medical and nursing staff, employees, as well as with custodians, feeding and cleaning.

The main topic of discussion was the situation prevailing in the Hospital, after the new deterioration of the health image as well, already, clinics are under enormous pressure.

Specifically, the pathology clinic accepts only patients with covid and is full 100%, as well as the respective hospitals of the nearby areas, while the same is true with the three ICU beds that are in operation (in total five provided by the regulation).

Alongside, special reference was made to the lack of basic specialties, such as physicians (3 instead 7 provided), anesthesiologists (only 2), orthopedists, doctors in ICUs and intensivists.

End, It was pointed out that the staffing of the Hospital - as well, only recently, they left 10 doctors and 9 auxiliary-, creates an additional problem in the proper operation of the Hospital.

Mrs.. Vetta, in her meetings, praised once again the work of health executives, emphasizing that the operation and effectiveness of the NSS, due, largely, in their own offering and self-sacrifice.

Regarding the shortages of doctors, The Member pointed out that the relevant announcements, must include incentives, economic and employment nature, to make them attractive and preferred by scientists across the country.

Alongside, made a public appeal for the vaccination of all citizens, to build a firewall in our country, which is unfortunately experiencing the tragic consequences of the pandemic, without substantial care on the part of the government, which with alien and contradictory movements, moves with delay, seeking solely the communication management of the issue.

End, in meetings he had with contractors in the field of security, There was a wide-ranging discussion about the imminent expiration of contracts.

Analytically, SYRIZA PS. the 2019, proceeded to create contracts in these areas, with expiration date on 31.12.21. The process was legal and completely transparent, as well as ranking lists, the examination of the objections and the final evaluation, were carried out with the contribution of Α.Σ.Ε.Π..
The result was, on the one hand, better working conditions and safeguarding the public interest but, mainly, better services for the public, as evidenced by a number of studies in this field.

Today, a few weeks before the end of the contracts, the regime is murky, as there is no information and employees are in great insecurity.

Mrs.. Vetta has vowed to table a parliamentary question on the issue, both for local needs, as well as nationwide, as he pointed out, workers do important pandemic prevention and upgrade of health structures, while at the same time, pointed out that the government's constant pursuit of putting contractors everywhere, has proved to be economically harmful and socially ineffective. 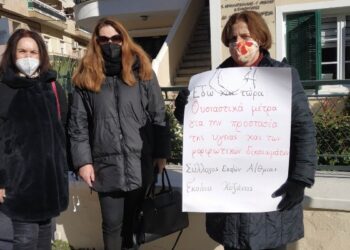