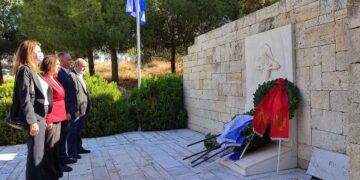 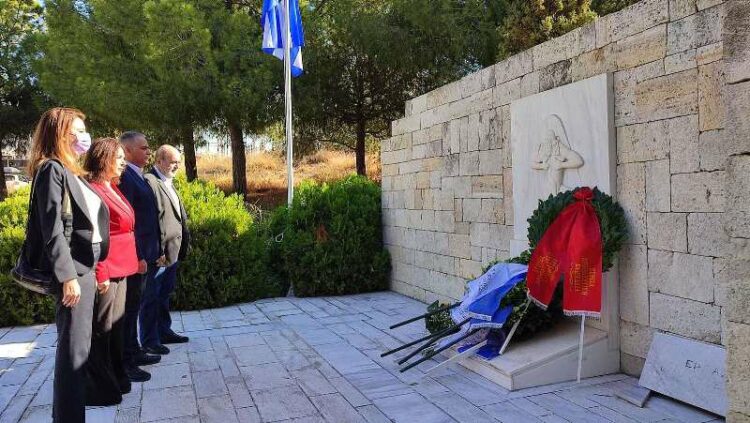 The Member of Parliament SYRIZA PS. Π.Ε. Kozani Mr.. Kalliopi Vetta participated in the commemorative events held for the anniversary of the Battle of Electricity in Keratsini.

At first, Mrs.. Vetta, representing the Parliamentary Group of SYRIZA PS, laid a wreath at the monument paying tribute to the fighters and the victims of the battle during which the forces of E.L.A.S., employees in the company and residents of the area, resisted Nazi troops' intention to destroy the basin's electricity grid. Alongside, Mrs.. Vetta participated in the concert for the Battle of Electricity that was organized at the PPC factory.

As she stressed in her statements, the anniversary of the Battle of Electricity has a double meaning. On the one hand, to express our eternal gratitude to the people who sacrificed themselves to keep the company afloat and to liberate Greece, but, also, in a modern context to strengthen our opposition to the government's plans for the gradual disengagement of the State from the share capital of PPC.

Continuing, reported that the privatization of PPC, It concerns all of us: households, employees and companies. At a time of growing energy and climate crisis, the expulsion of the sovereign rights of the State is an act of blatant indifference to the most important pillar of development and social cohesion of the country.
Closing, pointed out that it is up to the citizens to defend the public good of energy and to immediately stop the government's schemes for the concession of PPC to private interests.

End, this morning, visited the stand of PPC employees in Syntagma, where he was informed of their actions, the rally on Sunday 17 October in Ptolemaida and the nationwide strike on 19 October, while assuring them that it will be present in all interventions concerning the defense of the public character of the company.

Calliope Vetta: It turns out once again that de-ligation is centrally planned without the involvement of the local community

The Member of Parliament SYRIZA PS. Π.Ε. Kozani Mr.. Kalliopi Vetta spoke to the Standing Committee on Production and Trade about his bill..

The Member of Parliament SYRIZA PS. Π.Ε. Kozani Mr.. Kalliopi Vetta on the occasion of the response of the competent Ministry for his support ...