Katerini: A quarrel ended in tragedy

Katerini: A quarrel ended in tragedy

A 32-year-old man lost his life, last night, shortly after he was stabbed by a 33-year-old with whom he had a fight, in the Municipal Park of Katerini.

The perpetrator stabbed the victim in the carotid artery and then left the area..

The victim, seriously injured was taken by EKAB to the General Hospital of Katerini where an hour later he ended up.

Police immediately investigated the case and searched for the perpetrator whom they located in his house., while on him was found the knife he had used.

The perpetrator and the victim had previously occupied the local police authority while the reason for their quarrel has not been made known..

According to information, Grevena and Trikala went to the red after the large and rapid increase of cases. Specifically... 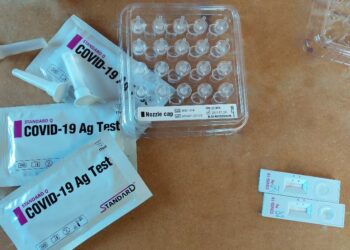 On Wednesday 20 October, Mobile Health Groups (ΚΟΜΥ) of the National Agency for Public Health (EODY) will be located at 8 central points ...

In an announcement of EODY, on Tuesday 19 October 2021, the following are reported: The new laboratory confirmed cases of the disease that ...