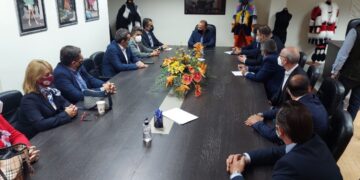 Ladder of ND in the offices of the Hellenic Fur Federation

Ladder of ND in the offices of the Hellenic Fur Federation

On Wednesday 8 September 2021, The First Deputy of Thessaloniki Dimitris Kouvelas and the Director President - Secretary of Organization - If. Secretary of the Political Committee of the New Democracy Stelios Kontadakis, accompanied by the MP of N.D.. Kastoria Zisi Tzikalagia, the General Organizing Coordinator of N.D.. in Western Macedonia Stergio Adam, the President of D.E.E.P.. Kastoria Vassilis Vellidis and local executives of N.D.. visited the offices of the Hellenic Fur Federation.

Specifically, Mr.. Tsoukas gave the context of the issues that plague the Greek and world fur industry, pointed out the importance of continuing the suspensions of the fur industry workers until the end of this year and stressed the implementation of the request submitted by E.O.G., which concerns a meeting with Prime Minister Kyriakos Mitsotakis, in view of the 85th TIFF. in order to discuss the serious issues that concern the industry. 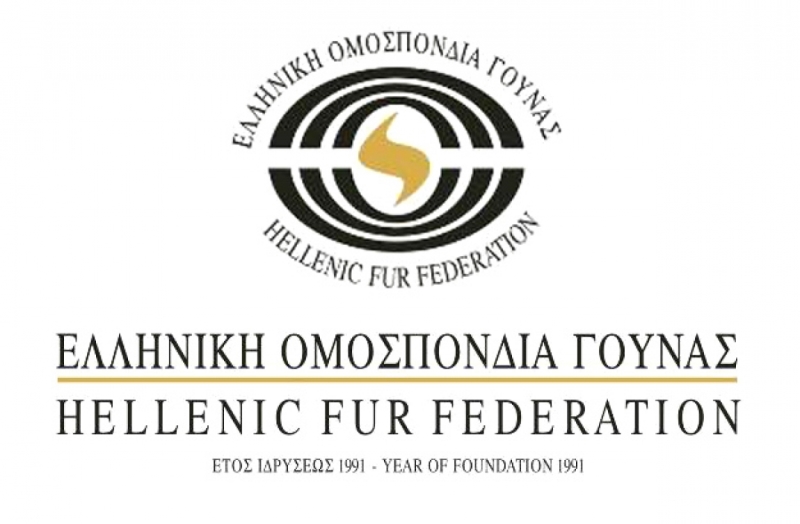 Hellenic Fur Federation to the Panhellenic Animal Welfare and Environmental Federation: Enough with your lies

A warm request: Enough with your lies. As much as you try to create impressions, the reality and the ...

Fur Federation: Ceremonial Visit to the Most Reverend Metropolitan of Kastoria

They paid a ceremonial visit on Monday 22 November 2021 to His Eminence the Metropolitan of Kastoria Mr.. Kalliniko, the President of the Hellenic Fur Federation ...

Anna Michelle Assimakopoulou: "Appeal for the protection and support of small and medium fur enterprises of Kastoria"

The need to protect and strengthen small and medium enterprises (ΜμΕ) of fur businesses in the area of ​​Kastoria, the MEP of New Democracy underlined ... 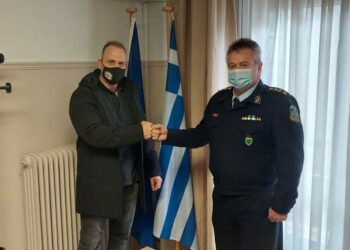 Akis Tsoukas: Visit to the Kastoria Police Department, on the occasion of the investigation of the theft of furs