In the 153 are the cases today 6/8 in GREECE, as announced by EODY. According to the information, no death has been recorded.

DETAILS OF THE ANNOUNCEMENT OF EODY

Today we announce 153 new cases of the new virus in the country, of which the 11 were found after checks at the entrance gates of the country. The total number of cases is 5.123, of which the 54.6% concerns men. 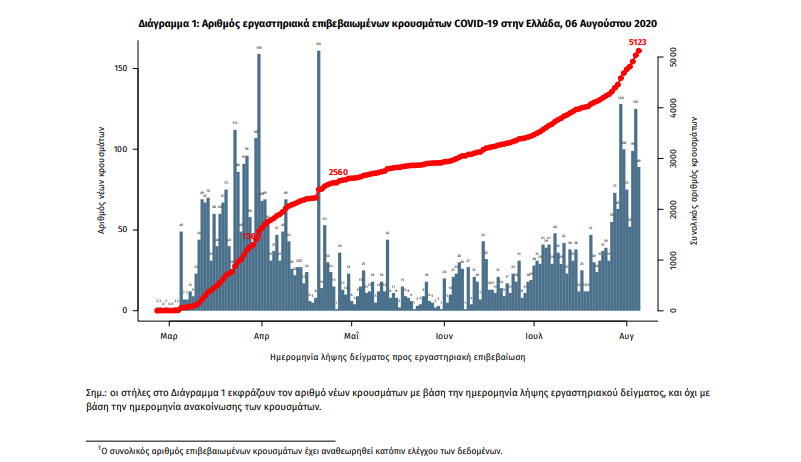 End, no new deaths have been recorded while we have 210 deaths overall in the country. 67 (31.9%) women and other men. The middle age of our deceased fellow citizens was 76 years and 95.7% had an underlying disease and / or age 70 years and older.

WHERE THE NEW CASES ARE LOCATED

West Macedonia: 52 deaths in November – 3 deaths in the Municipality of Voio