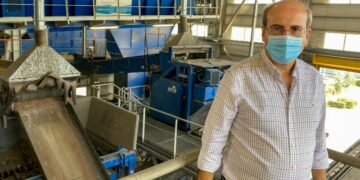 Kostis Hatzidakis: The future of Western Macedonia is green and European

Kastoria at full speed for lockdown!!

Pi. Koukoulopoulos: "Our local market and its people have priority today"

The honorary president of the Kozani Chamber of Commerce, George Svolis, "bent down" and cried on air on Top Channel

Official update on October 20th 2020 citizens of P.E.. Kozani for the COVID-19 pandemic

Municipality of Voio: Signing of a Contract for the renovation of the park in the area of ​​Ag. Georgiou in the settlement of Damaskinia

Municipality of Grevena: It is mandatory to use a mask in the Municipal Services for staff and the public

Positive case of coronavirus in a manager of DEYA Kozani

Kostis Hatzidakis: The future of Western Macedonia is green and European 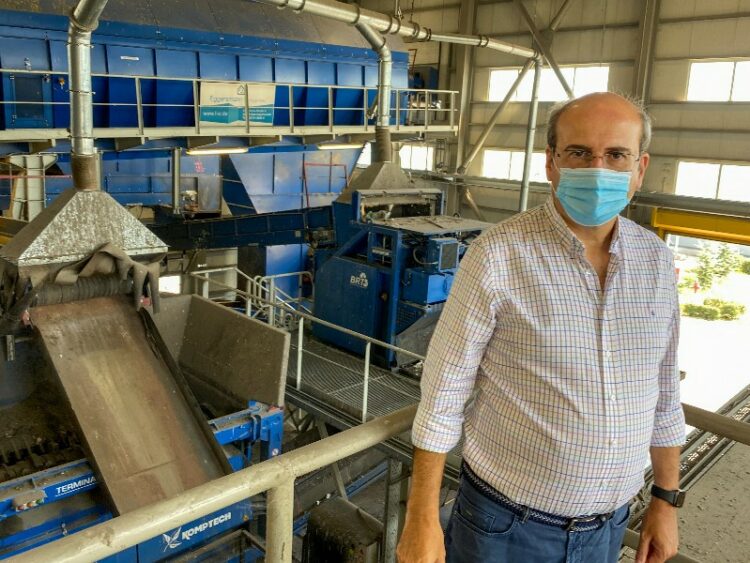 The future of Western Macedonia is green and European, underlined the Minister of Environment and Energy Kostis Hatzidakis during his visit yesterday to the Regional Units of Florina and Kozani.

As noted by Mr. Hatzidakis, lignite is withdrawn in all European countries, both for environmental reasons, as well as for economists.

It is now the most expensive fuel. That is why the government has drawn up a comprehensive plan (masterplan) for the fair transition of lignite areas with which not only their unilateral support by lignite ceases, but also provides support for their development in five pillars:

-The Akrini village in Kozani, where he discussed with the residents the environmental problems caused by the operation of lignite mines.

-The Lake Polyphytou, which after de-lignification can be used for the tourist development of the area and the irrigation of the estates around the lake.

-The ALPHA estate in Amynteo, which is a significant investment in the field of winemaking, with export orientation

-And the modern Integrated Waste Treatment Unit of DIADYMA SA (Waste Management of Western Macedonia) for the construction of which he himself had contributed, as Minister of Development. There he expressed his support for the plan of DIADYMA for the creation of a Circular Economy Park in the area.

Mr.. Hatzidakis made statements on the course of de-lignification and waste management. Here are the key points:

«We want a new beginning for Western Macedonia, not to depend only on energy even after switching to RES. We want it to be based on industry as well, in handicrafts, in alternative tourism, "smart" agriculture. During my visit I saw that Western Macedonia can have a future beyond lignite. A number of activities can be developed here and we have two main tools in this direction. One is 5 billion euros to be given to lignite areas, amount ten times in relation to the Regional Program of Western Macedonia. The other is the framework of investment-tax incentives that will be finalized by the European Commission and will attract large and significant investments..

There is already a specific design and on Wednesday I presented 16 emblematic investments, of which 11 concern Western Macedonia. Είναι κρίσιμο να μην υπάρξει κενό, That is why we will try to move the mining rehabilitation plans forward quickly. We are interested in those who dig today, tomorrow to cover, έτσι ώστε οι εργολαβικοί εργαζόμενοι να μην έχουν πρόβλημα και να μην έχει πρόβλημα μετάβασης η περιοχή. Αυτή είναι η κατεύθυνσή μας, the change of model for the region based on the European standards and the rules that have been adopted for the fair transition ".

"The Waste Management Unit of Western Macedonia, with which I am personally connected, shows the way that the rest of the country should follow.. Unfortunately, the philosophy that exists in Greece is "not in my own yard". So we have lost decades pushing garbage from one area to another and we still have uncontrolled landfills today, τις οποίες όμως είμαστε αποφασισμένοι να κλείσουμε οπωσδήποτε μέχρι το τέλος του 2022. Εγκρίναμε πρόσφατα στο Υπουργικό Συμβούλιο το Εθνικό Σχέδιο Διαχείρισης Αποβλήτων, our planning for the next 10 years. We will immediately introduce billing mechanisms with a bill so that municipalities can gradually introduce a disincentive for citizens, so that they do not throw their garbage without any sorting. We also put a lot of effort into the so-called brown bin for organic waste, ξεκινώντας από τα εστιατόρια και τα ξενοδοχεία.

And of course we will continue the effort to build Waste Management Units. We are planning the auction 17 units by the end of the year throughout Greece, when six from the establishment of the Greek state operate. Western Macedonia is an example to follow for other Regions. It does not just have problems, but also examples of success - beyond waste management-, such as alternative crops and winter tourism.

Εμείς θα κάνουμε ότι μπορούμε για να προχωρήσει αυτός ο σχεδιασμός για τη διαχείριση απορριμμάτων γιατί τα περιθώρια είναι ασφυκτικά. Οι δαπάνες για κατασκευή ΜΕΑ στο επόμενο ΕΣΠΑ παύουν να είναι επιλέξιμες, because Europe thinks they should have been done many years ago. So we have to run, because in Europe they now aim to limit landfill to 10%, when we have burial 80%. We will proceed without taking into account the political costs. The biggest cost is to pass this programming period and not to have EU funds afterwards so that we can move in this direction. ".

Transition to the post-linguistic era for whom and with whom;

The de-lignification master plan was presented a few days ago by the government. But a plan that is difficult to "speak" ... 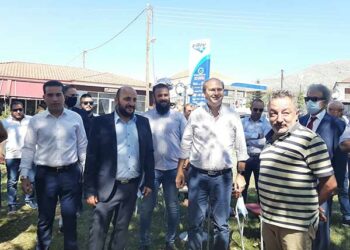 Kostis Hatzidakis from Akrini :The state will not remain indifferent, the current picture will not continue

The plan for the Fair Development Transition of the lignite areas was approved by the Government Committee. The main directions of the plan of the Fair ...