Criminal negligence and indifference, on the verge of possible deceit, the investigator blames the accused for the tragedy in Mati.

The conclusion of the sixth regular investigator, Ath. Marnery for the Eye

«Η αδιαφορία που επιδείχτηκε συναρτώμενη με την αυξημένη ευθύνη των υπαιτίων συνιστά ενδεχόμενο δόλο επίτασης του κινδύνου, in which the citizens were, who in case of fire in a residential area are of course directly dependent mainly on the Fire Service and not eg on the Mayor or the Police,who are obviously responsible, αλλά κατώτερου βαθμού και σημασίας. The people in charge knew this and nevertheless they were ostentatiously indifferent and in fact did not participate in the developments in Daou Pentelis - Neo Voutza - Mati as Xerxes., when he watched the naval battle of Salamis from his golden throne on Mount Egaleo ".

According to the apology of a firefighter:
"At 16:48 I contacted the PSC Commander from my mobile phone and I told him literally: "You do not send, John, no aerial, do not open jobs over there;”
He replied that he would see what he could do "

"If until 17:30 the ESKE had reacted immediately by sending 3 aerial means, which he was able to send, the fire is very likely if it had not been extinguished, at least had been checked… During the period from 18:10 to 18:30 does not attempt any air means in Daou Pentelis (the fire is noted to be entering Neos Voutzas 18:06, passes L.. Marathon approximately 18:20 and enters the Eye from 18:25 and after)»

"None of those in charge, namely the leaders of the fire does not suggest the evacuation of civilians, while the convening of the SOPP, where the issue of eviction of citizens would be raised is done too late, when it was no longer possible "

"Given the danger of the situation, What should be done is to convene the SOP as soon as possible (as the fire had crossed the boundaries of two municipalities), where firefighters should suggest safe evacuation of civilians, όπως έγινε στην Κινέτα. (…)
In general, "The attitude of the authorities shows that they did not pay any real attention to the fire and left it to get out of control, while at the same time being completely indifferent to the evacuation of the citizens."

All ESKE bodies knew all the facts about the ongoing fire, the route, its danger and the necessity of airborne intervention.

"No plan was carried out for the proper and timely rescue of the residents and visitors of the area, although the authorities knew that, first, insufficient air and ground means were available, and, Secondly, there was no decision to evacuate the citizens ".

"Then some of those in charge, did not hesitate after revealing the extent of the tragedy, to try to disguise reality, directed even against the expert Dimitrios Liotsios himself, which of course, we must point out that he ignored all the interventions and duly carried out the task assigned to him ".

"From the recordings of the record of the General Secretariat for Civil Protection, it emerged that Nikolas Toskas (SS. then Minister of Public Order) and those who attended the ESKE (National Coordination Center) they knew about the existence of the dead, at least by the time 18.36. So, both at the time of the arrival of the then Prime Minister, Alexis Tsipras, in the ESKE (after 23.00) as well as during the alleged briefing of the Prime Minister by Mattheopoulos (SS. refers to the then Deputy Chief of the Fire Service Vassilis Mattheopoulos) and the other executives of ESKE it was known to all those responsible that in Mati and N. Voutza there was a large number of dead ".

And the investigator recruited a drone for his finding

For the first time, under interrogation, drones were even used, which the investigator had to recruit, Mr.. Marneris to come to his conclusion about the deadly fire in Mati.

In its conclusion that numbers 97 pages, the investigator demonstrates the criminal responsibilities which, at his discretion arise for acts and omissions that led to this criminal result, as he points out.

Apparently the perpetrators were preoccupied with other issues and did not want to interfere operationally with the fire management so as not to be charged with a possible failure that would have an impact on their promotions., notes the investigator.

That is why some, even though they were instructed, never went to where they should be. On the contrary, according to Mr. Marner, επιχειρησιακό ρόλο είχε, although not provided, the then Deputy Minister Mr.. Toskas, which, from the recorded conversations, it seems that the Fire Department officials were asking about the air means.

However, according to the then head of the Fire Brigade, there was a parallel communication system for other purposes., while the official information was usually incomplete or unfortunately incorrect.

Fire in the Eye: New revelations - "He has dead, but they do not announce them "

The catastrophic mistakes and omissions of the state mechanism but also the lack of management in the crisis that broke out with ... 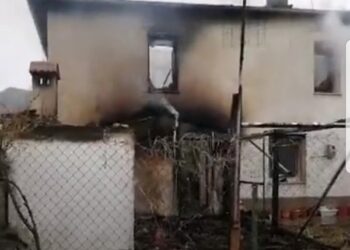 A house in Aliakmonas, Voio, was completely burnt down. According to information from siera fm, the fire was caused by arson from ... 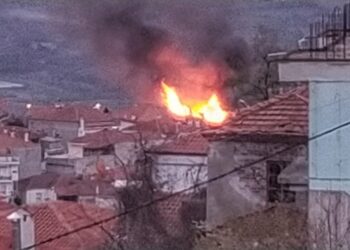 A house in Siatista in the area near the stadium burned down completely. According to information from siera fm, the fire started ... Galatini: Fire in a grassland

A fire broke out on Wednesday morning in Galatini. According to information from siera fm, the fire was extinguished immediately with ...