Omicron mutation: Differences with Delta and symptoms – Because it scares Europe

Omicron mutation: Differences with Delta and symptoms – Because it scares Europe

Professor Vana Papaevangelou considers the pessimistic version that the new Omikron mutation to prove so serious unlikely, so that it can not be treated with existing vaccines – The first symptoms manifested by the new mutation.

The scepters from Delta mutation will get her in the coming months Ομικρον with the experts so far being moderately optimistic in everything,as far as at least the part of the risk is concerned but also the coverage provided by the existing ones vaccines. The European Center for Disease Prevention and Control (ECDC), however, sounded the alarm, stressing that "vaccinations for those who have not yet been vaccinated or have not completed their vaccine and the booster dose for people over the age of 40 years is an imperative "! For that reason, after all, always remains on the table the possibility of its expansion compulsory vaccination inEuropean Union with the aim of stopping the mutation.

Professor Vana Papaevangelou considers the new version pessimistic Omicron variant to prove so serious, so that it can not be treated with existing vaccines, in an interview with the Athenian and Macedonian News Agency. If that happens then we're going back to March 2020 but having in our hands the know-how of the vaccines that, according to the pharmaceutical industry, can circulate within 90-100 days. In this case, however, depending on the spread of the virus in the community and the resilience of the health systems, additional measures will need to be decided ", points out.

The first data from South Africa report that the Omicron variant is associated with a milder disease compared to Delta, the pediatric professor points out and continues: "But we need more clinical data before we can draw safe conclusions. Our optimism also stems from the knowledge of evolutionary virology according to which, because the virus wants to continue to spread, prefers to let "patients" survive in order to infect more people ".

From our previous experience with the Delta mutation and according to ECDC forecasts, It is predicted that the Omicron mutation will prevail in Europe in the next two to three months, explains pediatric professor Vana Papaevangelou and adds that "the only way to reduce the chances of new major mutations emerging is universal vaccination".

The first epidemiological data from South Africa show that the "Omicron" variant is very contagious, as this country faces an exponential increase in new cases in recent days, emphasizes, while commenting on the climate of over-optimism that we are ending the pandemic after vaccination, reports : "We had the misfortune to relax the Personal Protection Measures, worldwide, to coincide in time with the emergence of the Delta variant , which resulted in a significant increase in cases in the middle of summer ".

What are the most common symptoms of Omicron at this time?

cough and fever are the main ones symptoms of mockery to watch out for. These symptoms are still reported in those diagnosed with the new Omicron variant.

Although World Health Organisation (WHERE) has stated that there is no evidence that the symptoms of Omicron are different from those of other variants, there are some indications that the new strain may cause some slightly different symptoms from the Delta variant.

These new symptoms include pain. It has also been reported that the positives in Omicron do not lose their sense of smell or taste. However, as Omicron remains largely "uncharted", it is too early to say with certainty the symptoms of the new variant.

So far, in South Africa, where Omicron was first identified, most who are infected have mild symptoms. This suggests that the two doses in combination with the booster still offer good protection against Omicron and all other variants. 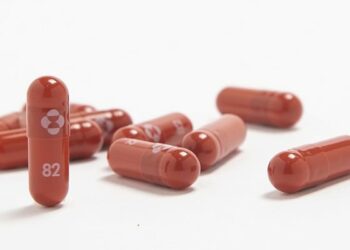 The procedure for administering antiviral drugs for coronavirus to patients belonging to the groups for which this treatment is recommended,...

In an announcement of EODY, the manufacture 28 January, the following are reported: The new laboratory confirmed cases of the disease that were recorded ...