With great success and all measures to protect against the coronavirus pandemic, took place in the courtyard of the Archaeological Museum of Aiani, on Sunday night 13 September, the second scheduled concert of the Thessaloniki State Orchestra.

Under the starry sky, the courtyard of the museum sculptures was flooded by the sounds of the harp, of flute and clarinet. From the nine-member musical group of K.O.Th.. Mozart's works were presented, Ravel and Beethoven, who excited the attendees.

The event was part of the program of the Ministry of Culture and Sports "All of Greece is a culture", and was offered free to the public. Organized by the Thessaloniki State Orchestra, with the support of the Ephorate of Antiquities of Kozani. Participation was by reservation of tickets, with a certain number of seats, while watching her 200 individuals.

The public and the K.O.TH.. welcomed by the Head of the Ephorate Areti Chondrogianni-Metoki, while the event was prefaced by the Director of the Thessaloniki State Orchestra Zoe Tsokanou. The event was honored by the presence of MP P.E.. Kozani Stathis Konstantinidis with his entourage, the Deputy Regional Minister of Tourism and Entrepreneurship George Vavliaras, the President of the community of Aiani Stergios Vavliaras, but also members of the local government.

With the hope that this year's successful and adapted to the pandemic conditions of the covid-19 program of the Ministry of Culture "All Greece a culture" to have continuity and duration in time, We point out its important contribution to the promotion of the museums and archeological sites of the region, given their central and nationwide visibility.

The Archaeological Museum of Aiani was included this year in the emblematic spaces and museums of Greece, with two successful concerts, attracting audiences from neighboring regional units. Alongside, paved the way for the most immediate, substantial and targeted cooperation with K.O.TH., but also other similar state bodies, as the space is offered not only for large concerts, but also for the organization of international conferences related to music, which, as an art, in the area of ​​P.E.. Kozani had already been developed by 6the e.g. Millenium. This is confirmed by the six intact bony flutes of the later Neolithic period (5.500-5.000 e.g.), from Kleitos and Kremasti Valley, using a pentatonic scale, but also the bone "whistle" of the ancient Neolithic (6.500-6.000 e.g.) from Pontokomi, which is the oldest complete musical instrument in Greece and beyond.

(The photos we give to the public are from the ancient EFA Kozani and the photography of the event by K.O.TH.) 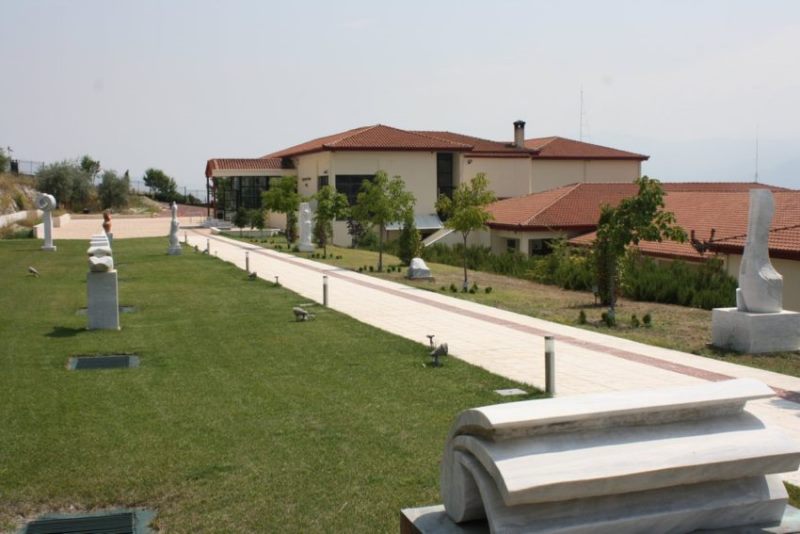 The Ephorate of Antiquities of Kozani participates again this year in the celebration of the European Days of Cultural Heritage (ΕΗΠΚ) 2021, which this year are dedicated ... 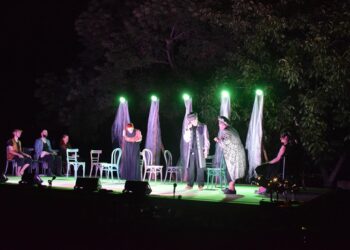 The theatrical performance "The cunning widow" was successfully performed

The theatrical performance "The cunning widow" was successfully performed, from Di.Pe.The. Kozani at the Archaeological Museum of Aiani, on Saturday 24...

The Ephorate of Antiquities of Kozani, on the occasion of a citizen letter to a local news site and other relevant questions that we receive from time to time ...

The two theatrical performances under the general title "Theater In Situ" were successfully performed on Monday and Tuesday 12-13 July ...