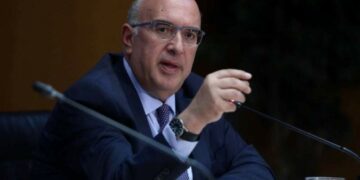 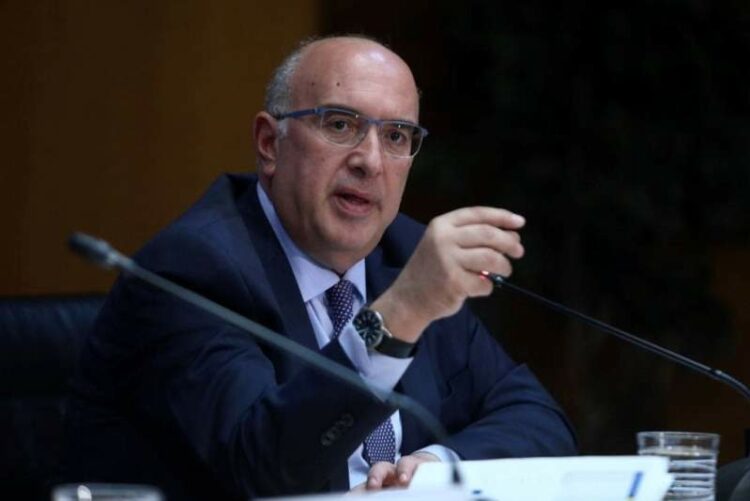 The application framework for the use of anti-skid chains in vehicles, but also all the actions to improve the level of Road Safety, described the Deputy Minister of Infrastructure and Transport, responsible for Transport Mr.. Michalis Papadopoulos in an interview he gave, today Friday 30 September 2022, on SKAI radio station 100,3 and to the journalists etc. Dimitris Oikonomou and Akis Pavlopoulos.

The Deputy Minister of Transport noted that a serious government is planning, foresees and legislates the next step in matters of competence and at the same time, provides solutions to issues that may be self-evident, as the problem didn't just occur last winter, but every time it snows.

For the use of anti-skid chains, Mr.. Papadopoulos clarified:

"When the weather conditions call for it, which is the responsibility of the Police Departments, of the Traffic and General Grammatical Civil Protection to judge it, as provided in the article 52 of KOK, then the driver has the obligation to have the chains with him. We cannot force the driver to have a chain in the car all this time, although I wouldn't say it's bad, have the equipment in the trunk, where there is storage space for the spare and other necessary components, in most cars."

The Deputy Minister of Transport reminded that with a related circular, which he has signed, it is intended that driving schools include in the training program learning the procedure for fitting and removing snow chains, while for today's drivers, noted that he has appealed to garage owners and KTEO to help drivers learn the relevant procedure.

"As a Northern Helladite and Kozanite, I know that in Northern Greece all drivers have chains or snow tires on their car after October, because you don't know what will happen to you either because of the snow or because of the frost. The decision is of particular importance for our fellow citizens below Larissa, where the problem occurs on a case-by-case basis", added Mr.. Papadopoulos.

The Deputy Minister of Transport also provided clarification on the framework applicable in cases of car rental. As he said:

"In rental cars, when a company has for example 100 cars, we don't force them to take chains and at 100, but in the rental agreement, if the tenant requests chains, as can request a child seat, then the company has an obligation to give him chains."

Regarding a related question, Mr.. Papadopoulos also referred to the traffic rules for roller skates, but also in the purchase cost of the helmets, which has already been reduced by the present government to 13%. He said about it:

"A problem we are looking at at the Government Road Safety Committee, over which I have the honor to preside, it is also the application of the traffic rules that apply to skates, where a helmet is mandatory. Also, in cooperation with the Ministry of Finance, we are trying to find a way to introduce zero VAT on helmets. All this is included in the Strategic Plan for Road Safety 2021 – 2030, the implementation of which presupposes a change of mentality and culture in road behavior, but also specific actions by the State".

Approval of the National Road Safety Strategic Plan for the period 2021 – 2030, during the fourth meeting of the competent Government Committee

It took place today at the Ministry of Infrastructure and Transport, Tuesday 29 November 2022, the fourth meeting of the Government Committee on Roads... 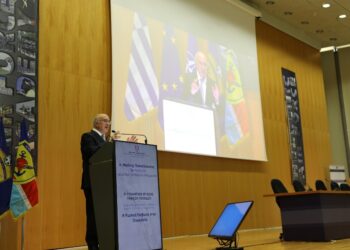 The Ministry of Infrastructure and Transport addresses with concrete measures the effects of the conflict in Ukraine in the field of Transport, stated ... 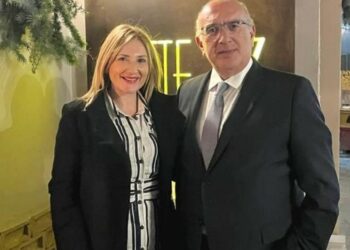 Michalis Papadopoulos: Congratulations to the new Board of Directors of the Pharmaceutical Association of Kozani

Congratulations to the new Board of Directors of the Pharmaceutical Association of Kozani... and to the new president TERESA CHARAMI ‼️ During the pandemic...