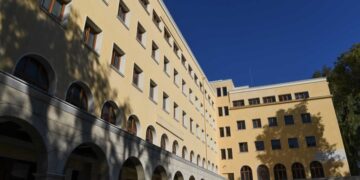 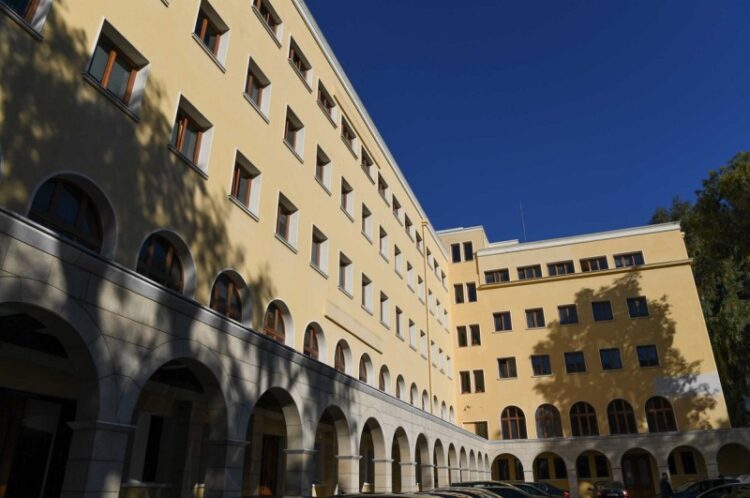 A total of ten people were injured in the attack of a priest with caustic liquid that took place on Wednesday afternoon at the Petraki Monastery in Kolonaki. According to information from the attack, they have been injured 7 metropolitans, a police officer and two other citizens. It is noted that the perpetrator was arrested.

Three of the seven injured metropolitans are said to have extensive burns (even on the face). In fact, one of them, as announced by the Minister of Health Vassilis Kikilias from People's Hospital, served on plastic surgery of ΚΑΤ, while there will be deliveries to Gennimata and specifically in Ophthalmology Clinic.

Priest under fire the perpetrator

Immediately after the announcement of the court, how he insists on the dismissal decision, the ousted priest launched the attack on the seven members of the court.

The timeline of the attack

A Synodal Court was in progress on Wednesday afternoon at the Petraki Monastery, when suddenly a priest threw caustic liquid in the face and body of the Metropolitans. Πληροφορίες αναφέρουν πως πρόκειται για βιτριόλι. Οπως μετέδωσε στο OPEN η Δέσποινα Βλεπάκη, the perpetrator used two bottles of caustic liquid in attack.

While the Holy Synod was in progress on this issue, the priest, who is accused and was on the run, suddenly took out a bottle and threw the caustic liquid to the metropolitans.. EKAB ambulances rushed to the spot while strong police forces were found on the spot to block the area of ​​the attack..

Kikilia's statement about the attack on the metropolitans

The Minister of Health Vassilis Kikilias went to General Hospital of Athens "Popular", in order to be informed of the state of health of the injured served by Petraki Monastery and made the following statement:

"It is a tragic event, which we face from the first moment with EKAB who rushed to Petraki Monastery. Seven Metropolitans are hospitalized in “Popular”, the four more slightly will stay here and receive first aid, one is already serving in the Plastic Surgery of KAT and the other two Metropolitans, depending on the course of their health, may be served either at the CAT or at his Ophthalmology Clinic “C. Gennimatas”».

Asked how many of the injured were serious, he said: "I do not want to go into medical details. I think the Hospitals and the Health District, properly and organized, when there is a reason they will issue a medical announcement.

The Prime Minister has requested and is constantly informed. It is obvious that it is a tragic event, has two aspects. One concerns the Ministry of Civil Protection, which has already been addressed by the Minister, Mr.. Chrysochoidis and the other is of a medical nature and has to do with the Ministry of Health.

Repeat, is an unprecedented event, tragic event. What we have to do immediately is to offer our high priests first aid and then to assess their condition correctly and scientifically., so that they can receive further medical treatment or treatment if and when necessary. ".

Vitriol attack: For attempted murder he is referred to be tried under no 1510/2021 36-year-old member of the Athens Council of Criminal Courts ...

Vitriol attack: The 36-year-old should be tried for attempted murder, proposes the prosecutor

To prosecute the 36-year-old who attacked with vitriol against the unfortunate Ioanna for the crime of attempted ...

Vitriol attack: The entire apology of the 36-year-old – “I got a sick obsession with Ioanna”

Shortly before the completion of a year from the attack with vitriol that Ioanna had received at the entrance of her work ...

Vitriol attack : The 35-year-old confessed - She apologized a year later

One year after the vitriol attack on Ioanna, the 35 alleged perpetrator gave an additional apology, confessing what he has done ....