He would have continued his crazy course if the patrol had not shot him – "No big deal, I did not see them "his first words.

The murder of two men in Monemvasia by a 52-year-old has caused shock, who in amok situation drove a motorcycle with two 77-year-olds in his car and returned to the spot where he had struck them to finish them off. Today the perpetrator is expected to be taken to the prosecutor.

The 52-year-old, after hitting the motorbike, dragged the first 77-year-old and dragged him for several meters on the asphalt. The second man was hit on the asphalt, having blows to the head and broken leg and the perpetrator returned to the spot and finished him off, dragging him too. According to Mega, the breathalyzer test did not show any amount of alcohol in his blood.

The crazy course of the perpetrator seems to have been interrupted by the Police patrol, which the perpetrator tried to inject. The police threw the patrol car on the 52-year-old's car to stop his rage. The motives of the bloody attack remain unknown.

"No big deal. I did not see them. I did not understand what happened ", is said to have been the first words of the 52-year-old for the two men according to pelop.gr. 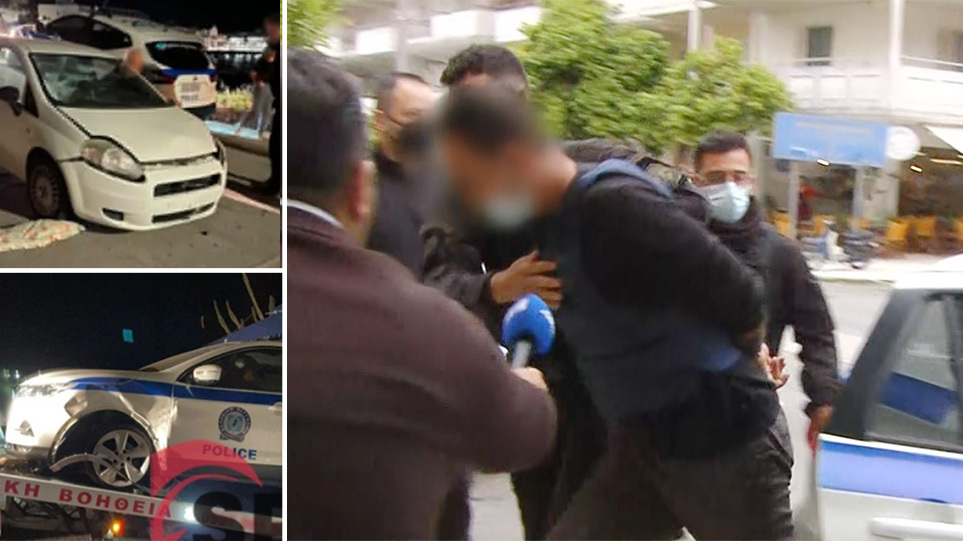 The testimony of his friend

Police say he had never been involved with the authorities before, he was a peaceful farmer who also had rooms to rent, and lived with his mother and sister. "It was as if something had happened suddenly or there was something psychological that had not been diagnosed until today", stressed witnesses, according to SKAI and added that he is not even able to describe to the police what happened last night. "It's like being in his world", state characteristics.

As a friend of his testified at the beginning, 1-1,5 hour before the tragic event they were together, he realized that something was wrong and for this reason he took him home. Then he took the car himself, went to a local tavern, where and there he is said to have behaved strangely. As they describe, he would go over to the customers' tables and look at their dishes, Go outside, he lit a cigarette and then came in again, while he was sitting at a table and when the owner of the tavern saw him he realized that something was wrong, she did not serve him and told him to go home to rest.

"Suddenly and without any fault two people left this world, torturous and unjust. Logically, a fool hit them from behind. The evil happened. This is the ugly thing. At that time I was working in the area, delivery to souvlaki restaurant, and I saw the scene in front of me. I saw my father five minutes before it happened and I saw him five minutes later, when he was covered in blood on the street. She seduced him, almost, for 300 meters and then turned and dragged the other deceasedSaid the son of a victim to SKAI.

«He was in a state of amok and was going at high speed and spinning», noted the deputy mayor of Monemvasia to SKAI, Stavros Christakos, explaining that the driver allegedly took refuge in the restaurant parking lot from where he was chased when they saw his vehicle full of blood.

The deputy mayor clarified that the driver and the victims are likely to have known, as we talk about an area 1.000 people, while so far no information has emerged about differences between the three men.

What happened to Alexis Kougia

According to the Mega journalist, the 52-year-old was called by the Molaon Police Department Alexis Kougia to defend him. As the well-known criminologist said when went there the 52-year-old tried to trap him in custody, closing the door.

According to him, he was afraid for his integrity, stressing that the man is impossible to communicate.

The quantities of drugs come from cases handled by the Drug Prosecution Department and the Directorate's Cross-Border Crime Control Team..

The Union of Police Officers assists in the Crocus football tournament

The three-day football tournament was held with a large participation of the children 24,25 & 26 June at the Krokos Sports Center. ...

Larissa: It was closed for 42 years at home

A dramatic story came to light in Larissa, after the death of a 76-year-old mother. Specifically, as the newspaper reports ...

The Union of Police Officers of Kozani expresses its warm congratulations to the colleagues of the Security Department of Eordaia for the immediate investigation ...