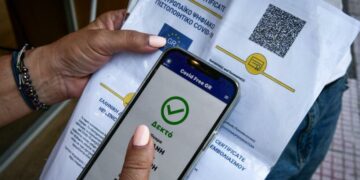 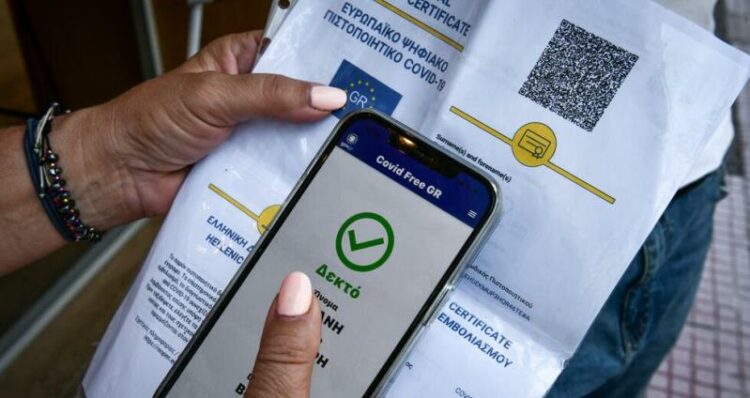 New "trick" to enter the interiors of restaurants in Thessaloniki, and not only, have found several unvaccinated. What are they doing; They use vaccination certificates from friends or relatives, in order to "escape" from the controls at the entrances of the stores.

It is recalled that a few days ago a woman was arrested in a bar in Thessaloniki, who was enjoying her drink with a… loan vaccination certificate. The ELAS audit found that its details did not correspond to those of its identity.

"I have given my vaccination barcode to at least six people in my company, as many stores do not identify items, so they come in normally ", stated to ThessToday.gr an employee in the field of aesthetics, who wished to remain anonymous.

Barcode exchange outside a store in Thessaloniki

Characteristic is the incident that unfolded on Saturday night, in a well-known shop with billiards and table tennis, down town. Company 9 individuals were spotted by the camera exchanging vaccination certificates, just outside the store.

The businessman, knowing the severe penalty that is imposed in the store if and if the certificates prove to be "borrowed", asked the specific company for IDs to verify their details with the green pass.

Right away, and the nine people, came out of the store and one of them was heard saying "here they are checking".

In addition to the certificates, they also show… .foreign identity

The owner of a cafe-bar on the pedestrian street of Agia Sofia points out to ThessToday.gr that for some days now the unvaccinated, except for the ανε loan certificate, display with their mobile phones even the back of the holder's identity, in order to look more convincing.

These practices may be considered a "common secret" among the unvaccinated, however, the president of the Association of Grill Restaurants and Coffee Bars of the Prefecture of Thessaloniki, Ioannis Filokostas, εξήγησε στο ThessToday ότι τα εν λόγω περιστατικά είναι «μηδαμινά».

However, as he stated, if and when the specific methods are used by the unvaccinated, then endanger public health.

How long will the vaccination certificates last?

The government is waiting for the suggestions of the infectious disease committee in the coming days, on the issue of the duration of vaccination certificates .... 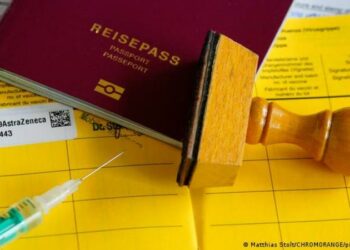 Enters… ceiling of months and expiration date of the vaccination certificate in the EU.