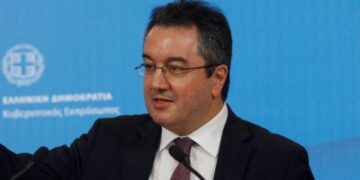 Mosialos: Zero tolerance to sprayed theories – What is the answer to conspiracy theorists?

Mosialos: Zero tolerance to sprayed theories – What is the answer to conspiracy theorists? 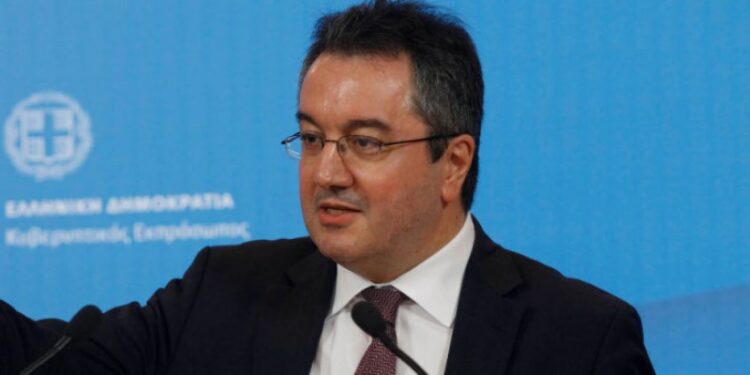 Elias Mosialos answers those who doubt the existence of the coronavirus and the measures taken to deal with it.


“There are certain categories of citizens who question the measures or the methods of implementing the measures. But let me be more specific based on the arguments that are being developed” mentions the LSE professor in a lengthy post on Facebook and explains:

1) The implementation of the measures has slowed down and we have therefore reached the brink of a second wave of the pandemic.

However, we are not on the verge of a second wave and we can easily stop the growth rate of cases. The qualitative composition of the cases has also changed. We have more cases at younger ages and it seems that vulnerable groups are taking action. But if the spread of the disease increases then it is possible to have more cases in vulnerable groups. The solution is the correct implementation of the measures with the coordinated actions of the state and the citizens.

Both sides see the problem piecemeal. The state cannot enforce the measures without the consent and participation of the citizens. And the citizens can not always implement the measures if the state does not create the appropriate conditions for implementation. Eg frequent itineraries for MMM, strengthening teleworking for vulnerable groups, work protection for vulnerable groups working from home.

3) The state could enforce the measures with large fines and systematic police surveillance.

This recipe is not going to work nor has it worked when it has been attempted internationally. The solution is not the constant policing of everyday life but the systematic one, serious and persistent information of the citizens that must be combined with corresponding public behaviors and of those who implement policies but also of those who have the responsible role of exercising opposition. But the state must enforce the measures at the business level. The fines should be very strict when doing business (from supermarkets to transfers, from large to small shops) do not apply the measures.

4) The cases increased because we opened the borders and foreigners brought them to us. The vast majority of cases are of domestic origin. There is a problem with our northern border that has been identified. Efforts to control the northern border need to be stepped up, and if the pandemic spreads to secondary levels in some Balkan countries then we need to look at more drastic measures, as was the case with arrivals from Serbia.. However, we did not have a significant increase in the number of imported cases from Western European countries. There are outbreaks in some areas but not yet at alarming levels.

5) We underestimate health and promote the economy. Health and the economy are communicating vessels. Without health we will not have economic growth and without economic growth we will not have a strong health system. If we do not implement the measures then there will be a feeling of insecurity in a large part of the population. Many will limit their activities. Among them are many retirees and the elderly who have significant purchasing power. We are therefore implementing measures to boost both health and the economy.

6) The virus is a lie. They all direct great interests to impose restrictions on our freedoms and to silence us. Classic reaction of part of Greek society. Two remarks here: the vast majority of those sprayed will apply the measures reverently if the situation goes away and we have a second wave. The point, however, is not to reach a second wave due to the irresponsibility of some. There must therefore be zero tolerance for the spread of false news and 'theories'..

7) Virus is not a big problem. It is a simple flu. After all, most patients will not have a significant problem. It is true that the vast majority of patients will not get seriously ill. Many will be asymptomatic. But it is not a simple flu. But those who are seriously ill will have health problems for a long time. Also mortality from coronavirus is multiples of this flu. We now see it in relief in the USA (161,352 deaths so far – 34,200 deaths from the flu 2019). Citizens need systematic and persistent information. With messages that will be processed by groups of experts (anthropologists, sociologists, political scientists, public health doctors) along with communicators and opinion makers. 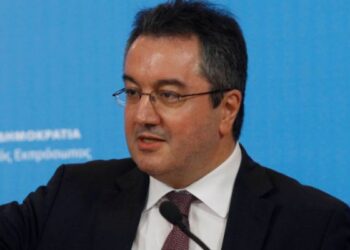 Elias Mosialos: The Month of Normality Next - The Truth About Vaccine "Side Effects"

Elias Mosialos: "Why mink is killed - The coronavirus variant"

One of the topics of the day is the killing of millions of mink around the world, but also in Greece ....

Mosialos: Vaccine is not the solution -Oi 5 parameters for the final treatment of the virus

Just before the end of September there are more than 300 candidate vaccines for coronavirus, 42 από αυτά δοκιμάζονται σε...