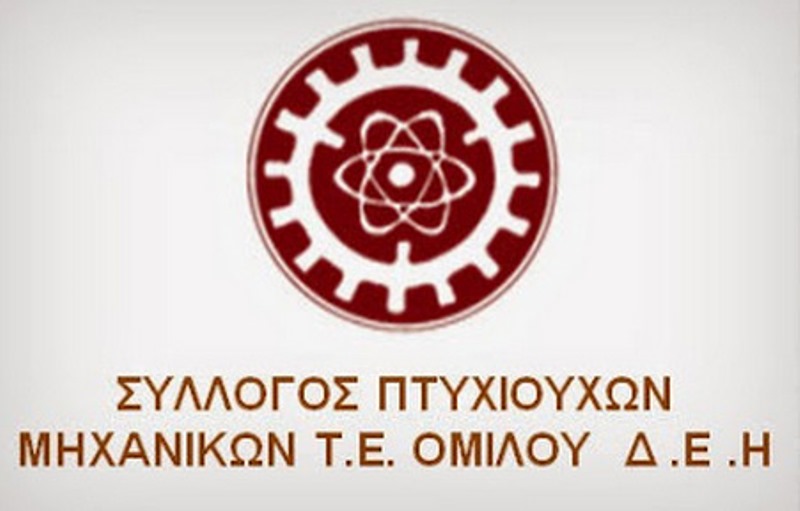 According to the statements of the competent Minister of Energy the day before yesterday, the agreement reached between the Chairman of the Coordinating Committee for the preparation and implementation of the Plan for Fair Development Transition was welcomed. (SDAM) Kosti Mousourouli, of the Regional Governor of Western Macedonia George Kasapidis, of Mayors, Kozani Lazarou Malouta, Εορδαίας Panagiotis Plakentas, Amynteou Anthimou Bitaki and top PPC executives, «for a viable and economically viable solution to the problems of Western Macedonia's district heating under the data created by the demilitarization schedule.

Part of the technical and economic solution, will be the construction of M.High Performance Electricity and Heat Production Co. (ΣΗΘΥΑ) from the PPC, which will be the basis for meeting the heating needs of cities. This solution will also be based on natural gas. ".

The Association of Graduate Engineers (SDM) PPC Group [& IPTO], remaining a longtime supporter of technological developments and studying in depth all the parameters affected by the imposed changes in the energy sector., expressed early and immediately, from the first moment his positions and views:

Elaborate study, with resources of the Association.

in the context of the implementation of relevant decisions of the Board., after informing that the study had been received (April 2020) assigned at the beginning of the year, with funding from the Association, to highly regarded specialized scholars concerning it:

"Investigating the Impact of the Implementation of the National Energy and Climate Plan (ΕΣΕΚ) announced in December 2019, regarding the use of PPC's lignite and water pumping units, before and after 2030 ".

In this study, examined everythingall possible alternative scenarios regarding the appropriate PPC production units that can operate, so competitive, as well as necessary in the future, taking into account the remaining units of individuals and the rules of the new market model that will apply in the coming years.

Conclusions of the study

A. The continuation of the operation of the Ptolemaida V Infantry Unit and after 2028, as a competitive unit of production with domestic fuel, compliant within the permissible CO emission limits2 with improvement mechanisms and significant benefits for the National Economy, such as partial depreciation of investment capital, maintaining hundreds of jobs, security of domestic electricity supply and low-cost district heating in the neighboring municipality of Eordea.

B. The conversion of a lignite unit of the Agios Dimitrios substation into a combined cycle unit of the FA. (ΣΗΘΥΑ), with very low construction costs compared to the construction of a corresponding unit from the beginning, fully competitive, non-polluting, with the maintenance of dozens of jobs and the provision of low-cost district heating to the Municipality of Kozani.

C. The transformation of a lignite unit of the Amyntaio substation into a combined cycle unit of the FA. (ΣΗΘΥΑ) with very low construction costs compared to the initial construction of a corresponding unit, fully competitive, non-polluting, with the maintenance of dozens of jobs and the provision of low-cost district heating to the Municipality of Amyntaio.

So taking into account the above, combined with the data that:

The meeting with Mr. was requested. Undersecretary of Energy, as head of the new ESEK,

in order to present in detail the findings of this study in an effort to make a scientific and substantial contribution to the sustainable design of the post-Hellenistic period., with the presence and participation of stakeholders from the areas they face - once again in history- major and existing problems from the risk of abandonment and impending new wave of immigration of their productive potential and obviously of the younger age population.

Meetings of the Association and relevant information of the Mayors of Kozani, Εορδαίας, Defense and the competent Committee of Bodies of the Region of Western Macedonia.

The above was discussed with Messrs. Mayors of Kozani, Eordaias and Amynteou in meetings that took place during the previous period, who expressed both concerns about the issue of district heating, as well as for the loss of hundreds of jobs resulting from the gradual, but violent "erasure" of lignite plants in the areas of their competence.

also, at the last meeting of the competent Committee of Bodies established on the initiative of the Regional Governor of Western Macedonia and. C. Kasapidis, with the participation of Mr.. K. Mousourouli and all the involved bodies, the President of the Association, among others, expressed concerns about the impending unilateral development of RES (mainly in Western Macedonia), without the existence of energy storage and with only the criterion the existing infrastructure of the Air Transport Lines (GM) High Voltage (YT) and High-Voltage (ΥΥΤ).

particularly, pointed out that:

The implementation of the aforementioned proposal will reduce the negative effects of a violent change in local communities and even the migration of populations, mainly young and highly dependent on the country through increasing imports.. in order to ensure the required coverage of demand needs e.g.. during the hours when there is a lack of production or from RES.

Based on all of the above, the Association welcomes,

However, it is pointed out that the construction of SITHYA Unit by PPC SA, only to meet the needs of district heating, under current conditions, it will be very difficult or even impossible to compete with the new "target model»Of the market, so an apparent "opportunity" can easily become a "trap", leading the Company to a new business impasse.

In this context, The Association will gradually present the findings of the specialized study that it commissioned and received, with the desired goal:

highlighting the most important operating scenarios for electricity generation for,

in the following years in Chora.

By order of the Board. 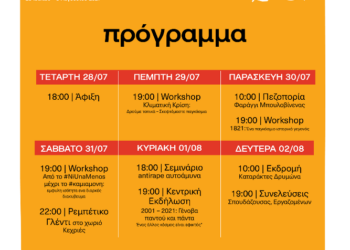