ARSY: We support farmers' struggles and participate in their rallies and blocks

Zempiliadou: "Fair" Transition 2021-2027: Three years WILL…. Don't expect us to celebrate with them about it

Agricultural and Livestock Association of Eastern Eordaia and Southern Basin of Vegoritis: Everyone on Tuesday 31/01 with the tractors in the block at the junction of Filotas!

Kozani: Woman 60 years old was found dead in her residence

Florina: He breathed his last at the ski resort

Special control crews, which will carry out extensive checks on the benefits and programs of DYPA former OAED are established by a joint ministerial decision of the ministers of finance and labor.

According to the decision, the audits of the programs and benefits of the D.YPA.A. (former OAED) are carried out in three levels of control and are distinguished into primary, secondary and tertiary controls.

Audits are carried out following a mandate from a competent body, and the mandate describes the scope of the audit and sets the deadline, within which it must be carried out. This deadline may be extended, due to special circumstances relating to the audit requested.

Secondary audits examine the correctness of the findings issued by the auditors of the primary audits in terms of the content and the procedure followed.

In addition, secondary control also means the preparation of a proposal to the competent decision-making bodies of the D.Y.P.A., when they are asked to decide on objections or other administrative aids against decisions, which are based on findings of primary controls.

Higher level audits are carried out in cases where, at the discretion of the Administration of the D.YPA.A., special care is required due to the degree of complexity of the audit or the amount of damage that the D.Y.P.A may suffer. In order to carry out a higher level audit, it is not necessary to have previously had a primary or secondary audit on the same subject.

Checks are carried out in and out of hours with autopsies, reviews of hard and electronic records, communications with interested parties and the competent services and any other suitable means.

Refusal of audited natural or legal persons to cooperate in the audit or deliberate delay on their part may be taken into account for drawing conclusions that will be reflected in the audit report.

After the end of the audit, the auditors draw up a report with the findings of the audit and deliver it, within the stipulated deadline, to the institution that requested the control.

Auditors receive compensation for each audit they perform which covers at least 12 checks per month. The compensation amounts to 28 euros per check. Its payment is made on the condition that the audit has been completed and the relevant conclusion has been delivered on time.

OAED – ΔΥΠΑ: New lump sum allowance 300 euros to the unemployed, who can apply

The procedure for the submission of an application by the long-term unemployed who are entitled to the one-off cash benefit of 300 euro...

OAED – ΔΥΠΑ: Green light for 8 programs for thousands of unemployed and employed

New programs for thousands of unemployed people are planned for the next period according to the Action Plan for the Enhanced Guarantee for...

DYPA-OAED: These are the new changes to unemployment benefits – How they will apply

The issuance within December of the ministerial decisions in implementation of the "Jobs Again" law, gave the "green light" for the... 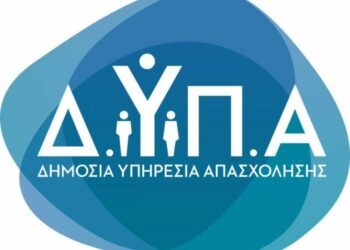 Extension for the allowance of 400 euros granted by DYPA (former OAED) in order to "enhance" their skills almost 150.000 employees. Specifically, the...