Intervention - letter from the Member of Parliament P.E.. Kozani Stathis Konstantinidis to the Minister of Environment and Energy, K. Skreka for the change in the shareholding structure of PPC in relation to the Fair Transition of the lignite areas

Intervention - letter from the Member of Parliament P.E.. Kozani Stathis Konstantinidis to the Minister of Environment and Energy, K. Skreka for the change in the shareholding structure of PPC in relation to the Fair Transition of the lignite areas

After the administrative and operational restructuring and the productive and developmental reorientation of PPC, its shareholder transformation is also evident, with the loss of the majority stake held by the Greek State, through utility companies.

The financial environment seems to favor the company's decision to increase its share capital, which is specified successful. Moreover, the public limited and listed company, governed by company rules and governed by business criteria.

Undoubtedly, Nevertheless, the PPC, with its dominant position in the energy landscape of the country, has had and continues to play a key role in the energy market, by extension, impact on the economy and society, as evidenced by recent developments, while it is also the guarantor of the safe transition to the liberalized energy market.

Is, Nevertheless, its operation is completely intertwined with yesterday, today and tomorrow of the lignite areas of the country, especially of the Kozani PE.

For us it is absolutely clear, that we want a strong PPC, which will ensure that citizens and businesses have adequate electricity and competitive prices. A modern PPC, which will integrate in its operation the new technologies, and green, leading the way for a climate-neutral economy. A PPC, whose heart will continue to beat in the Kozani PE and with the energy arteries starting from here it will continue to transport the good of energy throughout the country. But also a PPC, which will remain faithful to its commitments and obligations towards our place and its people.

I have noted other times, that the sensitive, due to the circumstances, sensors of my roommates, need timely information from responsible lips, so as not to be misled by inaccuracies, which once again dominate the public debate.

For this, in view of the developments in the shareholder structure of PPC, please have immediate assurances, for the observance of specific commitments of the company, in the context of the Fair Development Transition, towards its employees, to those directly or indirectly employed in its activities, to the representatives of the region, but mainly to the citizens, who invest their trust in the future of the country in government, Despite the fact that, while they have long suffered the pressing effects of de-ligation, have not yet seen the corresponding compensatory interventions of the State. 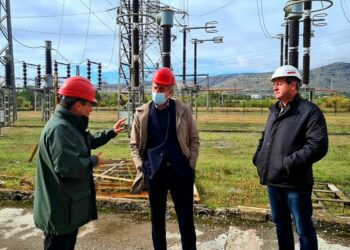 Visit of the Member of Parliament P.E.. Kozani Stathis Konstantinidis at the "new" Kardia substation 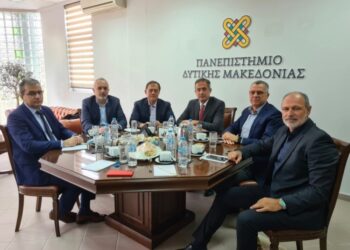 The Transition into our hands! statement of the Member of Parliament P.E.. Kozani Stathis Konstantinidis

Speech by the Member of Parliament P.E.. Kozani Stathis Konstantinidis, in Parliament, to the s / n of the Ministry of Justice for the pilot trial and the acceleration in the administration of civil justice.

Stathis Konstantinidis: "For the first time school meals in PE. Kozani. The relevant Government Gazette with the school units came out "

Following the relevant decision, for integration, for the first time, of PE Kozani in the program of school meals, I will...