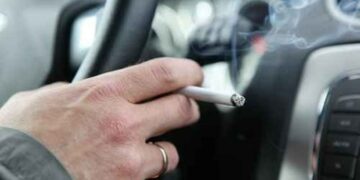 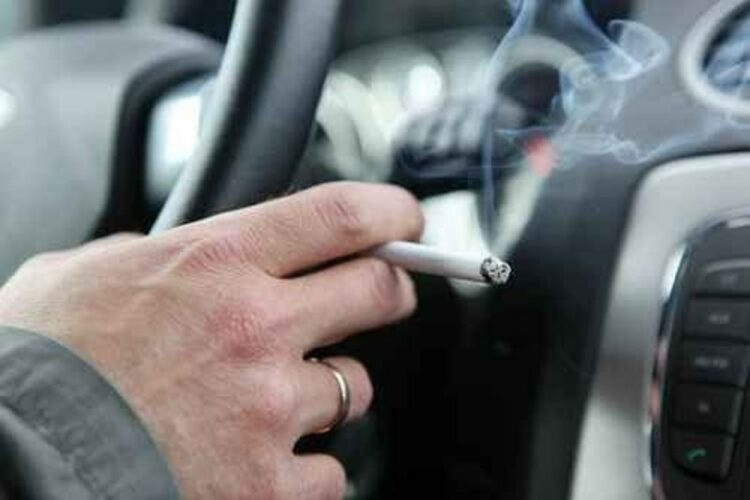 Unscrupulous drivers who throw a lit cigarette out of a car face a series of administrative fines and penalties, an action that could lead to a fire.

The issue returned to the news after the news of a fine imposed by the Fire Brigade in Halkidiki. As announced, the man in question was driving in the area of ​​Kriopigi, in Kassandra, Halkidiki, and threw a lighted cigarette out of his car. Firefighters patrolling the spot noticed his energy and "threw" him a fine 400 euro.

However, only the Fire Brigade is responsible for imposing a fine in case of cigarette rejection from the car; And what other fines and penalties are provided for this offense;
Throwing a cigarette from a car: What the law provides

The most responsible for these controls is the Traffic Police, although this violation can be confirmed by another police service (Immediate Action and so on.). The law explicitly mentions the offense of throwing a cigarette out of a car 4530 of 2018, entitled "Transportation arrangements and other provisions".

In paragraph e) of the article 29 it is pointed out that:

"Drivers of all types of vehicles which dispose of objects or substances which pollute or which may cause a fire or an accident outside their vehicle, such as cigarettes, are punished by on-the-spot removal of registration data and driving license, by the person certifying the infringement, for sixty (60) days »
The escalating fines of the Fire Brigade

In everything,as far as the Fire Department is concerned, the framework for the offense of throwing a cigarette out of a car is covered by 19/2020 Firefighting Order on "Procedure for the imposition of administrative fines for violations of fire protection legislation" (Government Gazette 2233 / Β / 11-6-2020).

The first offense in the infringement table (with code 4-1) is the "lighting of fire, dumping of lit cigarettes - matches and other substances on dry grass and / or other hot or explosive materials or objects in violation of. 4/2012 of the Fire Brigade).

The Base of the Fine for this offense is 150 euro. Nevertheless, the Fire Brigade provides for fines which are scaled according to the risk category, that is, the well-known fire hazard map of the General Secretariat for Civil Protection.

In the article 4 explains how the fine is calculated. The mathematical formula is as follows:

This means that the Fine Bases are added - that is, the minimum amount required- and then multiplied by the Fine Gravity Rate per risk category.

The rates are as follows:

The lower and upper limits of administrative fines for offenders, defined in par. 3 of the article 167 of n. 4662/2020 (A’27). This paragraph emphasizes that the minimum possible fine is two hundred euros (200€) and maximum, even in the event of a series of infringements, the five thousand euros (5.000€).

In case of committing the same violation - ie recurrence, within one year of the original, the fine imposed is doubled.
When smoking in the car is prohibited

Smoking in the car is allowed by law, with a very basic condition: Do not let a child under the age of ride in the vehicle 12 years. Violation of this regulation leads to very hefty fines. With the anti-smoking law (4633/2019) the non-smoking exemptions have been lifted, while the Police were "recruited" to the Authorities in charge of law enforcement.

In the article 3 of the anti-smoking law states that "smoking and consumption of tobacco products in all types of cars is completely prohibited, private and public use, when minors are under 12 years". With the same layout, "For the above violation, an administrative fine of one thousand five hundred is imposed (1.500) euros to the passenger who smokes regardless of whether he is a driver, while the fine is doubled to the amount of three thousand (3.000) euro, if the smoker drives a public car ».

In addition, the drivers of these vehicles must be deprived of their driving license for a period of one month for each violation, even if they did not commit the violation themselves., but a person riding in the car. The finding of the violation and the imposition of the aforementioned administrative penalties is done by the police. The provisions hereof shall apply to the procedure for the collection of fines and the disposal of revenue. 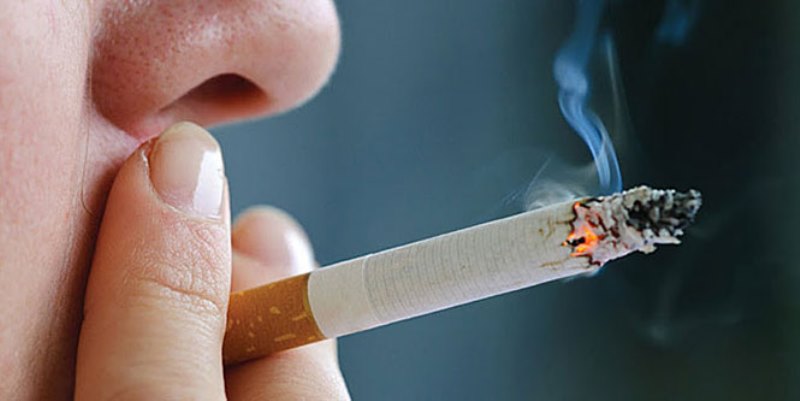 These foods help you quit smoking