The new Minister of Rural Development and Food, Mr.. Lebanon at the suggestion of the Regional Governor of Western Macedonia George Kasapidis

The Minister of Rural Development and Food, Mr.. Lebanon in the proposal of the Regional Governor of Western Macedonia George Kasapidis for the operation of the Livestock School in Vlasti.

Mr.. Kasapidis, presented to the Minister the complete proposal of the Regional Authority for the operation of a Model Center of Excellence in Mountain Livestock in this mountain settlement of Western Macedonia. Στις εξαιρετικές εγκαταστάσεις της Σχολής θα υπάρχει η δυνατότητα να εκπαιδεύονται οι κτηνοτρόφοι σε θέματα ζωοτεχνίας και παραγωγής τελικών ζωοκομικών προϊόντων. Alongside, Agricultural research and genetic improvement actions of the indigenous mountain sheep and goat breeds will be developed by the University of Western Macedonia and the Aristotle University of Thessaloniki..

The minister, expressed the warm support of the project of the Region, asking the Administration of ELGO as a competent body of the Ministry to close the issue as soon as possible.

In this direction, already the Region, in collaboration with the Faculty of Agriculture of the University of Western Macedonia, the Veterinary School of Aristotle and ELGO, elaborate the institutional framework of the Center. At the same time, in collaboration with the Decentralized Administration and the Municipality of Eordaia, they are preparing the final program contract of all involved.

In his statements, the Regional Governor expressed his satisfaction for the fervor of the Minister and. Lebanon on agricultural education issues, Emphasizing the undiminished interest of the Minister of Interior, Mr.. Βορίδη, to the Ministry of which the Vlastis Livestock Center is administratively subordinated.

End, to note that according to the Regional Governor of Western Macedonia George Kasapidis the goal of the Regional Authority is the start of operation of the School from the new period (September), while summer courses are planned for breeders for the current period.

Another step forward in the implementation of actions and projects related to the biological sciences and beyond, έκανε...

They were approved today, Wednesday 5 May 2021, by the Economic Committee of the Region of Western Macedonia, the Auctions and the Terms of the Announcement ... 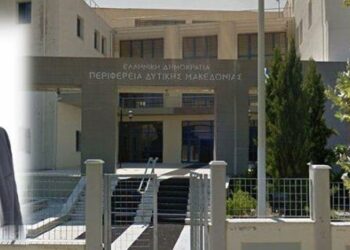 Approval of the plan and terms of the Program Contract for the project entitled: "Infrastructures to support Entrepreneurship in PE. Kastoria "total budget 1.000.000. euro

Approved today Wednesday 5 May 2021, by the Economic Committee of the Region of Western Macedonia, the plan and its terms ...