The government establishes a sex education program in schools, as announced by Kyriakos Mitsotakis.

"We are extending the sex education program to all schools from September, which was piloted this year ".

The initiatives announced by the Prime Minister are as follows:

First: Changes the Penal Code in the direction of tightening the penalties for offenses against sexual freedom. Especially for minors, the statute of limitations will be suspended until the victim comes of age., with new age limits. While specific cases will now be heard as a matter of priority.

Secondly: A central web portal is launched, metoo.gov.gr, where all our information and all our policies around this issue will be gathered. The innovation is that in this portal can be submitted complaints via real-time chat.

Thirdly: A special register is established for all professionals who come into contact with children and adolescents. In this, under strict conditions, Coaches and staff in camps or refugee structures will be enrolled and generally anyone working with children. The Registry will operate in cooperation with the Ministry of Justice, the EL.AS. and police authorities.

Fourth: A central structure is set up in the General Secretariat for Family Policy and Gender Equality for the evaluation but mainly for the out-of-court settlement of this category.. While the contract will soon be ratified in Parliament 190 of the International Labor Organization, of the ILO, to eliminate violence and harassment.

Fifth: In agreement with the social partners, Mandatory codes of conduct are established in each company, with provisions for conduct and sanctions on those who do not comply. Giving a relevant example, Kyriakos Mitsotakis referred to the so-called "open door" policies implemented in many countries. Based on these when a subordinate enters the office of a boss, the door must be open for obvious reasons. These are not difficult interventions.

Sixth: The possibility of the mandatory availability of the alleged perpetrator with suspension of compensation until the clarification of the specific case is established.. Because, as he said, in a state governed by the rule of law no one is guilty until convicted by Justice. The interventions will not only concern the private sector. It will be extended to the disciplinary law of civil servants, of NSS doctors, of the Security Forces, introducing a special disciplinary offense of harassment in the workplace.

Seventh: The sex education program, which was piloted this year, extends to all schools from September. Why, as the Prime Minister pointed out, Respect, not only in the opposite sex but also in diversity, must be taught early.

These interventions, which I am announcing today, not limited to the private sector. That is why in the disciplinary law and of the civil servants, of NSS doctors, of the Security Forces, a special disciplinary offense of harassment in the workplace is introduced.

End, and I consider this very important, we are expanding to all schools now, from September, the sex education program, which was piloted this year. Because respect, not only in the opposite sex but also in diversity, must be taught early.

Mitsotakis: After Easter the opening of the restaurant 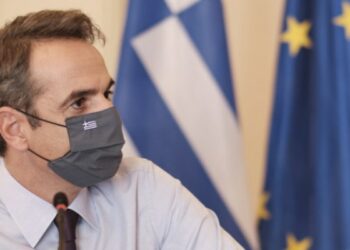 Mitsotakis on CNN: Announcements for relief of the measures in the next 48 hours

For the green digital certificate but also for when it expects the current wave of the pandemic to begin to decline,...

New support measures were announced by Prime Minister Kyriakos Mitsotakis and will then be specified by Finance Minister Christos Staikouras. In detail the ... 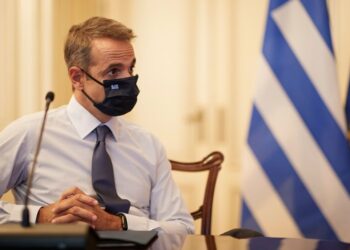 Kyriakos Mitsotakis referred to the intensive efforts made in order to start the project that had been blocked by the EU..