Santorini: She killed him for 200 euros and burned him with vodka

Heavy rains and thunderstorms occurred from Kirki until Wednesday morning in the Southern Ionian, in the Peloponnese and Crete.


As shown in the table that follows and presents 8 stations in the network of automatic meteorological stations of the National Observatory of Athens / Meteo.gr that recorded the highest rainfall heights, in Sfakia, Chania fell 34 millimeters of rain followed by Lentas of Heraklion and Kandanos of Chania with 30 millimeters of rain. 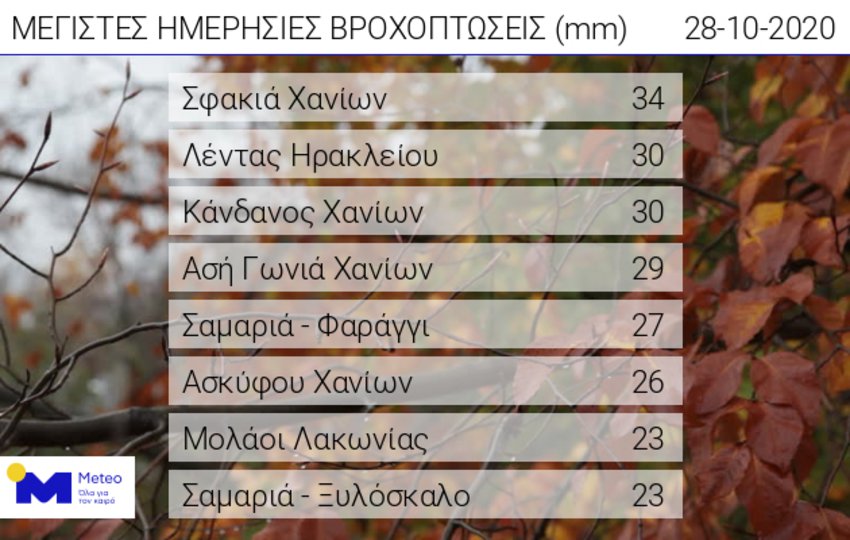 The phenomena in the coming hours are expected to extend to Central Greece, in Thessaly and the Cyclades, while from noon they will gradually affect the rest of the Aegean, Central and Eastern Macedonia and Thrace. Chance of hail is mainly in the Central and South Aegean and from the afternoon in the Eastern Aegean. The map below shows the total precipitation (rain / hail) expected by Wednesday night 28/10 as well as areas where there is a possibility of hail. 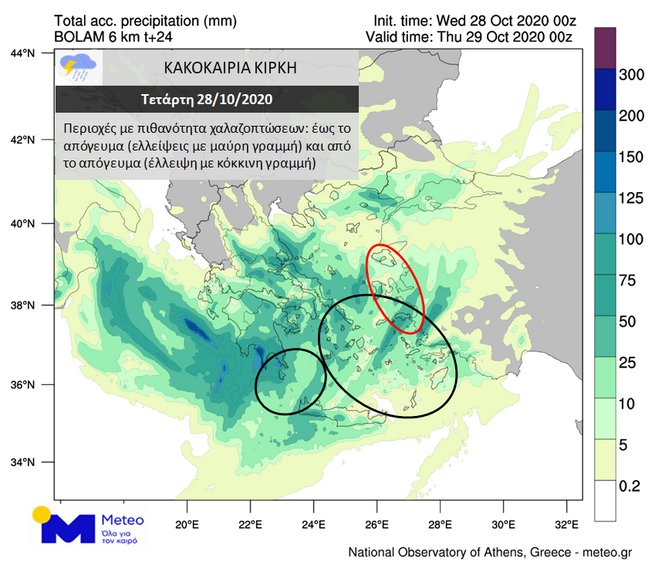 In Attica, rains are expected from the morning hours which will gradually intensify while thunderstorms will occur.. The effects will weaken significantly towards the end of the twenty-four hour period.

On Thursday 29/10 rains and thunderstorms will occur mainly in the south, east and northeast continents, in the Aegean and Crete. The effects will gradually be limited to the Eastern and Southern Aegean and Crete until the afternoon.. The northwest winds in the Ionian will not exceed 6 Beaufort, while in the Aegean the initially changing winds up to 7 Beaufort will gradually become north to 6 Beaufort.

EMY emergency bulletin: Bad weather is coming in the next few hours

The cold is bitter today in the semi-mountainous parts of the country as well as in the plains of Northern Greece.. Στον πίνακα...