Information from the meeting of PSDM on the subject: "Support for Small and Very Small Enterprises Affected by the Covid-19 Pandemic in Western Macedonia"

At yesterday's meeting of the Regional Council of Western Macedonia where the issue was "spatial planning", entered the agenda before the agenda for discussion the issue of the subsidy of "Businesses affected by the pandemic". For our part, we agreed (like all factions) to have this discussion but to follow a special meeting of the PS with this unique issue as requested by the professional bodies.

During the presentation of the issue by the Regional Governor, where we waited and all the professionals who were blatantly wronged, an elementary self-criticism on his part, we were refuted. Not only did this not happen but Mr. Kasapidis tried to shed the main weight of the debate elsewhere by attempting a failed distraction..

Specifically raised the issue of black, undeclared and uninsured work, even addressing by name to the leaders of the factions but also to regional councilors "to take a stand to combat these phenomena and to support healthy entrepreneurship"….. Apparently he wanted to go on the counterattack, meaning that "these shopkeepers who were wronged and protested do not respect the payroll, their employment and insurance obligations to employees.

As far as we are concerned, we have no doubt that there is an undeclared one in our area, uninsured and even unpaid work and that too many employers are waiting to get back the gift they just gave the employee; They even exist in huge percentages, especially in our Area. But we have not discovered this problem now but for decades and we are fighting to eliminate it first of all in the workplace, με καταγγελίες στις Επιθεωρήσεις αλλά και στα δικαστήρια υπερασπίζοντας τους εργαζόμενους.

On the contrary, Mr. Regional Governor, he found out now and not because he really cares about the overexploitation of workers but to "blur the waters" to escape the "popular rage" over the "list" of subsidies, that justifiably, δε λέει να κοπάσει. Άλλωστε ο ίδιος στηρίχτηκε από τη Νέα Δημοκρατία την οποία υπηρέτηση 16 years as an MP and which as a Government but also as an opposition "ditched" the working class supporting with its nails and teeth the employer and the Capital.

The general conclusions of yesterday's debate are:

The general conclusion that emerges from yesterday's meeting of the PS but also from the whole process of subsidies is that the Government, EU and the Regional Authority that follows them, are not at all interested in closing businesses and professionals who are on the brink of poverty and have nothing to eat. They are interested in strengthening large business groups, trusts and store chains expanding for complete dominance in both catering and clothing and everywhere. This is the same policy that we lived through throughout the decade of the memoranda and resulted in its closure 40% of small businesses.

Its representative "Left Coalition for the OVERTHROW in Western Macedonia"

ARSY: Proposals for the installation of photovoltaics and wind farms in Western Macedonia

ARSY: No to the Privatization of popular markets

Next stage of implementation of anti-popular policies for the government, the popular markets. One of the most historic institutions of society, as... 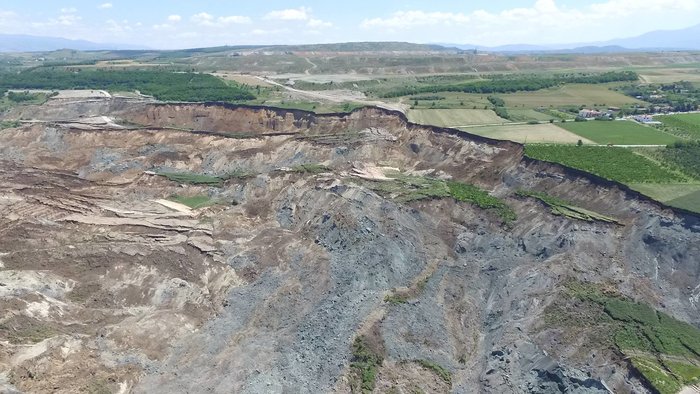 ARSY: Proposal for Amyntaio Mine and solution of environmental problems of the surrounding Area

As a Regional Scheme we have supported from the beginning, after the Prime Minister announced the closure of lignite production, ότι τα περιβαλλοντικά προβλήματα...