The organization of the 8th Rally Greece Offroad in Argos Orestiko, Kastoria

The organization of the 8th Rally Greece Offroad in Argos Orestiko, Kastoria

The heart of motorsport beats in Argos Orestiko of the Regional Unit of Kastoria, where the 8th International Rally Greece Offroad Car Race is taking place.

In the area is the Head of the Office of the Prime Minister in Thessaloniki Maria Antoniou together with the Deputy Minister of Sports Lefteris Avgenakis, who embraced and supported the initiative. 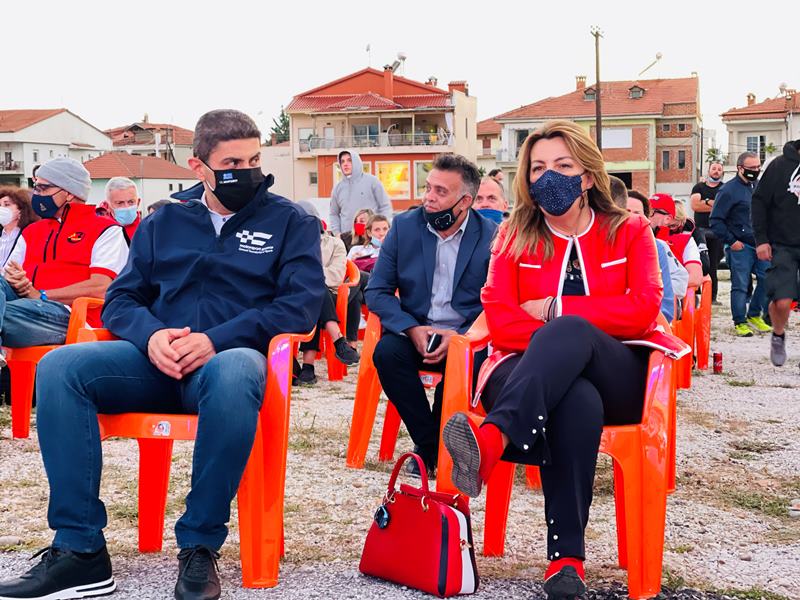 The race, in fact, will be evaluated by the International Automobile Federation (SON) as "Nominated for the FIA ​​European Baja Cup".

Kastoria becomes the focus not only of the Greek but also of the international "offroad" scene.

The participants, hosted in this remote corner of the country, compete on special routes, enjoy the beautiful landscapes of Western Macedonia and promise a unique spectacle.

"Our goal is for this fight to be included in the lists of international meetings and to be a factor of economic development of the region.. We support motor sports and wish them a bright future ".

A man was found hanging from a tree in Kastoria

The local community of Argos Orestiko in Kastoria is shocked, as a man around 58 with 60 years was found dead. According...

Later the schools in Argos Orestiko on Thursday

All Primary and Secondary Schools, the Ε.Ε.Ε.Ε.Κ., the Kindergartens, the Nursery School and the KDAP MEA ...

The decision for the schools in Argos Orestiko

By decision of the Mayor, all the schools of the Municipality of Argos Orestiko (Primary, Secondary, Ε.Ε.Ε.Ε.Κ., Nurseries, Nursery and KDAP MEA)...