The regulations of the bill of the Ministry of Education for the introduction in the higher education will have catastrophic consequences for the regional Universities and especially for the Departments of the University of Western Macedonia in Grevena.

Calculations based on last year's data show that the reduction of admissions in the two Departments operating in Grevena may exceed 95% and therefore will close. At the same time, it has been announced by the Minister that the restructuring of the academic map of the country is imminent before the submission of this year's computer programs, which we do not know if it includes the Departments of Grevena or the University of Western Macedonia..

All this is done in the middle of the year, with the pandemic and de-lignification in progress and with a study by the Ministry that raises many questions. The public consultation of 7 days (with operating problems on the site) cannot be considered a substantive dialogue.

It is obvious that the operation of the Universities has enormous development effects in the place where they operate. The Departments of the University of Western Macedonia give life to a long-suffering area, affected by unemployment, την υποβάθμιση και την εγκατάλειψη από μέρους της πολιτείας.

The closure of the Departments will deprive Grevena of any prospects for development and will bring despair to the citizens., while igniting a sense of injustice. Thousands of children have studied in the Departments of Grevena, which although they did not catch the so-called import base as the Ministry means today, they then had a remarkable course.

It thus proves that they should not have been deprived of the opportunity to study due to an admission base which is artificially created by the degree of difficulty of the subjects raised each year by any committee..

Which committee, without having democratic legitimacy (as he is not elected by anyone) will determine through the degree of difficulty of the subjects the number of entrants each year, will determine in other words whether an area like Grevena will live or die. This is unacceptable.

We call on the Ministry to withdraw the bill as it has not a single positive consequence for the regional Universities and especially for the University of Western Macedonia.

We call on the Ministry to start a meaningful dialogue with the Universities and the local bodies, dialogue to the extent that it enables citizens to be fully informed of developments.

It is not possible to pass without dialogue and in the midst of the pandemic a bill that will have catastrophic consequences in areas like Grevena for decades, while it will exclude thousands of children from their admission to higher education, including children of our place.

End, vague and vague arrangements are not accepted and that "something will happen to you". Grevena do not require in order for them to live, instead they require not to deprive them of the last and only prospect of development. 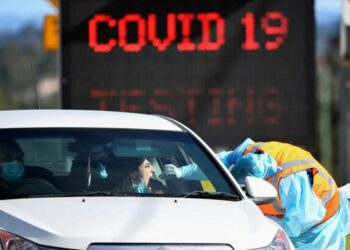 Municipality of Grevena: Citizens have to pick up their pet dirt from public places

Municipality of Grevena: Extension until 31 March for the submission of supporting documents concerning the exemption of cleaning and lighting fees

The Municipality of Grevena, responding to a relevant request of the Association of Owners of Cafes - Catering Entertainment Centers - Cafes & Συναφών...