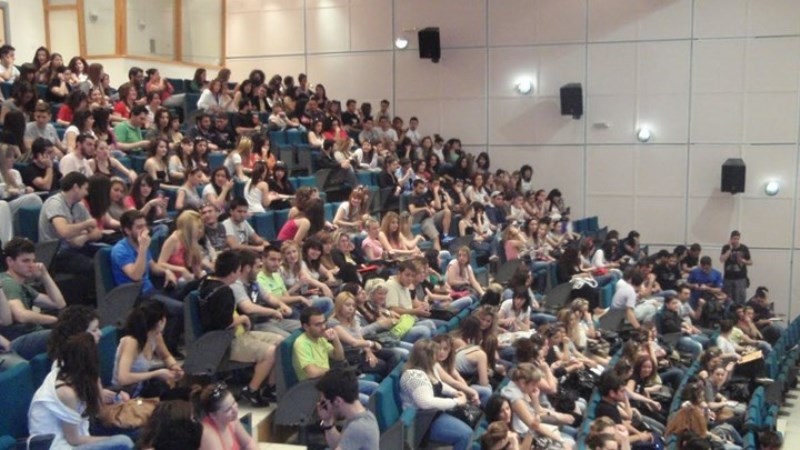 Finally to the eternal students: There is a upper limit for attending universities

Finally to the eternal students: There is a upper limit for attending universities

OPPI: The new university police - All the changes in the computer and the admission bases - Kerameos Suggestion

Το «πράσινο φως» άναψε χθες το υπουργικό συμβούλιο για τις αλλαγές σε βάση εισαγωγής, computerized bulletin, university police and university tuition ceiling. Οι πρυτάνεις έχουν συμφωνήσει ομόφωνα για την βάση εισαγωγής και κατά πλειοψηφία για την πανεπιστημιακή αστυνομία. POSDEP is positive with the creation of a Special Protection Team of a University Institution, but the House should be under the supervision of the rectors and not by the police while the trade union body of the universities agrees with the entry with IDs.

This means that after the upper limit of attendance N + ½Ν, students will be expelled from the University. The regulation will apply to new students, while for existing students there will be transitional provisions. There will be exceptions for work / part-time cases, for serious health reasons or for other exceptional reasons. As the Minister of Education pointed out, “with this regulation, it is shielded, so, further the prestige and level of studies, the graduation rate improves (which is currently the lowest in the EU) and human resources are faster integrated into the labor market ".

In everything,with regard to institutional changes ελάχιστης βάσης εισαγωγής (ΕΒΕ): Each University Department will set as EBE a percentage of the average performance of all candidates in the total of four courses of the scientific field to which the Department corresponds. This change aims to ensure the academic requirements for successful study and timely completion of studies, therefore also shielding the prestige of university studies and reducing the rate of non-completion of studies, which today is approaching 30% of the total. also, The aim is to strengthen the autonomy of HEIs and the ability of each department to shape its academic profile, as for the first time a decisive role of the universities in the admission of students is foreseen, but also securing candidates, as the input base is disconnected from the ease or difficulty of the subjects.

THE selection μίας βάσης εισαγωγής, horizontal or not, in absolute size and for all sections, e.g. its base 10, did not qualify, as on the one hand it would inextricably link the admission of candidates with the degree of difficulty of the subjects, causing pressures in the choice of topics, on the other hand the curricula have significant differences and it is necessary to be able to differentiate the academic requirements for admission to them.

Target των προτεινόμενων ρυθμίσεων είναι να δοθεί μεγαλύτερη βαρύτητα στην εκπεφρασμένη προτίμηση των υποψηφίων σε Πανεπιστημιακό Τμήμα εισαγωγής. They are encouraged, so, the conscious choices in completing the computerized form, while the reduction of the number of successful students in a school of "random" choice is achieved, the upgrading of the quality of studies with the participation of students who selectively choose these departments, reducing the need for transfers, the elimination of the phenomenon of extremely low import bases, threatening the devaluation of university studies and the prestige of Greek universities, but also the student course of the admitted. The two phases will work as follows:

Phase B.: ακολουθεί την ανακοίνωση των επιτυχόντων της Φάσης Α, Only those who are not admitted during Phase A participate and their options are limited to those Departments that have vacancies left from Phase A. Input bases remain stable.

It is worth noting that the proposed regulations do not affect in any way the preparation of this year's candidates in the Panhellenic exams., as the changes do not concern the courses to be examined, the material or anything related to their preparation. They only concern their classification in the schools of their choice, after the results of the national exams have been published.

This package includes the extension of security measures in the field of universities, such as controlled entry, strengthening the provisions of disciplinary and criminal law, with the introduction of an integrated framework, with the aim of preventing and preventing acts of violence and lawlessness at the University, and the σύσταση ειδικής Ομάδας Προστασίας Πανεπιστημιακού Ιδρύματος (ΟΠΠΙ), consisting of officers and special guards of the Greek Police who will be hierarchically subordinated to the Chief of the Hellenic Police. The goal is to improve the academic environment, a space for the free flow of ideas, seamless research and teaching.

The Minister of Education Niki Kerameos stated: "With these packages, we seek a comprehensive upgrade of studies in higher education, improving the academic environment, ensuring more targeted and better choices for students and greater autonomy for our Universities. These are arrangements that are part of our design for the holistic treatment of chronic pathogens, but also the impetus of our Institutions in an upward course, who deserve and can succeed thanks to their exceptional human resources. Final beneficiary, the educational community as a whole and consequently our society as a whole. "

"Phenomena of violence can no longer be tolerated", says POSDEP, the trade union body of the university students. For this reason POSDEP is positive with the creation of a Special Protection Team of a University Institution, but the House should be under the supervision of the rectors and not by the police. The guard body should act as a deterrent and will intervene ex officio based on business plans and rules that will be prepared in collaboration with the universities with the competent public authorities and based on the local needs of each University, say the academics.. also, say "yes" to entry control with academic IDs.

The POSDEP Board requests the strengthening of the university guard with the establishment of a special independent guard body, according to international experience mainly from EU countries. The guard body will be staffed by personnel hired by the state, ideally through ASEP, with specific qualifications, will have appropriate training from the competent bodies and will be paid by the General Government. It is necessary to describe in detail the responsibilities of the guardianship service of the HEIs, as happened e.g.. with the PD 23/2002 for the Municipal Police. The guard body should act as a deterrent and will intervene ex officio based on business plans and rules that will be developed in collaboration with the HEIs with the competent public authorities and based on the local needs of each University.. The special guard body must be supervised by the Rector and not by ELAS, therefore the position of POSDEP differs substantially from the proposal of the Ministries of Education and Citizen Protection.

What do the rectors say?

The Synod of Rectors, after the completion of four days of work in the announcement stresses: "In everything,regarding the problem of violence and delinquency, the Summit recognizes the need for a substantive, a realistic and effective protection initiative, security and custody of institutions. Differing views were expressed on the form of security enhancement within institutions and on the character and administrative integration of the university guarding body. The majority of the members of the Synod are in favor of the proposal for controlled access, especially in the critical areas of the HEIs.. We await the final written specialization of the legislative proposal of the Ministry regarding the issues of security and guarding. Regarding the proposal of the Ministry for the way of calculating the import bases, Insists on the previous positive view expressed at the extraordinary meeting of 15 December. It is noted that for the first time. There was also reflection, regarding the possibility of affecting University Departments with the proposed new method of calculation. For this reason the HEIs are waiting for the sending by the Ministry of the statistical data from the examinations of the last years, so that there is a thorough study before we reach our final position ". 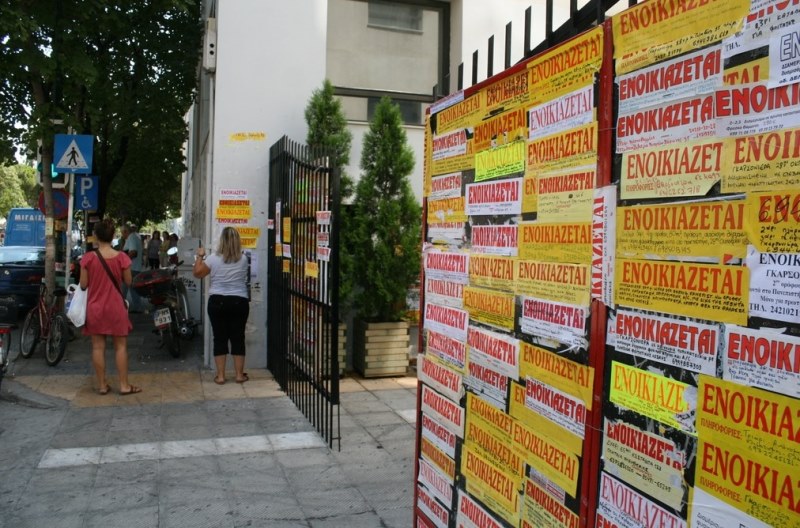 Kozani: Adequacy of dormitories from 160 to 270 euro

At the same levels as last year, The prices of rented student houses in Kozani are expected to move, according to estimates ...