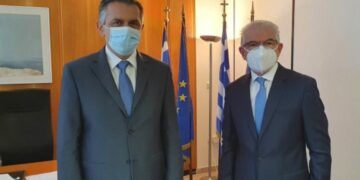 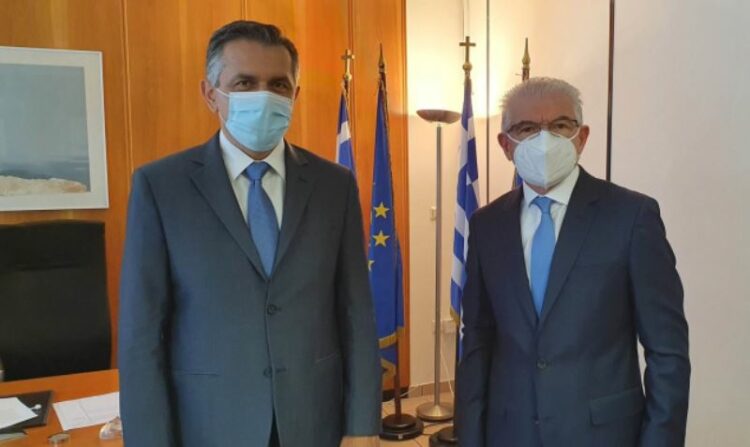 The issue of compensation from ELGA. was the subject of the discussion of the Regional Governor of Western Macedonia George Kasapidis with the President of ELGA. Andrea Lykurentzo, during his visit to Athens.

From the meeting it emerged that they are included and will be evaluated according to the terms of the Regulation of ELGA.. and crops, which at the time of the frost were not in the flowering stage and are not formally compensated by the current Regulation of ELGA. Compensation will be paid to the affected producers for these crops.

It was also the subject of discussion, the course of the evaluation project which is progressing satisfactorily, especially after the strengthening of the ELGA Branch. Kozani with 25 additional Agronomists - Appraisers.

End, reference was made to the Government's Plan for the strengthening of ELGA. in order for the Agency to be able to make compensation payments on time, that is, the period during which farmers would receive money from the sale of their produce on the domestic market and abroad.

The regional council of Western Macedonia is meeting on Tuesday 10 August (by teleconferencing through the servicee: Presence.gov.gr) and time 16:00, with... 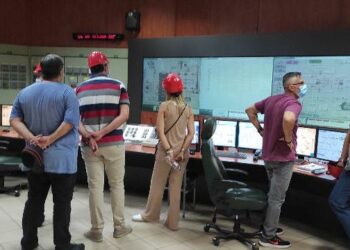 The Region of Western Macedonia at OIKODOMI EXPO 2021