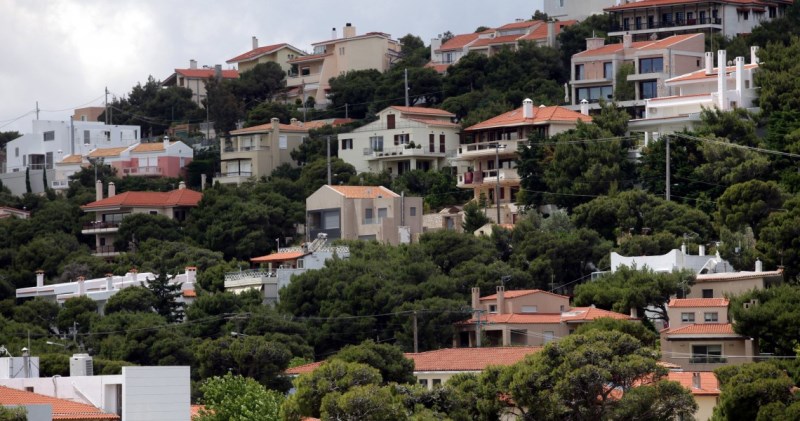 In the abolition of derogations for off-plan construction on plots below 4 acres, but at a depth of 6 years, The Ministry of Environment and Energy is finally moving forward with a bill submitted to Parliament yesterday, which resolves a number of spatial and urban planning issues..

The setting for off-plan construction, which in its original form at the stage of the public consultation had provoked reactions in the technical world, concerns the plots:

According to RIS, is given "sufficient transitional period for those who want to issue a building permit. In the 2 years that have the opportunity to issue a building permit to those who want it does not take into account the time needed for the permits of the forest department or the archeological service. In addition, the building permit is valid for 4 still years (with the possibility of revision). That is, at least in total 6 years. Additionally, the owners who will not proceed with the issuance of a building permit reserve the right to build on the basis of what will be defined by the local and special urban plans that will be prepared very quickly., as mentioned above ».

This practically means that with the changes promoted by RIS the owners in 2 years that have the opportunity to issue a building permit to those who want it does not take into account the time needed for the permits of the forest department or the archeological service. In addition, the building permit is valid for 4 still years (with the possibility of revision).

Alongside, nothing changes for the off-plan construction in 4 acres and above, until the adoption of local urban plans.

Another provision of the bill limits the time for the preparation of urban studies to 2,5 years and immediately begins the largest program of urban studies carried out in the country: 500 Local Budget Plans 200 million. euro.

The Local Urban Plans will start as a priority from the island country (Crete, Cyclades, Dodecanese, North Aegean, Ionian) and tourist areas as a whole. It is envisaged that by 2023 will have been approved in 350 administrative units, that is, in 32% of the country, while up to 2028 will have covered the whole country with Local Urban Plans.

At the same time:

The Ministry of Environment is activating the Transfer of Building Factor through the spatial planning bill, while excluding the inclusion of large arbitrators from the process.

As follows from the provisions of the draft law, is carried out through the Digital Earth Bank. The details of the real estate offer and reception of building factor are registered by their interested owners.

At the same time, through the Land Bank the municipality will be able to intervene in abandoned properties, to bind them, to restore them with funding from individuals, who will undertake their operation through a tender for some years and as soon as the cost of restoration is amortized, to return them to the owners. If in the meantime the owner appears and wishes to take advantage of it himself, will be able to do so by paying the cost of restoration.

Digital Earth Bank will also be able to carry out exchanges of building cooperatives, which are blocked either because they are forest or for some other reason and are not buildable, with other public areas which are available and can be built. Alongside, will allow municipalities to sell a rate of foreclosed undeveloped properties, so as to obtain resources to expropriate additional plots, in order to build common areas.

It is reminded that MSD covers properties for which the owner is not allowed to use the full rate applicable in the area.. From these categories of real estate the owner can request the issuance of a title deed transfer certificate, which will give him the right to transfer the remaining rate of his property.

Individual issues are regulated for the arbitrary

As RIS had made known, The bill regulates individual issues for the arbitrary, as it emerged from the settlement process, various problems came to the surface. So, at the request of the technical world, the ministry decided they fall into the category 4 and the following cases are permanently excluded from demolition:

- constructions made on the basis of a legal building permit, when made on a property that was then subdivided, and exceed the planned construction and coverage, as calculated on the property formed after the partition (Arbitrary constructions are not included in the present case and are not definitively excluded from demolition if they are located in a front yard by more than 20 from.).

Alongside, penalties for arbitrary constructions and changes of use of the category are suspended 5 (very large violations) for properties located in areas that have been declared within the year 2020 in a state of civil protection emergency, real estate acquired through compulsory auction, real estate acquired by inheritance, properties leased under a leasing contract and returned to the use of their owner or usufructuary after the termination or expiration of the contract, properties that are transferred to ETAD SA. according to par. 4 of the article 196 of n. 4389/2016 (A' 94).

As the Free Press has already written, Ministry of Environment postpones fines for inconsistent citizens and gives a one-year credit for declaring final registrations, ending 31 December.

particularly, is activated by a ministerial decision to be issued within 6 months, to give owners sufficient time to comply, the overdue property declaration fine and it is now stipulated that this fine will depend not only on the value of the property, but also from the time of the delay. The amount of this fine will vary from 300 in 2.000 euro, depending on the value of the property and will be increased according to the time delay of the declaration.

In addition, in the bill there is a regulation which gives an extension for one year to the final entries in the Land Registry for 297 areas of the country in which the cadastre started before 2006. This allows the owners to 31/12/2021, and taking into account the consequences and difficulties caused by the pandemic, to escape the characterization of their property as an unknown owner.

"The bill for the modernization of spatial and urban planning legislation is a major reform. We face, taking into account the results of the consultation, the big issue of off-plan construction, which is a Greek original. We proceed measured, without surprising the owners, but also decisively, as Greece must become Europe in this issue as well. Our main tool is the elaboration of Local Urban Plans, for which a special coordinator will be appointed. With the regulations of this bill, the owners will be able to use their property, but with rules that will protect the environment ", said the Minister of PEN, Kostis Hatzidakis, on the occasion of the submission of the bill to Parliament.