Study from the University of California

Study from the University of California

Flavonoids and antihypertensives in tea

New findings help explain the antihypertensive properties of tea and may lead to the design of new drugs to lower blood pressure.

Published in Cellular Physiology and Biochemistry, the discovery was made by the laboratory of dr. Geoffrey Abbott, Professor in the Department of Physiology and Biophysics of Medicine at the University of California.

As KCNQ5 is found in the smooth muscle that aligns blood vessels, its activation by tea catechins also predicted the relaxation of blood vessels, prediction which was also confirmed by researchers at the University of Copenhagen.

What we know about KCNQ5 and hypertension

Previous studies have suggested that consuming green or black tea can lower blood pressure by a small but steady amount, and catechins have been found in the past to contribute to this property..

Identification of KCNQ5 as a new target for the hypertensive properties of catechin tea may facilitate the optimization of medicinal chemistry for improved potency or efficacy.

In addition to its role in controlling vascular tone, KCNQ5 can be found in various parts of the brain, where it regulates electrical activity and signaling between neurons.

There are pathogenic variants of the KCNQ5 gene that affect channel function and thus cause epileptic encephalopathy, a developmental disorder that causes severe cognitive impairment and causes frequent seizures.

The secret to gaining all the benefits

The team also found that heating green tea in 35 degrees Celsius alters its chemical composition in a way that makes it more efficient at activating KCNQ5.

"Regardless of whether the tea is consumed iced or hot, this temperature is reached after consuming the tea, as the temperature of the human body is about 37 degrees Celsius ", the researchers explain.

"So, just drinking tea we activate the beneficial, its antihypertensive properties "they conclude. 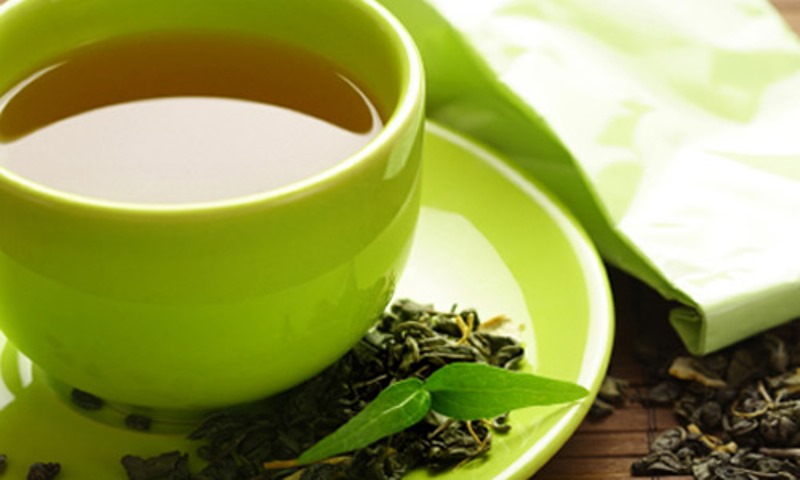 Green tea: Because it will help you live longer

Of all the drinks that are good for our health, tea dominates everything,as far as longevity is concerned. Different types ...

Green tea with lemon: 10 top health benefits from consuming it

Green tea with lemon juice is a soothing drink that can be enjoyed at any time of the day. Is...

Drinks that will help you fight the annoying bloating and get a flat stomach. The hasty consumption of food,...

Green tea with lemon: 10 top health benefits from consuming it

Green tea with lemon juice is a soothing drink that can be enjoyed at any time of the day. Is...